Don’t buy a lithium stock until you’ve read this 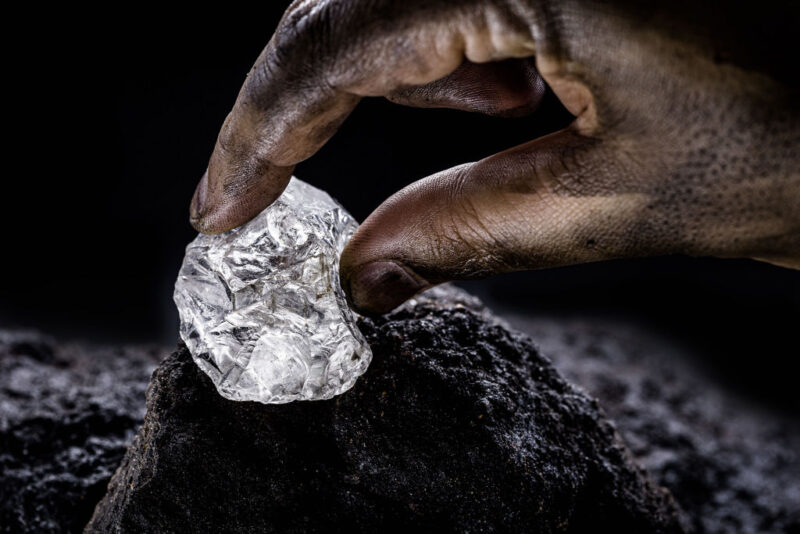 Another day and another rant against lithium coming your way.

We’re not talking about large traces of lithium, mind you. The amounts are not remotely enough to define a resource, nor enough to give the market an estimate on when the companies in question could be producing.

The companies announcing that they’ve “found lithium” are saying so with just a sliver of the stuff in a core sample or two. They’ve then alerted their PR team to tell the market the good news.

Not to be outdone, French minerals company Imerys announced that it will be producing lithium hydroxide by 2028, estimating that its resource should power 700,000 electric vehicles (EVs) across Europe over 25 years.

Lithium is becoming increasingly topical across Europe, as almost all of it is imported. The European Commission (EC) President Ursula von der Leyen said in September that “lithium and rare earths will soon be more important than oil and gas”.

A Europe where lithium is more important than gas and oil?

Remember that we are talking about a waste metal that 20 years ago was a problem for miners, so much so that they had to pay to get rid of it. The EC president is now suggesting that it will become more important than hydrocarbons. These are the very same hydrocarbons that have been the basis of economies and society for over a century…

I’ve written about it before, but if there is a metal that is very close to being the “new oil”, lithium is not it.

That, of course, hasn’t stopped everyone “drinking the Kool-Aid” that is lithium – so much so, that the lithium spot price is up 700% since October 2020.

When one commodity is heralded as the answer to all of our problems and the price subsequently soars… the words that I can think of to describe the situation are unprintable in a family-friendly publication like Exponential Investor.

*sigh* I’m too young to be this cynical, but even with my short 15 years in the markets, this isn’t the first time I’ve watched a metal being overhyped.

When diesel cars were the answer, and the EU and China tightened rules around emissions, the palladium price rose more than 250% in just two years.

And again, when biofuels became de rigeur in 2007, the price of a fertiliser called diammonium phosphate (called DAP for short) rose more than 200% in just under a year.

You get the picture. We’ve seen this kind of hype before…

Lithium is trapped near the peak of the hype cycle

Is lithium essential for the emissions transition? Right now, absolutely.

But is it the only metal that will power us? Absolutely not.

There has been advances in sodium electric batteries, for example. Magnesium is another possibility that could replace lithium.

In fact, it may not even be metal powering us, as my fellow editor Sam Volkering pointed out this week.

It’s not a fault of the scientists working furiously behind the scenes to develop a better, more dense battery. It’s just that right now, they haven’t got a better one that can be mass produced.

My issue, rather, is with the inaccurate analysis (and shameless promotion) of lithium and the resulting misallocation of funds.

These forecasts of how much we are going to need so far into the future are blown out of proportion.

Yes, supply and demand for lithium are butting up against each other at this moment.

But technology is developing at such a rapid pace that it is unlikely that lithium will be the saviour of our future. Further, I highly doubt the lithium-ion battery is the final metallurgy.

To boot, it’s nigh impossible to make a forecast about lithium being the most important metal eight years into the future, when in 2014, graphite was the answer for the powering of EVs .

For the purposes of this discussion, ask yourself not where lithium can be found on this planet. Instead, ask where the metal can be found in the Hype Cycle, an analytical tool developed by research consultancy Gartner.

While the Gartner Hype Cycle chart was drawn to demonstrate innovation, adoption and social application of technologies, it works equally well when applied to “in-demand” commodities when their price suddenly surges. This makes sense when you consider that surge in predicted demand for commodities is often closely associated with the rise of a particular new technology.

My point is, as science evolves, lesser-known, rarer metals come in and out of fashion.

What we really need more of are the boring old metals that are part of our everyday life and have been so for centuries.

My problem with metals in a hype cycle, is that the price surge is often short lived. There is the advent of private equity at the start of the bell curve, and retail investors getting sucked in at the peak.

More to the point, it takes money out of other commodity investments that are needed more.

Lithium might be needed for all future EVs, but it still doesn’t solve the electric battery demand problem.

For any amount of lithium in an EV battery by weight, the amount of copper is four times as great.

No matter how much lithium is taken out of the ground solely for EV batteries, miners can’t extract the required amount of copper at the same rate.

Yet most copper miners, despite being the backbone of the energy transition, can’t get funding for exploration because hot money has flooded into lithium.

It’s a similar story for tungsten.

Tungsten, a very unsexy yet internationally recognised critical metal, couldn’t get a headline even if it had its picture taken with the latest UK prime minister.

Tungsten – a metal with the highest melting point of all metals – is a powerful alloy that underpins anything that needs to be hardened. Whether you’re talking about television tubes, dentistry, drill bits, defence weapons… it’s essential to our way of life. Meanwhile, 70% of its resources are in – you guessed it – China, with the rest scattered around the world in largely undeveloped mines.

China already dominates the export market of tungsten through licences and quotas. China’s government banned rare earths exports in 2011, largely contributing to their price bubble in 2011. Given tungsten’s diverse utility, it’s very easy for the Chinese government to weaponise this metal and ban exports of it.

Critical metals are just that, essential for the functioning of modern tech that underpins our economy and national security.

Lithium is just one of 50 metals on the critical metals list. It has been grossly over-hyped and over-pumped.

If you’re looking for a metal that will benefit from the energy transition, check out some of the boring metals on the critical metals list that is compiled by the International Energy Agency (IEA – a Paris-based think-tank). Those metals are critical for a reason.