Can the ARKK ETF kill the market? 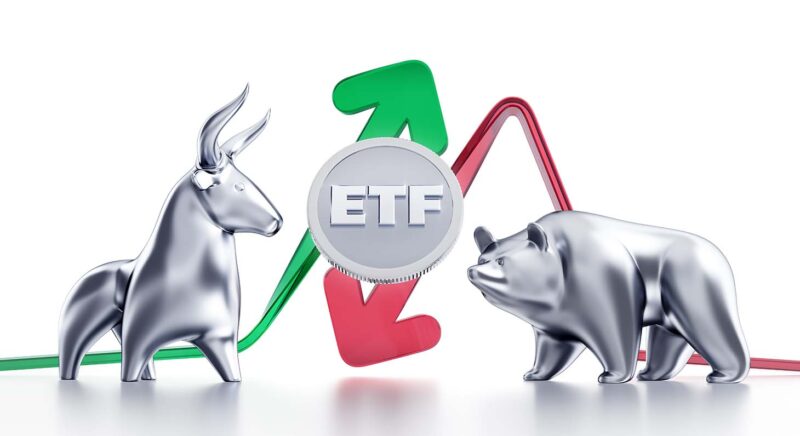 For the last year there’s been an ETF which has seen nothing but inflows.

That means for almost an entire year investors have been pumping money into a fund to do their dirty work for them.

This fund is the Ark Investments Innovation ETF. It’s their ‘Flagship’ fund and has been a huge success. It’s even shifted the fund manager, Cathie Wood into investment superstardom.

Part of the reason for the ETF’s success is because it’s heavily weighted in tech stocks. One of its biggest holdings has been Tesla. ARK as an investment firm was also an early advocate of bitcoin via the Grayscale Bitcoin Trust.

It’s also ridden one of the biggest tech stock booms we’ve ever seen.

However the thing about ETFs like this is they are also a by-product of their own success and on the flip-side can be the catalyst for their own demise.

What makes the beast stronger can also kill it.

With the ARKK ETF, it’s become so big, so popular so entrenched in the tech stock boom, that it could also be the ETF that kills the boom.

If it does, then this kind of ‘passive’ investing is absolutely not the way to play the market.

As mentioned, for almost an entire year the ARKK ETH only saw money flow into it. That means investors were pumping in cash to get a slice of the huge success of the fund.

What happens in an ETF like this however is that new money means more money to buy positions in the stock market with.

When you put money into an ETF like ARKK it doesn’t sit there in cash. It goes into the stocks the fund holds.

It’s a little more complicated than that in terms of pooling funds, active trades, on or off market positions, secondary markets, and how they go about adding to the fund.

But a simple way to think of it is that when you put money into a fund, you’re getting direct exposure to a big pool of stocks the fund focuses on.

And when it comes to stocks, the ARKK fund is focused on innovation (tech).

They typically hold 35 to 55 stocks with a weighted average market cap of $122 billion. Also the median market cap is $11 billion. That means they’re heavily weighted to big tech.

The top 10 holdings confirm this.

Currently they hold 56 stocks. The smallest position is $1.6 million in Organovo, a 3D bioprinting company.

A holding in Twitter is worth about $267 million in the fund. Their Tesla position is worth $2.35 billion.

In other words, a huge punt on Tesla paid off.

Now in a bull market, ETFs like this do well. Money flows in, adds to a bigger pot to invest in. That money is used to buy more stock. The stock goes up because the fund has to invest that money. The cycle continues. The fund pickers look like heroes.

For a fund like ARKK the money has been flowing in like never before. In mid-January it peaked with almost $600 million flowing into the fund. This has all helped to fuel a market that has been seemingly unstoppable.

Until the market turns.

No single ETF is big enough to flip the market. But it can sure accelerate the movement of one.

And in mid-January as hype around ARKK hit a high, the market did as well.

It’s probably no great coincidence that when the ARKK fund saw its greatest daily inflow of money, the US tech market reached a peak as well.

Since then Tesla has shed around 25% of its stock price. And ARKK’s performance has followed suit.

This in turn has led to a reversal of money for the ARKK fund. Money has now started to flow out of the fund.

Looks good on one side, not on the other

In fact in one day, the ARKK saw $200 million flow out, and across five of the ARK investment ETFs a total of $443 million was redeemed.

Again, that money has to come from somewhere. And in an ETF when investors want to redeem their funds, they are taken out from the fund by selling positions.

When outflows become big enough, the fund has no choice but to claw back the funds from positions held. Forced selling takes place and helps to squash the market for the big positions they hold in particular stock.

If investors in the fund get worried sufficiently about performance and want to exit, then you can quickly find a run on an ETF which begins to liquidate stocks.

If a fund can’t liquidate positions, or has illiquid positions you end up in a position where the fund can’t meet investor obligations and you get a Woodford funds collapse.

An ETF at the end of the day is still a fund and is still susceptible to a run. ARKK are more liquid and hold liquid positions, but they’re still at the mercy of investor sentiment.

As I say in a bull market the fund looks like a guaranteed winner. It helps to fuel the assets it holds and if big enough and popular enough as ARK often is, it can fuel the boom.

Until the market turns.

And the market might be turning not just on tech stocks, but on ARK Investments too. It’s not had to battle mass outflows for a long time. But what happens when all that money that’s flown in, wants to flow out?

What does that do to the likes of Tesla, Square, Roku, Spotify and others? When $2.3 billion of Tesla has to be sold down to meet outflow obligations, where does that send the price?

ETFs can appear to be a good way to get exposure to a lot of stocks. ETFs look great when markets are booming.

But be careful, very careful of the ETF when markets turn. They’re not as great an idea as most people think. And the idea of ‘passive’ investing through an active ETF will bite a lot of people who aren’t ready for when the market turns against them.