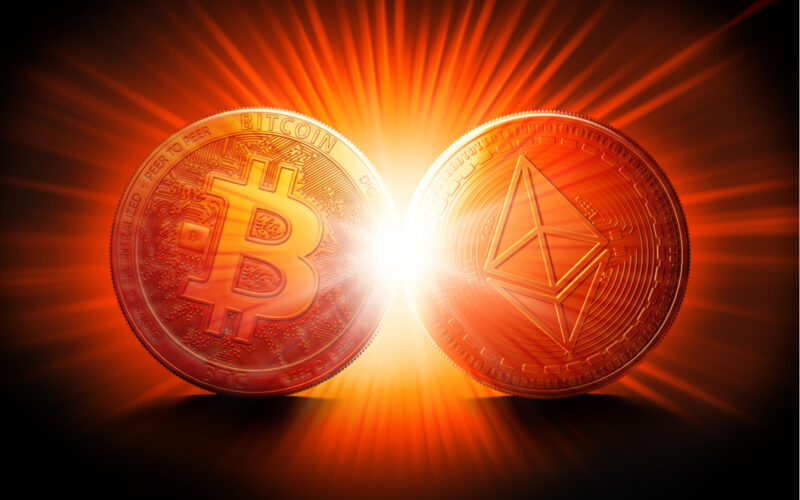 The ports are full! Turn the ships away! Send them back into those pirate infested waters of pillage and plunder!

This is the current state of affairs at British ports.

This isn’t a new occurrence. This hasn’t just appeared over the weekend. It has been brewing for months now as we explained here in Exponential Investor on 1 September.

A hard number to define a hard problem

If you want a single hard number which explains what’s going on, then look no further than shipping costs.

Specifically, the cost of moving a container full of goods – whether that’s food, car parts, or children’s toys – across the world has gone through the roof this year.

And spiralling shipping costs could have some messy implications for the festive season – on which topic more follows below.

Take a look at the graph below. It shows the year-on-year performance of the Freightos Baltic Index (FBX) Global Container Index, a weighted average of the shipping costs around twelve regions worldwide, compared with 2020. It’s one of several indices that track shipping costs worldwide.

In short, it’s a quick and easy way to tell whether shipping is getting more or less expensive. That matters because the costs have to be borne by someone.

The someone can be businesses, such as the manufacturer, the distributor/wholesaler or retailer of the goods that are actually in the container.

Alternatively, that someone can be ordinary people – like you and me.

But you’ll also notice that the price has retreated after reaching all-time highs earlier this year.

Now, the big question is: where’s the price going next?

We’ll revisit the FBX in a few weeks’ time. By that point, we’ll have a much clearer indication of which way the global economy is going next.

And in the UK, the largest container port, Felixstowe, is turning away cargo ships as it can’t unload cargo fast enough, which is leaving many vessels moored outside port for days at a time.

And this is an issue we’re seeing across the world.

Every vessel floating outside a port, whether that’s in Rotterdam, Suffolk, or the east coast of the United States, is chock full of goods that will count towards company’s inventories – that is, goods that have been produced but remain available for sale.

When countries calculate their gross domestic product (GDP), they take into account inventory levels as part of their calculations. Higher inventories help to boost a countries GDP.

But this year, when countries calculate their GDP, they may record a strong uptick in inventories – despite the fact that those goods are actually sat on a cargo ship outside port.

So, when major economies calculate their official GDP statistics for Q32021, they may overstate the level of real economic activity.

There have been no lack of headlines rushing to announce that Evergrande’s collapse is China’s “Lehman moment” – referencing the collapse of Lehman Brothers, a major US investment bank, the failure of which marked the beginning of the financial crisis.

Given the outsized importance of real estate to the Chinese economy, and Evergrande’s eye watering levels of debt (which currently amounts to around $300 billion), it’s easy to see why some media outlets are forecasting an imminent crisis.

Headlines like this can test your mettle as an investor.

The best cure for a media-driven frenzy is a healthy degree of scepticism.

Is Evergrande really going to cause the next major crash?

As Akhil Patel, Southbank’s resident real estate expert, wrote in last Friday’s edition of Southbank Investment Daily, and as the graph of the company’s share price below demonstrates, investors have been pricing in the likelihood of Evergrande defaulting since earlier this year – if not longer.

If and when Evergrande defaults, it won’t be a surprise.

And if we were seeing risks of contagion (this risk that a downturn in one market will spark a downturn in others) then other indices, such as the Nikkei 225, S&P500, or FTSE 100 would be in freefall too.

As a recent report from Deloitte argues, “systematic risk does not apply to China.”

The country’s semi-closed capital account means that its economy is far less exposed to the whims of hot money flowing in and out at the slightest sign of a crisis. And, unlike many other central banks around the world, the People’s Bank of China has room to loosen monetary policy and thereby stimulate the economy in the event of a downturn. While the United States’ 10-year bond yields hover around 1.5%, China’s are closer to 3%.

It didn’t lead to a downturn in the US land market. Instead, Enron’s collapse marked the second half of the real estate cycle.

As Akhil argues, recessions are the times when scandals emerge. Evergrande is just the one that’s made the most headlines recently.

We’ve been telling you over the last week or so that a major upgrade is coming to bitcoin’s network.

It’s a catalyst that could set the crypto markets alight once again. It’s an event 100% locked in for mid-November that could see the market blow away the kinds of returns we saw in 2017. It could see a sub-set of smaller crypto “moon”, in fact there’s one we’re saying could spike 55x higher off the back of this guaranteed bitcoin upgrade.

The similarities we see in the crypto market now compared to 2017 are uncanny.

When it punches past $100K – which we expect it will in the coming weeks – what will the mainstream and the traditional financial system experts say about it then?

What will the central bankers and policy makers have to say as bitcoin reaches six-figures in value compared to their ever-devaluing fiat-currencies.

Will they continue to say that it’s too risky for consumers, that it could “go to zero” still?

Let us help clarify the situation.

So, if you still buy into the bitcoin to zero idea, then maybe you can’t be helped.

I doubt you think that way though. In fact I know that you’re more open minded than that. And that you can see that as the traditional financial and geopolitical world goes to the crapper, bitcoin continues to get stronger and more valuable.

That’s not a coincidence.

That’s how bitcoin is supposed to work.

Only now is everyone starting to finally see it. And if you want to get a Christmas present for someone that beats the obligatory bottle of booze or box of Quality Streets, send someone some sats (the smallest denomination of bitcoin).

Buy someone bitcoin for Christmas. It’ll be the best gift they get, and it’s something that neither China, the UK or any central banker in the world can take away from you.