Clarifying speed and direction in the energy disruption 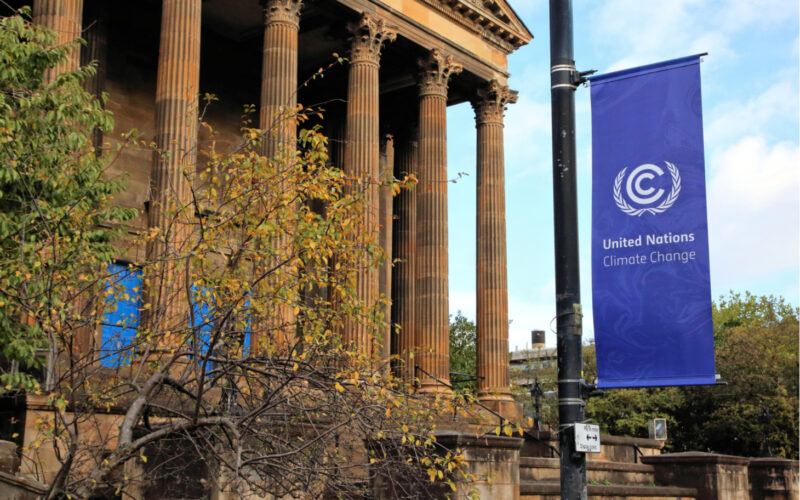 After a week off, learning to surf (getting smashed by waves) in Portugal, I’m feeling refreshed and ready to tackle some new issues.

But not today. That is because today is “COP Day”, also known as “Groundhog Day”.

The conference of parties that took place in Glasgow over the last fortnight is over and I’m actually quite relieved to have been away during those last few days.

As I said before, there was such an incredible wave of content, an extraordinary peppering of hot takes and over-reactions in those last few days, that it was like a stressful sporting final – sometimes it’s easier to just find out the result afterwards.

There was a lot of disappointment, even tears apparently, as China and India intervened at the last minute to fractionally adjust the language of the final text.

The change was to change “phase-out” unabated coal to “phase-down”, and the fact that it was those two countries doing it makes for particularly concerning reading.

Despite this disappointing step down, there are some significant points that I would like to make.

Ten years ago, maybe even six years ago at the Paris conference, the challenge was to get the ball rolling on carbon emissions reduction and the combating of climate change.

And, as we all know, that is the hardest part.

And back then, the technologies weren’t ready and there was no real social movement.

Governments are often slow, incompetent, and get plenty wrong.

However, they have an important role to play, and despite the common criticism that they only care about the three/four/five/whatever-year election cycle, they do have the ability to view things on a longer time horizon.

So, to get the weighty stone that is the green energy transition rolling, politicians were vital.

Through the Paris Agreement, they sent a strong signal to the world about the direction of travel.

Then with subsidies and programmes, they gently pushed the ball on its way, using emerging technologies.

But now, the situation has changed, dramatically.

Six years on from Paris, and 15 years after Al Gore’s film An Inconvenient Truth…

… the ball is rolling with plenty of momentum.

The politicians at Glasgow are no longer the most important factor.

Now it has the technological tailwind and the grass roots gradient behind it.

In case you hadn’t gathered, the wind is behind the stone and the gradient is downhill.

It is starting to accelerate, steaming down the hill at pace.

And once the charge has begun, politicians are no longer the primary drivers. It is the disruptive nature of newer and better technologies – in food, transport, energy and materials – that will define the course of this great shift from one energy system to another.

Consumers move mountains with their every purchasing decision, leading to the best and lowest cost options coming to dominate the market.

Now that critical mass has been achieved, politicians’ role has changed.

Accelerating the phase down of coal, for example, or ending deforestation.

But those two things were already going to happen. They are already happening! Deforestation peaked in the 1980s, and global coal use peaked in 2013, leading to the collapse of many industry incumbents and the extreme volatility and under-investment we are seeing in the wake of the pandemic.

Long-term investors should focus on the unstoppable momentum of the ball, not the minor changes in speed and direction.

It is at most a minor readjustment of the pathway for the next few years.

But the direction of travel is clear, and fast. You can’t stop a bullet train, and the cleaner, cheaper alternatives (renewables plus storage) are coming for coal like Liam Neeson in the film Taken.

There will be challenges, fights, obstacles, and reasons for concern.

But renewables – like Neeson’s character – have a special set of skills.

Specifically, they have skills that make them a nightmare for a dirty and expensive energy source like coal.

For long-term investors, COP 26 was a marking post for the progress we have made, and offered some clues for the near future.

But it was neither a watershed nor a critical turning point. We are beyond those now.

The wave is approaching, and we are almost ready to catch it, and ride our way to net zero on the surfboard of technological disruption.

After my discussion of the rolling stone, that is undoubtedly a mixed metaphor. However, it is probably the best news on the climate you’ll read all week.