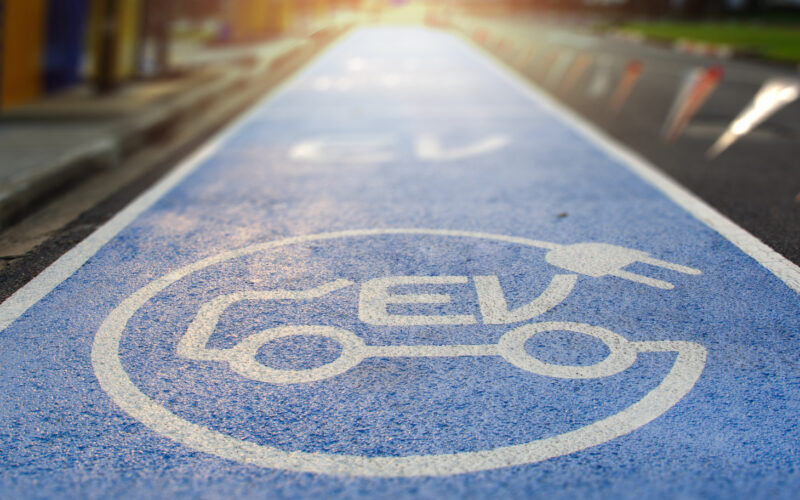 So, are petrol and diesel prices too high for you?

It’s that simple, isn’t it?

That’s what we’re told. The word is that our future cars will all be EVs and that resistance is futile.

Meanwhile, the UK government intends to ban the sale of new diesel and petrol cars by 2030. This is quite a game changer. The UK imports £43 billion worth of vehicles each year, so it’s in the interests of car makers to ensure they don’t lose touch with the UK market.

However, there’s a catch to the “EV takeover”.

What’s the one thing that stops an EV dead in its tracks (quite literally)?

Power… or rather the lack of it.

Our EV future isn’t just about the cars. In fact, it’s completely dependent on the availability of charging networks to power them up.

Put simply, if the number of chargers doesn’t keep pace with the growing number of EVs, then the EV transition will slow or even grind to a halt.

The signs are ominous that we might be facing a charging shortage. But this isn’t a crisis… it’s an opportunity.

To illustrate this point, let’s firstly take a look at the number of fuelling stations relative to internal combustion engine (ICE) vehicles in the UK.

Assuming an average of eight fuel pumps per station, that means that there are 67,024 fuelling points in the UK.

According to 2020 data, there were 31.6 million ICE vehicles on UK roads. So, in all, that makes for one fuel pump for every 471 vehicles.

A fair comparison today with EV charging isn’t really possible. EVs are still a minority of the cars on the road.

Therefore, it’s only fair to look at what EV charging networks may look like in the future. For sake of argument, let’s say ten years from now when we expect EVs to have reached saturation and be the only type of new car that can legally be sold in the UK.

In 2032, the UK is expected to have 76,849 public EV charge points and 23.2 million EVs on the road. That’s one charge point for every 302 vehicles, which is clearly a better ratio than the one that currently prevails for the vehicles with ICEs.

However, not all is as it may seem.

At the petrol station, you can fill up an ICE car from empty to full and be on your way in around five minutes.

With an EV at a public charging point, the fuelling time you’re looking at from empty to full is around 30 minutes – and that’s with a “fast” charger. So, filling up an ICE is around six times faster than charging an EV.

Essentially, to make a fair comparison with ICE cars, we need to therefore multiply the number of EVs to every charge point by six. This indicates that for every one car that can charge at an EV point, you could have six ICE cars refuel at a petrol pump in the same time.

So, in theory, to make a fair comparison of the efficiency of ICE refuelling versus EV recharging you’re really looking at an effective number closer to 1,812EVs for every charging point. That’s substantially less efficient than the 471 ICE vehicles per petrol pump that we have right now.

This arithmetic exposes the huge deficiencies in the efficiency of the UK’s future EV charging network, which urgently needs addressing.

Even before considering the future stress that will be placed on the need for a huge number of charging points, the UK’s EV charging network is already floundering.

As a result of the pandemic, charge point installations have been delayed. In some instances, they have also fallen foul of planning regulations. According to the Daily Mail, there are currently just 0.28 chargers per EV in the UK. In 2018, there were around nine chargers per EV.

This is a result of new EVs hitting the road, and the charging infrastructure not even close to keeping pace.

In fact, it appears that the UK needs another 250,000 chargers right now, given the current uptake of EVs.

This problem isn’t just a UK one either. For example, in the United States, a representative from President Joe Biden’s administration told Vox, “… we still have a huge gap [in charging infrastructure]”

But this shortage doesn’t have to be a problem. In fact, there’s a relatively easy solution to it all. And the solution presents a massive opportunity for a select group of companies that are already well on the way to becoming the new power tycoons of the 2020s.

Some names you know, and some you don’t (yet)

There are very well known and extremely large energy companies like Shell (LSE: SHEL) and BP (LSE: BP) that have taken the dive into EV charging.

When you hear the words “EV charging”, these are not necessarily the first companies that would spring to mind.

Shell is seeking to install 50,000 charge points in the UK by the end of 2025, whilst BP has just announced it is unveiling a £1 billion package for the deployment of EV charging infrastructure in the UK.

Meanwhile, Pod Point (LSE: PODP) is a smaller and less well known company that currently operates one of the UK’s largest charging networks, with around 6,200 charging points. An increasingly important part of its business is home charging. This certainly makes PodPoint an interesting company to keep an eye on for the future.

It’s also worth considering that the ongoing supply chain shortages (in particular, semiconductors, which help balance the electricity flow between the charger and vehicle) this market looks to be trading at a reasonable discount to future potential.

EVs are rapidly dropping in price too, thanks to improvements and economies of scale in battery technology.

In short, the prices of EVs are falling, and the demand for EV infrastructure – as shown above – is rising.

And it may well be the makers of that infrastructure that produce the biggest fortunes for investors.