The falling pound: good news as the UK heads into rehab for rates 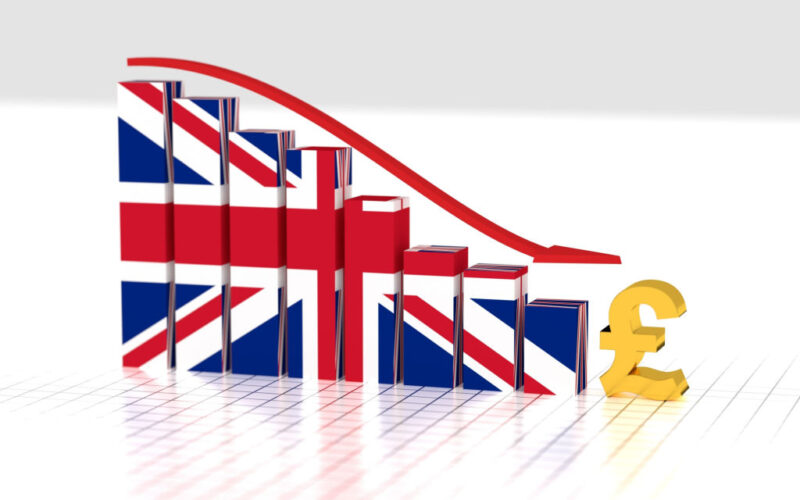 In 2020 every man and his dog became an infectious diseases and biotechnology expert.

In early 2022 they changed speciality to become experts on war strategy.

This week everyone became currency experts.

And now fear is reverberating through the mainstream consciousness as fast as low-cost airfares to the UK are getting snaffled up by Americans.

This is not ideal if,

For everyone else… can we just take it down a notch?

A falling pound is not the end of the world. In fact, that’s exactly what it’s supposed to do when there’s a concerted push for domestic growth and economic stimulation.

A falling pound is also a likely outcome if the US Federal Reserve is hiking its official interest rate more aggressively than the Bank of England – which is something else that is happening at the moment.

In fact, a weaker pound against the US dollar, and (most) other currencies is exactly what most people actually wanted, right?

You want to “Buy British”? Here’s your chance

I should preface this all with that I do not profess to be a currency expert. I am however educated in finance and economics and have spent the better part of 20 years in global financial markets. In a conversation like this one, I can hold my own.

A floating exchange rate (such as the pound sterling) is one where the market determines its relative value based on demand and supply. That’s the basics of what most people need to know.

Demand and supply are influenced by things like monetary and fiscal policy, the velocity of money and volume of money in an economy, borrowing costs, demand for goods and services, imports, exports and a lot of other “stuff”.

Ultimately the value of the currency will move around a lot based on the health, and perception of health, or lack thereof in an economy.

But the reason we use a floating exchange rate is so the currency and thereby economy can adapt to changing conditions.

In other words, it is supposed to move up and down in order to help maintain a functioning economy. And its value going down is not out-and-out a bad thing.

It is true that imports have become more expensive. That is rather tedious if you are a buyer of something that is made in the United States or something (like oil) that is priced in global markets in US dollars.

In a geopolitical environment where domestic security of everything from food to energy is policy #1 for any political party, a falling pound might actually be the medicine this economy needs.

A weaker pound is a strong incentive to “Buy British” and boost the fortunes of local suppliers of goods and services – and particularly those who had lost market share to foreign rivals.

Let’s say that the end result is greater activity on the part of UK-based suppliers of goods and services. That, in turn, also means more jobs, greater velocity of money, increases in tax collections (even if the rates are going down) and all-round economic growth.

Sam… what about inflation?

Ahh, but Sam, inflation is up and surely this only worsens the situation? If we have to buy local and the prices are skyrocketing, then we’re all going to be worse off!

This may indeed see inflation rise further in the short-term. (NB at risk of seeming immodest, we’d point out that we rightly called it rising into double-digits a year ago.)

Also the Bank of England has no choice but to lift interest rates to help curb that pesky inflation.

If you’ve been reading our work for a while now, you’ll know we’ve been calling this for some time. That view hasn’t changed.

The reality is that normal rates that are set by central banks are and should be much higher.

My view is that that’s exactly where they need to and will be heading.

I expect that for some kind of stability to return to the traditional global financial system, Bank Rate will need to be around 6%.

Take some time to think about if Bank Rate goes to 6% – what does you mortgage look like in that situation? Or if you’re thinking about buying a home, can you afford that?

And here’s the headline from The Telegraph on Monday,

Interest rates,  specifically the Bank Rate that is set by the Monetary Policy Committee of the Bank of England, should be up around 5 or 6%. That’s about the historical average. It’s a level you should get used to and prepare for.

Higher rates mean economies can move a little, adapt, use tools to help keep the economy balanced and moving forward. When you’re stuck with 0% official interest rates, there’s only one way that they can go.

Higher rates aren’t a bad thing either as it should be better for savers and retirees in particular, so long as the banks pass those on those higher rates. Yes, higher rates mean that a lot of mortgages are more expensive. However, the impact on borrowers will have been offset somewhat by the the tax cuts announced in the latest mini-budget.

Overly cheap (or free) money is like a drug.

Addiction to cheap and almost free money is bad.

Doomsday is not here

Following this metaphor, you can think of the next year or two as a period of  ‘rehab for rates’. At the end, we should expect Bank Rate (and a lot of bond yields at around 6% and mortgage rates at about 8%).

That is a return to normality. If the UK becomes a nation of anarchy, riots and lawlessness (as it was at certain points of time during its industrialisation in the late 18th and first half of the 19th centuries), then it won’t be because of what happens in the next two weeks or six months in currency or fixed income markets.

Well, the water will still flow through your taps. The roof over your head will still be there tomorrow. You’ll still be able to do things, enjoy life, and all the stuff that you’re normally used to.

The Doomsday is not here.

Mechanisms we used before are being used again and might end up moving this country in the right direction for a change while the other countries still languish.

The UK government has decided to change tack.

Remember, there’s a decent argument that lower and simplified taxes actually tax receipts, stimulate growth and lay a foundation for decades of growth to follow.

But that doesn’t get headline attention now does it?

Crisis this is not. Economic tools are behaving as we would expect them to do. The end is not nigh. The UK is not on the brink of collapse.

In fact, the last four days may come to be seen as the period when good news really started to flow again in the UK.