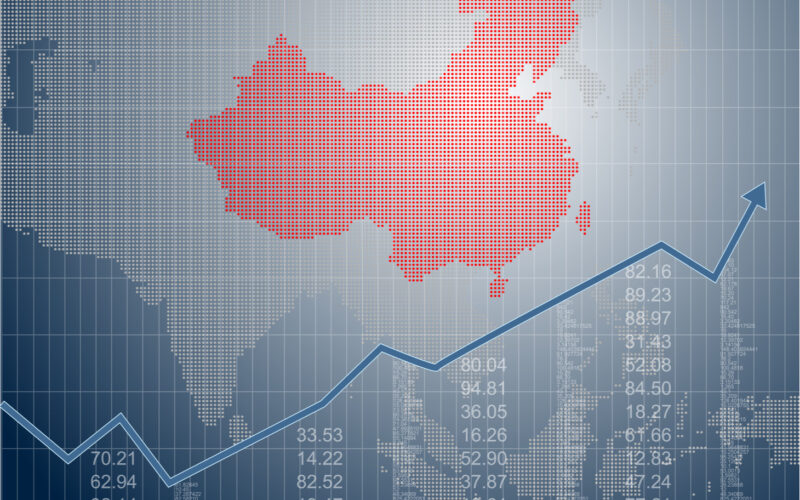 After a sweltering few days, the UK’s most recent heatwave has finally come to an end… at least for now.

In many ways, markets are enduring a heatwave of their own at the moment. The Chinese Communist Party (CCP) is continuing to crackdown on tech companies. UK house prices continue their seemingly unstoppable rise. And holiday-goers are shunning foreign travel and buoying up domestic airlines.

But, as readers in London will know all too well, periods of intense heat are often followed by flash floods…

Since the 1970s, China has gradually adopted some (but by no means all) of the key tenets of free market economics, transforming a poverty-stricken state into a global superpower in just half a century.

Every few years, however, Beijing backtracks.

So far, 2021 has seen the government crackdown on big tech.

All kinds of companies, such as the ride-sharing group Didi Chuxing, recruitment company Boss Zhipin, Alibaba, and Ant Group have drawn the ire of the state’s regulators.

And this week, Beijing has taken aim at another rapidly growing sector of the Chinese economy: education companies, also known as “ed tech”, as many rely on virtual tuition.

Investors across the world sold off $2 billion worth of Chinese stocks on Monday morning after the government announced plans to ban tuition companies from making profits, going public, or even raising capital.

The industry has exploded in recent years, and has grown to around $100 billion. By taking aim at the sector, Beijing hopes to lower the cost of education and boost China’s falling birth rate.

New Oriental, Gaotu, and TAL, three of the largest of such companies, saw their market capitalisation fall by over half.

But for investors outside of China, does any of this really matter?

Meanwhile, the sell-off didn’t stop there.

And its bad news for many emerging market (EM) exchange-traded funds (ETFs) and mutual funds, as Chinese shares typically make up a hefty proportion of their holdings. That’s why the MSCI EM index was knocked 2.1% following the announcement.

Back in 2015, the Chinese equity bubble burst. The CSI 300 – an index intended to replicate the performance of the top 300 stocks listed on the Shanghai and Shenzhen stock exchanges – crashed.

At first, this looked like nothing more than a domestic bubble bursting.

But a few months later, fear spread to US equities and the S&P 500 – a major US equity index – saw a similar sell-off.

Check out the graph below – it compares the S&P 500 and the CSI 300 throughout this period.

If the Chinese Communist Party continues to crack down on fast-growing domestic sectors, it could sap investor confidence in the broader Chinese equity market…

… which could spark a sell-off in other markets.

It’s by no means a sealed deal.

But, as history has shown, what happens in China can have big consequences for the rest of the world.

The UK housing market is “on fire”.

That’s what Andy Haldane, chief economist at the Bank of England, told a conference in Glasgow earlier this month.

And recent data from Zoopla, a property website, suggests that he’s right.

UK house prices are 30% higher than they were at the height of the 2007 bubble, according to data from Zoopla. On average, buyers are paying £230,700 for a home – the highest on record.

This warrants two questions: why are they so high? And where are house prices going next?

The answer to the first question is largely down to the government’s desire to boost demand without increasing supply.

Last summer, Chancellor Rishi Sunak introduced a stamp duty holiday – which saves either 3%, 5%, or 8% of the value of a property, depending on its price – sparking a rush of buyers. Perhaps counterintuitively, this scramble to buy property has increased prices by over 10%.

Throw in the fact that low interest rates mean mortgages are more widely available – with many banks launching 90% and 95% mortgages – and you have swathes of buyers chasing a fairly small amount of property.

On the supply side, the government is also scaling down key elements of a proposed planning bill.

The bill, which was intended to loosen house-building restrictions, is under scrutiny now due to fears that it may alienate voters in Tory heartlands.

That’s why house prices are rising. But where do they go next?

Zoopla reckons that prices will cool off as the year progresses, with the return of stamp duty taking some heat out of the market.

This makes sense. But is there anything that can take the wind of property’s sails beyond that? After all, supply looks set to lag demand for a while yet.

Rising interest rates is a key threat. With inflation running higher than expected, the Bank of England could be forced to change tack and raise rates.

That would make mortgages, which are currently buoyed by ultra-low rates, less affordable and take some heat out of the market.

Would the creation of a central bank digital currency (CBDC), dubbed “Britcoin”, help or hinder bitcoin?

According to Nigel Green, CEO of deVere Group, a major financial advisory and asset manager, the launch of Britcoin could be exactly what bitcoin needs.

It’s a matter of perverse incentives.

By launching its own CBDC, the Bank of England could legitimise bitcoin.

Before I go any further, it’s worth emphasising that CBDCs are not the same as cryptocurrencies.

After all, it’s hard for the Bank of England to argue that intangible, digital means of exchange are worthless if it issues them itself.

On top of that, there’s the issue of value. If it wants to, the Bank of England can always “print” more Britcoin. Bitcoin’s supply is finite and lacks a sole authority.

And then there’s the issue of generational shifts. Younger people – those due to inherit wealth from baby boomers – are far more trusting of cryptocurrency than their parents.

According to a recent poll by CNBC, 47% of millennial millionaires surveyed have more than 25% of their wealth invested in cryptocurrencies.

There are all kinds of reasons crypto appeals more to younger generations: the possibility of faster returns due to crypto’s volatility, the belief that the traditional economic system has let them down, or greater faith in disruptive technologies.

Either way, this is the generation that will soon be inheriting their parents’ wealth and, quite possibly, investing it into crypto.

This is just one more reason to be optimistic about an asset class that Sam Volkering believes has a very bright future.