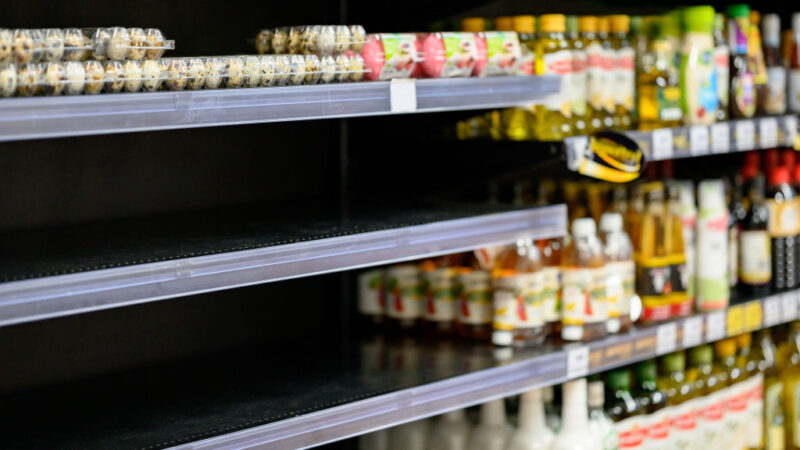 A pandemic just wasn’t enough for this decade, was it?

It was quickly followed by unprecedented central-bank intervention.

Then there was the collapse of the Sri Lankan economy, as the country’s prime minister was chased out of his home.

We have the first land war on European soil in 80 years.

Followed by the floods in Pakistan that have killed more than 1,000 people.

Europe’s just had its worse drought in 500 years…

… complete with the largest forest fires since records began.

The pound has plummeted to its lowest level in history…

… which may compound the cost-of-living crisis.

And on Monday we awoke to markets jittery on news that Swiss bank Credit Suisse is at risk of a “Lehman Brothers Moment”.

The third year of the 2020s isn’t even over and we’re already rolling from crisis to crisis.

All of these are significant events, and deserve the attention they are getting.

However, there’s arguably a much bigger crisis developing behind the scenes.

The kind that will have a greater impact on those in the developed economies than in poorer ones.

But, out of sight, out of mind, right?

Credit Suisse is not having a Lehman Moment

I’ve seen too many headlines in the past 48 hours claiming that another Lehman Brothers Moment – in which a company’s collapse suddenly becomes everyone else’s problem – is upon us.

Given the speed at which Credit Suisse’s situation has been labelled as such, my bulldust indicator tells that this is just another case of economic commentators crying wolf.

Over the past year alone China’s Evergrandeproperty developer defaulting, the EU’s energy market crisis, and the crash of stablecoin Terra have all been called another Lehman Moment in the making.

Given that none of the three have remotely followed the Lehman playbook, I’d say we can look forward to a few more dramatic headlines while gold pops higher and markets throw a tantrum over the next couple of weeks.

Don’t get me wrong, I have no doubt the market commentary will see me dragged into this click-worthy subject at some point. Right now, there’s little information to provide meaningful analysis.

Rather than jump at shadows, there’s a much more worrisome problem evolving that will directly impact your hip pocket.

No carrots for the Sunday roast

Food prices in the UK increased by more than 13% for the month of August. I’m here to tell you the data won’t fall in September, or October either.

In fact, there’s a chance that food prices will continue to climb even higher into next year.

While people in the UK grapple with the cost of living, today’s high food prices are only a reaction to events six or even 12 months ago.

The effects of the Russian-Ukraine war, the UK’s hotter-than-normal summer, and Europe’s forest fires are yet to feed into consumer food prices.

All of these events have reduced agriculture output.

The UK’s driest July since 1935 means the moist soil that it’s famous for is drying up. The drier the dirt, the smaller the crop yield.

Carrots, for example, thrive in temperatures of between 18 and 22 degrees. To quote the chairman of the British Carrot Growers Association, “Anything above 30 degrees, they shrivel up and die. And that’s what we’ve seen.”

While not much rain and a lot more sun equalled a great summer for you, crops of potatoes, onions, sugar beets and apples are tipped to fall 10-15% this coming winter.

By the end of August, UK farmers declared that the 2022 drought was the worst in 30 years. Even worse than that of 2018.

Vegetables aren’t the only food that’s impacted, but the Sunday roast is under threat too. Pork or beef is more likely to be on the menu as lambing season is tipped to reduce as well.

Normally, you can expect two lambs to every ewe. The lack of rain means less grass, which means the ewes can’t bump up their nutrient intake prior to breeding, and that means there’s a solid chance each ewe will only birth one lamb…

Dairy products won’t be spared, either. Most livestock in the UK isn’t accustomed to extreme weather events. Hot weather causes stresses on many dairy animals, and this will affect the amount of milk and butter produced.

Does this mean it’s back to the wartime-era rations of milk, eggs and butter?

No. But it does mean that supply is of these goods is reduced when demand is relatively the same. And economics 101 tells us the scarcity of goods and high demand lead to higher prices…

Not much food is grown in the UK. This isn’t generally a problem as Europe provides the bulk of the UK’s food needs.

The UK and Europe’s green land is significantly below average

The problem is that the biggest source of your food is facing crippling growing conditions that won’t only impact this growing season but many more to come.

Europe has just had its worst drought in 500 years, directly after the worst forest fires on record in 2021. However, as this summer wraps up, it now turns out that 2022 has been the worst forest-fire season recorded.

Even before we start counting the financial impact forest fires have on machinery and equipment, there are the multi-season effects on the soil in which the crops are grown.

A marginally hot forest will reduce the moisture and nutrients in the topsoil as well as change plant composition and reduce growing capacity the next season. An extremely intense heat will leave the topsoil completely sterile.

To boot, farmers don’t bounce back from forest fires in a season or two. In Europe, it can take a generation to restore land to previous growing conditions.

Pine plantations take at least a decade recover, but beekeepers will need another 30 years to produce honey at pre-fire levels.

In years past, forest fires in Europe or a once-in-a-30-year drought in the UK wouldn’t be problematic. If you can’t get it locally, you source it globally, right?

Global food production generally acts as a buffer against these events, so consumers are spared from the worst price rises.

But the UK and the EU aren’t the only areas facing a reduction in crop yields.

“Mega fires” are going from one in 10-15 year events to occurring every three.

And the type of seeds we use aren’t adapting to these conditions fast enough.