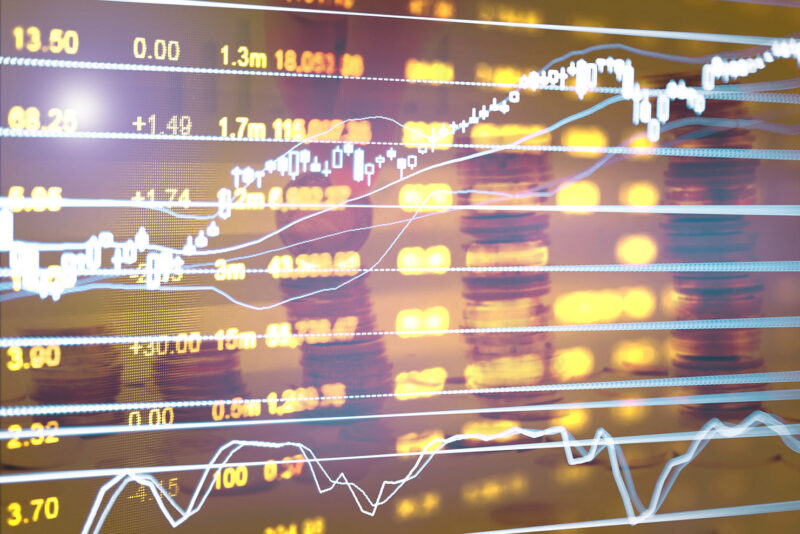 A recent edition of Exponential Investor considered “a potential silver lining to the ghastly cloud of Russia’s invasion of Ukraine”.

Clearly the conflict has disrupted the actual and future supply of oil and natural gas from Russia to Europe.

A logical response in countries that are big importers of fossil fuels from Russia in the short term is to find alternative sources of supply.

In the longer term, the sensible strategy is to find new sources of energy which are clean in that their usage does not contribute to emissions of carbon dioxide (CO2).

Our conclusion was that “the invasion should encourage the Green Energy Transition and the rising use of solar power, wind power and batteries…

Last week, the Economist Intelligence Unit (EIU) published a report on the “global economic implications of the Russia-Ukraine war”.

That report highlighted three main channels through which the war could have an impact: financial sanctions imposed on Russia; soaring commodities prices and supply chain disruptions [emphasis added].

This raises an important question: outside the energy industry, what are other areas where non-Russian suppliers to the global market should increase their productive capacity – but in a way that really promotes sustainability?

Exactly what sustainability means is something that we discussed in Tuesday’s edition of Exponential Investor.

Very briefly, though, sustainable development aims “to meet the needs of the present without compromising the ability of future generations to meet their own needs”.

As the EIU points out, Russia is an important supplier to the global market of a number of metals – many of which have experienced sharp rises in price in recent months.

Take palladium, for instance. It’s used for fuel cells which power electric vehicles (EVs). In 2020, Russia was the largest supplier globally, with output of 91 metric tonnes. South Africa and Canada were the next two most important producers, at 70 and 20 metric tonnes, respectively.

Aluminium (used in aircraft fuselages, aluminium foil and many other applications) is another metal where Russia’s absence from the market would make a difference. Globally, output was 65,000 metric tonnes in 2021, of which 4,139 metric tonnes came from Russia and Eastern Europe.

Of course, Russia is not the only country whose government often has a very different world view to those of the United States, the UK or members of the European Union (EU) and that is a major supplier of important minerals.

Consider lithium, for instance. It’s used mainly in the manufacture of rechargeable batteries. That obviously means that demand for lithium has received a huge boost from the surge in production of EVs. Lithium batteries can also be found in digital cameras, laptops and mobile phones. Lithium is also used in non-rechargeable batteries for heart pacemakers, clocks and toys.

These figures understate China’s role in the global lithium market. Chinese companies own around 80% of the world’s lithium refining capacity, and a similar percentage of global lithium battery manufacturing.

Titanium is another metal of which China is a major producer. It’s extremely versatile and useful. As the Royal Society of Chemistry notes:

Titanium is as strong as steel but much less dense. It is therefore important as an alloying agent with many metals including aluminium, molybdenum and iron. These alloys are mainly used in aircraft, spacecraft and missiles because of their low density and ability to withstand extremes of temperature. They are also used in golf clubs, laptops, bicycles and crutches.

Titanium metal connects well with bone, so it has found surgical applications such as in joint replacements (especially hip joints) and tooth implants.

The largest use of titanium is in the form of titanium(IV) oxide. It is extensively used as a pigment in house paint, artists’ paint, plastics, enamels and paper. It is a bright white pigment with excellent covering power. It is also a good reflector of infrared radiation and so is used in solar observatories where heat causes poor visibility.

The three largest suppliers of titanium minerals in 2020 were (in terms of metric tonnes of titanium dioxide content) China (2.30 million), South Africa (1.10 million) and Australia (1.00 million). Ukraine was the sixth largest producer globally (564,000).

The implications of all this are very clear.

Geopolitical conflict between the NATO alliance and Russia in relation to Ukraine have highlighted the risks facing supply chains that handle fossil fuels – oil and natural gas.

Geopolitical conflict between the United States and its allies in the Indo-Pacific region on one hand and China on the other (perhaps in relation to the security of Taiwan) would highlight the risks of supply chains that involve a very wide array of important raw materials and manufactured products.

Fortunately, technology is making it easier for producers in the world outside Russia and China to boost output of minerals – and to do so in a way that promotes sustainability (as defined above).

For instance, it is likely that in situ recovery (ISR), which has been used by miners of a number of metals (and, in particular, uranium) since 1959, will become more important.

According to the World Nuclear Organisation, ISR “involves leaving the ore where it is in the ground, and recovering the minerals from it by dissolving them and pumping the pregnant solution to the surface where the minerals can be recovered. Consequently there is little surface disturbance and no tailings or waste rock generated. However, the orebody needs to be permeable to the liquids used, and located so that they do not contaminate groundwater away from the orebody”.

Aside from the environmental benefits of ISR, there are also significant economic benefits. ISR is cheaper than conventional mining. It also requires much less capital expenditure: for this reason, it is more flexible. ISR makes possible the sustainable exploitation of deposits that might well otherwise be uneconomic.

Meanwhile, look for the mining companies of the world to do more with driverless – or autonomous – trucks. In early February, Caterpillar Inc. – the Illinois-based supplier of heavy equipment for construction and mining – announced that it had reached a milestone, in that 500 of its autonomous dump trucks were in operation at mine sites around the world. As of the end of 2021, Caterpillar’s autonomous trucks had safely hauled more than four billion tonnes of material and had driven over 145 million kilometres. These vehicles can operate on a 24/7 basis and are 30% more efficient than dump trucks which have human operators.

But… what are the opportunities that are available to you as an investor?

Next week, Southbank Investment Research will be hosting the Clean Tech Fortunes Summit. It’s a free series of long-form video interviews, with some of the world’s leading experts in technology and sustainable investing. Among much else, the interviews will cover how technology is having an impact on the extraction of natural resources. We hope that you will be able to join us.