Going round in circles – but making a lot of progress 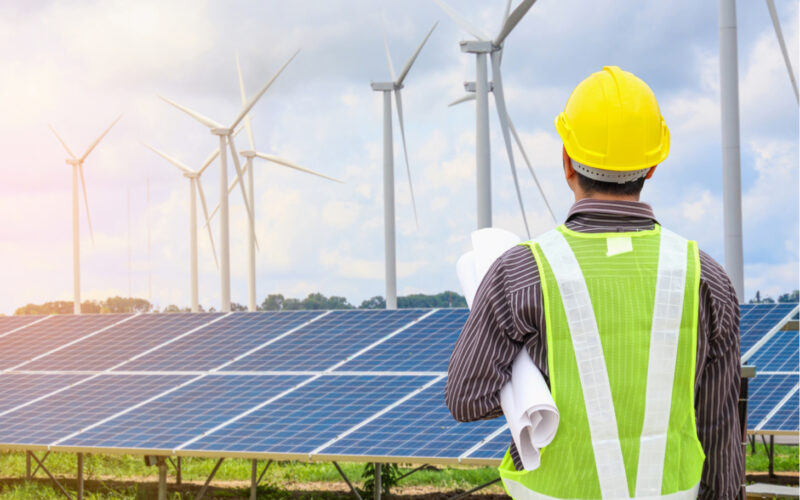 According to circularonline.co.uk, around 9 out of 10 UK adults don’t know what the circular economy is.

If you’re one of them, we’re here to help. In fact, this edition of Exponential Investor is dedicated to what could become a very hot investment topic.

In short, the circular economy refers to the shift away from a wasteful economic model of “make and throw away” to a more sustainable, “re-use and recycle” model.

This includes the re-use of plastics, water, electricity and industrial chemicals.

This shift could play an important role in helping policymakers reach stringent carbon emission targets, and alleviate the growing issue of climate change.

Only 8.6% of the global economy is classed as “circular”, with the world consuming 100 billion tonnes of material (for example, packaging) each year.

With that much stuff, recycling is something that more easily said than done.

However, that still leaves more than half of recyclable goods needlessly being transferred to landfill sites, where it can take up to 500 years for some plastics to disintegrate.

Suppose, for instance, that the United States increased its recycling rate to 75%: the effect, in terms of carbon emissions, would be equivalent to removing 50 million passenger cars from US roads.

One way in which policymakers are seeking to encourage recycling is through packaging taxes.

For example, the UK government introduced a plastic packaging tax in April 2022 to encourage recycling. Under the terms, the tax will apply to any plastic packaging that is manufactured or imported into the UK, which is comprised of less than 30% recycled plastic.

The tax will apply at a rate of £200 per tonne over the threshold.

Another key, recent development in the UK saw the Scottish government ban the development of new waste incinerators from 16 June 2022.

According to Scottish MP Lorna Slater, the move will help encourage a circular economy, because materials are kept in use for as long as possible, and energy isn’t wasted.

The move follows the publication of the Scottish government’s plans to prevent all biodegradable waste from entering landfill sites by 2026.

To some, the move may sound counter intuitive, because incinerating waste and converting it into energy can be a sustainable alternative to fossil fuels, say.

However, waste-to-energy output is roughly 50% renewable, and not entirely renewable, which is what the circular economy seeks to achieve.

What’s more, waste-to-energy is only really useful for materials that can’t be re-used or recycled at all.

Scotland’s policy could go a long way in helping the UK to achieve its target of recycling 65% of all municipal waste by 2035.

Another of the UK’s targets is to have no more than 10% of municipal waste going to landfills by 2035.

The plan includes plastic, packaging and waste requirements, as the EU seeks to achieve climate emissions neutrality by 2050. You can view it here.

Lots of stuff, lots of benefits and some big players

It’s clear the transition to a circular economy is gaining momentum.

In fact, JP Morgan estimates that by 2030, the circular economy could produce up to $4.5 trillion in economic benefits globally.

These “benefits” include reduction in water waste and the space being used up at landfill sites.

As shown, the circular economy is big business and presents new opportunities.

UFP Technologies (NASDAQ: UFPT) is a provider of sustainable packaging. Its packaging is made from 100% recycled newsprint and is 100% recyclable.

The company’s packaging has application across several areas, including the aerospace, automotive and medical industries.

In fact, the company completed the acquisition of medical packaging provider Advant Medical in March 2022, its sixth acquisition in as many months.

Another company driving the switch to a circular economy is Mondi (LSE: MNDI).

The company is LSE-listed and a provider of sustainable packaging solutions.

One of which is with consumer goods giant Reckitt Benckiser, where it provides 100% recyclable, flexible packaging for its dishwasher tablets.

Another is an ongoing three-year collaboration with the United Nations, in which Mondi helps to reduce food waste and mitigate the impact of packaging on the environment.

The green energy transition isn’t all about electric vehicles and renewable energy.

It’s just as much about how well we re-use and recycle goods too.

We can all help to make a difference.