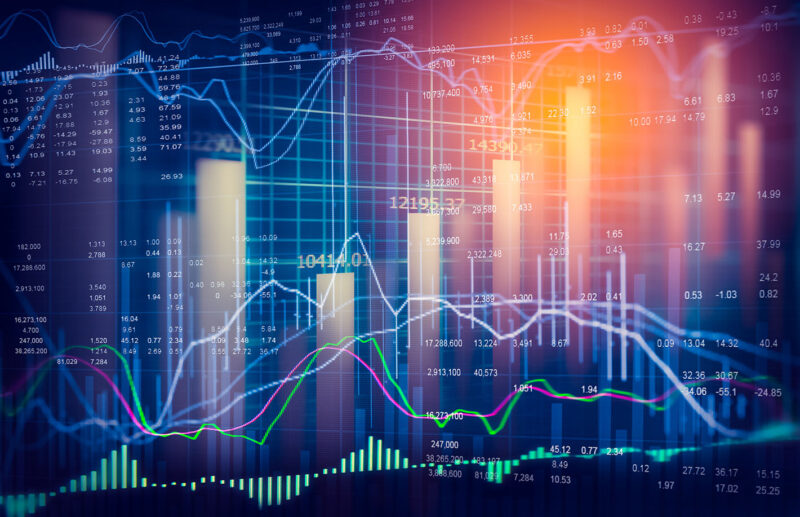 I hope that you’ve had a good start to the year. The Omicron variant of Covid-19 is rampaging across London, where I am based, and the rest of the UK too. If you’ve managed to avoid it so far, then well done.

The mainstream press is providing lots of hard numbers, which I won’t trouble you with here. However, it appears that new infections are becoming fewer, that hospitalisations remain low and that “the end is in sight”.

This points to good news: a return to normal, or at least some kind of economic stability, in the UK and elsewhere, right?

If so, how does one explain the generally dismal performance of stock markets since New Year?

At this point in the discussion, it is worth remembering that listed companies can be classified in several ways.

One way is size – meaning large capitalisation (cap), medium cap and small cap companies. (NB the market capitalisation is the value of the company in question – or the number of shares on issue multiplied by the price.)

Another way is type of company. Growth stocks, for instance, are companies that expect to rapidly increase their revenues; many of these are technology companies. Value stocks, by contrast, trade at lower prices and caps relative to measures such as earnings, sales and book value. Core stocks have elements of both growth and value stocks.

Now, consider what happened in the US market last Friday, 7 January.

A key development last week was the publication, on Wednesday, of the minutes from the December 14-15 meeting of the Federal Open Market Committee (FOMC). The FOMC is the policy-making body of the Federal Reserve (“the Fed”, the US central bank).

Now we know what the Fed really thinks

Among other things, the minutes show that the Fed, perhaps belatedly, has realised that inflation will be higher and more persistent than previously thought. This is what market commentators mean when they suggest that the Fed has been “behind the curve” in relation to inflation.

That’s why the Fed is now scrambling to reduce its supportive (or “loose”) policy stance more quickly than many investors would like, by “tapering” (or slowing down) its quantitative easing programme (QE – the purchase of bonds by central banks to stimulate lending and investment).

The Fed is also indicating that it may have to raise interest rates faster than people had expected.

The implication of all this is that the cost of capital for companies – in the United States and elsewhere – is likely to go up in the near future.

The FOMC minutes also provide a reminder that higher inflation is a major issue for bond investors. Imagine that you invest in a five-year bond which gives you a yield of 2%. Now suppose that inflation over that period is 4% on average. The real (after inflation) value of your investment will go down by about 2% annually.

As of Monday, yields on US 10-year government bonds – perhaps the most important and closely-watched bonds –  had risen to a post-pandemic high of 1.8%.

For context, just before Christmas yields were below 1.4% there has been a sharp rise in yields in little over a fortnight. Another way of describing what has happened is to say that bond prices have fallen.

Financial theory says that higher bond yields and lower bond prices generally have a bigger impact on very large and established companies (many of which are value stocks) than on smaller and rapidly growing companies.

What really matters: investors have less appetite for risk

That’s why expected and actual rises in bond yields (or, if you prefer, lower bond prices) usually produce quite a bit of volatility in stock markets.

Now, at a glance, it may look as though many major indices have hardly reacted. The FTSE 100, the S&P 500 and even the tech-heavy Nasdaq are just below their all-time highs.

And the Nasdaq’s recent performance is actually far worse than it appears.

Despite trading just below its all-time peak, the number of stocks in the Nasdaq index that are down 50% or more from their 52-week highs is nearly at a record high. That record was set in the final weeks of the Technology, Media and Telecommunications (TMT – sometimes called the dotcom) bubble of 2000.

Forty per cent of all stocks in the index suffered this fate, while the index itself hardly budged –  highlighting that its performance in recent times has mainly been driven by a few, huge companies, which are getting bigger and bigger while other stocks suffer.

Put another way, investors’ appetite for risk was falling late last year, and has continued to do so since the beginning of 2022.

That’s a big problem for smaller stocks, as well as for growth stocks that are (very) highly valued relative to earnings, cash flows and book values.

So, investors are a lot more averse to risk than they were a year ago.

As explained in the discussion above about official (central bank) interest rates, bond markets and inflation, it’s a reasonable bet that risk aversion is going to rise further.

Logic suggests that that will be a particularly big problem for the US stock market, given that smaller and more rapidly growing (usually) technology-related companies are very well represented there.

However, other national markets are different. Some have stock markets made up of better capitalised and more profitable companies. This includes the UK’s FTSE 100, which is made up of banks, energy and pharmaceutical companies. For a long time, the index’s lack of high-flying growth stocks has meant it is trading at “cheap” valuations compared to its US cousins.

Similarly, Japan’s Nikkei 225 is also made up of profitable, established companies. Since its own bubble burst in 1990, the index has lagged behind its US counterparts. Decades of underperformance should serve as a cautionary tale for anyone who still believes that if the US market crashes, then it will soon recover to all-time highs…

That’s all from me today. Just as I finished writing this, I discovered that a close contact from the weekend has now tested positive. Oh my cron!

PS One sector that tends to do better than most in inflationary periods like the one we have now is energy commodities. This used to mean oil, gas, and coal, but in the energy system of the future it’ll mean something else entirely. We think one sector in particular is set for an explosive decade – ﻿click here to find out more…