How one announcement sent this stock 17.5-times higher in two days 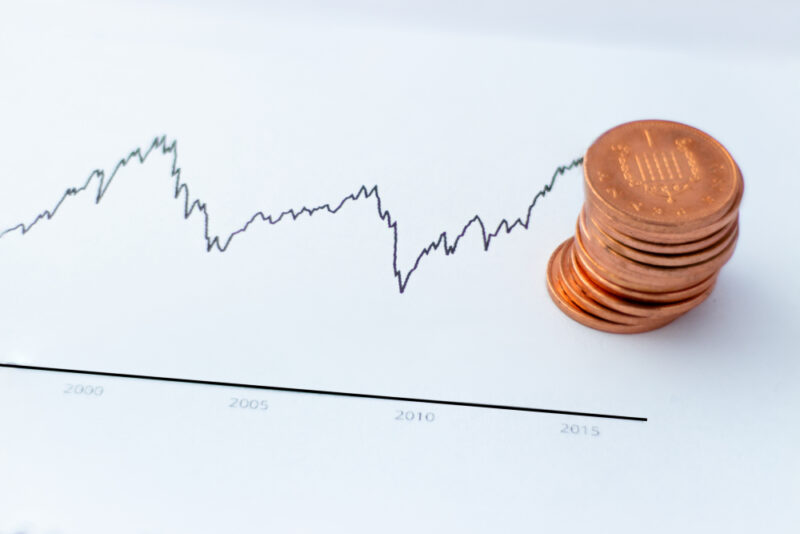 This was the claim when it came to light that Senator Kelly Loeffler had liquidated millions in stock within days of a private Senate Health Committee hearing on coronavirus in March 2020.

While rejecting the accusations, Loeffler and her husband Jeffrey Sprecher also then liquidated their holdings in Bakkt Inc., the bitcoin futures company owned by the Intercontinental Exchange (ICE).

This was somewhat surprising as Loeffler was the former CEO of Bakkt, and her husband was (and still is) the CEO of ICE.

However, fast forward to now and we bet that Loeffler and Sprecher rue the day they decided to offload their holdings in Bakkt.

You see this week, Bakkt delivered the kind of single-day returns that are usually only reserved for crypto.

Then again, as a bitcoin futures exchange and a consumer-facing application combining traditional finance and crypto, perhaps this kind of upwards surge was always on the cards…

On Monday payments giant Mastercard announced a deal that will reverberate around traditional finance for weeks… maybe months. Indeed, it may change the very fabric of Mastercard’s business.

The announcement was that Bakkt would be providing the technology to allow all Mastercard merchants to integrate crypto into their products.

Not only that, but also any bank on the Mastercard network will also be able to integrate crypto into their products and services.

How is Mastercard planning on doing this? This is all possible thanks to the technology that Bakkt is offering up with its crypto custody, loyalty rewards and digital assets businesses.

This tie-up is huge news, and it sent Bakkt’s stock price soaring upwards by 234% on Monday alone!

But here’s a left field question for you… what does Bakkt and former President Donald Trump have in common?

The answer will surprise you…

You see on Monday here in Exponential Investor I explained the real reason for Trump’s new social media platform.

You can read the full essay here. In essence, it’s a play for him to just make a heap more cash, to bolster his bank balance, and in my view, offers very little in the way of a free, liberal social media platform.

Trump’s plan is to launch to market via a special purpose acquisition company (SPAC) reverse merger. The SPAC route to market has become a popular way of getting exciting companies to market fast over the last year and a half.

But, in 2021, the SPAC phenomenon has fallen out of favour somewhat. Or at least that’s what the mainstream would have you believe.

What’s key is to understand how SPACs work and to see how you can get ahead of the money.

Now, speaking of getting ahead of the money. Can you imagine trading alongside the “inside money” – without breaking a single law.

Imagine knowing that company insiders like Elon Musk or Bill Gates or even Trump were piling into the market before you bought in. There’s a simple way to do exactly this in the stock market.

On Thursday, we’re hosting a free event to reveal how it works – hit this link to reserve your place.

Had you taken a position for example in the SPAC, Trump’s media business is planning on merging with you could have seen your portfolio boom for simply being ahead of the mainstream money.

Don’t write off the SPAC

Digital World Acquisition Company (NASDAQ:DWAC) is the SPAC that Trump Media & Technology Group (TMTG) is planning to merge with to get to market.

Last Wednesday the SPAC was trading around its obligatory $10 price (a bit under actually). This is typically the price most SPACs exist around before they find a company (like TMTG) to merge with.

But sometimes, when a deal is announced and the market likes it, the SPAC can boom well before the deal even completes.

That’s what happened to DWAC after Trump’s announcement. DWAC traded as high as $175 on Friday, simply because of the proposed deal with TMTG.

It’s crazy, isn’t it? But it’s reality. This is how hard and high SPACs can run with the right deal.

Now I asked earlier what Trump and Bakkt have in common.

Well as you can see, Trump’s SPAC deal sent the market a little wild. Big money was there to be taken. Will TMTG end up as a success? Who knows…

I don’t think so – but, so far, the market clearly disagrees with me.

However, did you know that Bakkt Inc. (NYSE:BKKT) also hit the market via a SPAC?

Just eight days ago, Bakkt wasn’t even trading as Bakkt. It was trading as VPC Impact Acquisition Holdings. It was a SPAC with Bakkt as the announced target company.

You could have bought into VPC for around $10, even after it’d announced the deal with Bakkt. But most of the market missed it because it wasn’t well known. There were weeks, indeed months, where investors could have jumped on to the opportunity at $10 (and often lower) getting ahead of the money that now seems to be flowing in.

Let us finish this edition of Exponential Investor by revisiting the hard numbers:

It is likely that the mainstream media will continue to tell you that the SPAC mania is over, and that there isn’t money to be made in these exciting vehicles.