How to monetise the UK’s greatest export

Here’s one for you – what links an oil sheikh, a trendy, hyperactive Spaniard, a corrupt international body and the basics of accounting?

Well if you follow the news from our pride and joy, the English Premier League, you’ll know that the answer is Manchester City (owned by Sheikh Mansour, managed by Pep Guardiola), who have just been sanctioned by UEFA over Financial Fair Play (FFP) regulations.

The FFP regs were brought in because the money involved in the Prem was becoming absolutely bonkers. The latest TV deal gave the league and its teams about £9 billion for a three-year right contract…

Players are being paid £350,000 to play less than half the games in a season.

Teenagers are swapping teams for sums north of £100 million.

Football, our great love and national sport of a multitude of nations across the world, is big money.

With so many transactions going on, across borders and under tables, it’s no surprise to see some financial disruption coming into play.

Our very own sports enthusiast Sam Volkering just happens to also be the most expert cryptocurrency analyst I’ve ever met, and sees cryptocurrency disrupting the way football is run.

Just imagine if the crypto market opened up access to that evergreen source of riches – it would have enormous ramifications for sure.

Sam has written a piece so interesting to football fans, investors and crypto enthusiasts alike that I asked him if it’d be alright to share it more widely. And he kindly agreed.

And now, over to Sam…

Is football driving this crypto surge?

I’m not sure if you remember but during the last summer football transfer window, crypto popped its head into the picture. There was talk that in order to facilitate speedy and secure player transfers, cryptocurrency could be used.

Considering tight deadlines to get contracts across the line, it’s a pretty good option. There have been examples of trades or deals falling through simply because the paperwork couldn’t be filed and submitted within the deadlines.

But what if all those contracts were digital, and existed as a segment of data on a blockchain? Where you could instantly transfer a contract from Spain to the UK or from Argentina to Germany in an instant.

That’s possible, and if it was the case, the underlying blockchain would have tremendous value to those who use it.

Or an example I’ve used previously is basketball trading cards. I used to collect basketball cards when I was a kid. Smartphones didn’t exist back then, regular mobile phones were only just starting to become a thing.

The cards we collected were physical. Within every pack you wished and hoped for a real special, rare card. A rookie card is amongst the hottest property. What I wouldn’t have given to get a Shaq rookie card in my pack of Upper Deck cards bought from my local game shop.

Still, we’re not in the 90s any more. There’s no reason you couldn’t create the same kind of collectibles and memorabilia in the digital word, but with the same collectible desires and rarity from days gone by.

You can create one-of-a-kind or limited run non-fungible tokens that represent a player or important milestone. Imagine having a one-of-10 limited edition Michael Jordan rookie card as a digital collectible token…

The possibilities are endless.

Then there’s the idea of using cryptocurrency to tokenise assets. That could be a piece of art, a collectible rare classic car, even property like a house or even a football club.

Imagine buying a few tokens in your favourite footy club…

Believe it or not, I’m a Wolverhampton Wanderers (Wolves) fan. I married into it, okay.

I’ve been to the Molineux for a few games before. And they’ve got this wall outside the stadium with people’s names on it.

Having also done the stadium tour with some family, I learnt that as a bit of a fundraising exercise they sold off some bricks that would be used as part of the wall for fans. That kind of thing gets die-hards fan excited and engaged as part of the club.

I’d buy a brick if they did it again… or what if the Wolves or any other club for that matter, were to tokenise and sell off a part of the club to the fans?

These tokens would represent real equity in the club. Maybe even allow for a dividend payment if the club was profitable enough and decided to pay one.

I noted the Wolves made a profit this year of £21.64 million. While they might not pay a dividend, maybe one day if the returns were big enough they would. And considering there have been rumours of them doing an initial public offering (IPO) for the club, what’s not to say they can’t “tokenise” it instead?

These equity tokens could also allow access to things like fan rewards, discounts on memberships and access to special events and functions. Furthermore, they could be bought and sold on an exchange. New or existing fans could buy into the club, get the benefits and own a slice of their team.

It has the potential to not just engage on a more intimate level with fans, but also raise capital and even attract potentially higher valuations for clubs.

This is another example of how cryptocurrency could be used in an industry that people probably wouldn’t think of.

The potential use case scenarios for blockchain technology are massive. The application of different applications for different blockchain projects is immense. Opportunities in industry like public services, sports, asset management, finance, logistics and transportation (just to name a few) are just scratching the surface.

And as the world starts to realise the real underlying potential of this technology, then we will continue to see rises in values. As use cases start to come to fruition, the values will rise. As people see the broader opportunity and how it will inevitably permeate through our world… the values will rise. 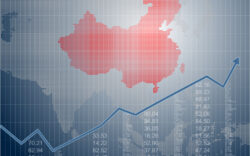 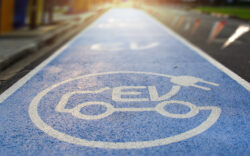 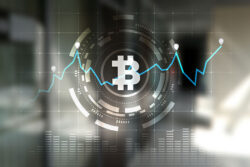 From old money to new money