If markets are falling, why are people still buying? 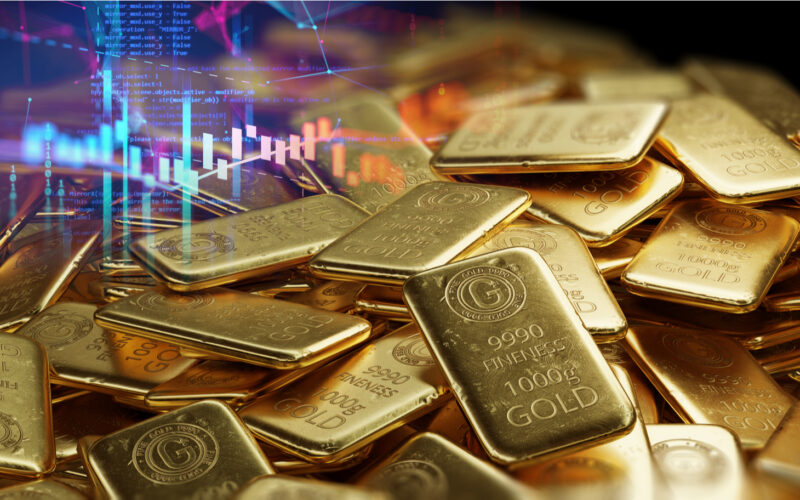 Gold is big business in Australia, where we’ve got the world’s largest reserves.

We’re neck and neck with Russia as the second-largest exporter of the yellow metal. Exporting it all over the world adds about AU$26 billion a year to our economy. Plus the shiny stuff is also the only reason anyone willingly lives in the most isolated capital city in the world.

So it would make sense that we have a conference here dedicated to all types of precious-metal investing and the miners in Australia who dig up said metals… or those still looking for the gold and hoping to find it.

There I was Tuesday. Hanging around a very plush hotel, attending the first in-person Australian gold conference since 2019 with roughly a hundred or so eager investors. Which isn’t many.

It hasn’t always been this way. When this gold conference was first launched in 2010, rumour has it almost a thousand people showed up.

No doubt the large attendance was helped by the fact that gold had just cracked over US$1,000 per ounce for the first time in history.

In the years since, the number of attendees has tended to correlate with just how frequently gold has been in the news. In 2014 and 2015, when the precious metal was still heading south, people couldn’t be bothered. It was just another hyped-up investment to them. However, when gold hit US$2,000 per ounce in 2020, that year’s virtual event ran out of digital meeting spaces to accommodate all of the investors.

Even though gold is only a couple of hundred dollars away from recent highs, the lack of “new” excitement around it isn’t a surprise for the low turnout.

What did surprise me, however, was that these relatively inexperienced investors were very keen to invest in the mining sector…

Markets may be tanking, but you would never have known that on Tuesday morning.

Rather ironic, too, given that we were all at a gold-mining conference and gold, gold miners and the broader mining sector are all getting a good thumping.

For example, gold was at US$1,820 as the conference opening remarks were made. By the end of Tuesday, it had been smacked down a further US$13 per ounce.

The global mining index, the S&P Metals & Mining Select Industry Index, only lost 1% on Tuesday. Much harder hit was the local Australian index, however. The S&P/ASX300 Metal & Mining Index (XMM) was smashed 4.45% lower on Tuesday alone, down 14% since its April high.

As the market’s faith in rocks waivered, it also sunk the Aussie dollar, with local currency dropping below US$ 70 cents for the second time in 30 days.

(Some eagle-eyed readers may have noticed my user name on the chart is a little odd: “Marbleateit”. It’s a long story. Let’s just say I have a big, beefy, gentle giant of a dog that spent the first 12 months her life gnawing on everything – and I do mean everything – in sight. I never, for a second, thought anyone would ever see the chart.)

The sun may have been shining in Sydney this week, but the market absolutely would not.

Despite the sea of red for local stocks — the ongoing broader global market selloff – investors were still keen on investing in mining stocks.

You see, during the event, I got to play tour guide for an hour. My job was to take all the new investors around to a handful of company stands and teach them some basic questions to ask mining companies in order to learn more about their company.

What these investors had in common was not their love of gold or silver. It was that they wanted and were eager to buy mining shares. And not just any kind of mining shares. They wanted to add a range of mining stocks – the producers, developers and explorers – to their list.

When pressed on why, the answer was simple.

While most of them admitted they couldn’t tell a gold mining company from an iron ore one, they’d been reading for the past few months about the volume of commodities required for the coming energy transition.

More to the point, some admitted falling markets concerned them but that they were taking a long-term approach to buying equities and wanted to invest in companies for years. In other words, the market correction wasn’t a deterrent, rather a reason they were taking their entry into gold and the commodities sector slowly.

Markets are rough right now. Yet there is still plenty of money flowing into the commodities sector.

Make sure you join me tomorrow. In tomorrow’s Exponential Investor podcast, I run through some of the common questions I received from investors on Tuesday.

A note from our publisher

John Butler and Boaz Shoshan are back with this week’s Southbank Live – the interactive money show for UK investors.

They go live at 7pm tonight. Topics will include:
You can join them live on any of these three platforms (or set a reminder on the page if you’re early): 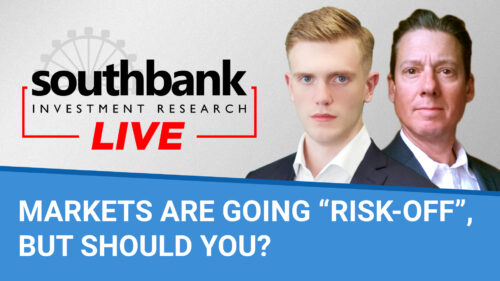