Is cinema really dead? Or do you buy Cineworld?

Last week I got what now seems to be a prophetic email from my bank.

I will admit, the bank is the last mob I expected to be at the forefront of this story. But perhaps they caught wind of what was going down long before the mass market did.

In fact, the more I think about it, the weirder it gets.

Okay, so here’s the rub…

One of my bank accounts is a Lloyds Bank one. And part of this day-to-day account is that it gives you a “benefit”.

These include cinema tickets, magazine subscription, discounts for a food society thing.

I’ve used all my free tickets every year without fail. In fact, it’s been a great little benefit to have for just having the account.

Every year the bank sends out an email to ask me to choose my benefit for the next year. It’s usually a case of, “if you want to keep your existing benefit do nothing”.

I was expecting the same. And to be fair I’d probably have gone for the cinema tickets again. I still have no doubt that by summer 2021 we’ll be living in a world much more like summer 2019 than summer 2020.

However, this is not the case according to the bank.

Did it know in advance?

This year, there is no Cineworld cinema tickets as a benefit.

As the email said,

From 1 May 2020, Cineworld tickets are no longer available. If you have Cineworld as your current cinema choice and don’t select something different, then we’ll send you tickets for the closest cinema to you, based on the postcode you have on your account.

Oh dear. Now, instead of Cineworld tickets I get to choose 12 free Rakuten TV movie rentals. Which I have promptly chosen. Did the bank know that Cineworld had bad news coming? Was it preparing us before the events of Monday?

A day later speculation arose and then it was confirmed with a market announcement on Monday that Cineworld would be, “… temporarily suspending operations at all of its 536 Regal theatres in the US and its 127 Cineworld and Picturehouse theatres in the UK from Thursday, 8 October 2020.”

When will this temporary closure end? No one knows. Seemingly not until the current state of draconian restrictions ends. With incompetent government at the wheel, then we can only speculate when that will end.

What is for certain though is that 45,000 more people will be out of work. That’s not Cineworld’s fault. It’s the restrictions government have placed on everyone and the fear campaign it’s deployed to ensure compliance.

Make no mistake, if Cineworld fails because of this, it will be the fault of government action.

However, within the idea of Cineworld failing is the bigger question: is cinema dead? And if it is, does that mean it’s the end of AMC Theatres (NYSE:AMC) (owner of Odeon Cinemas Group) as well?

If the only place you could watch a new blockbuster Hollywood cinema release was… not at the cinema.

The Death of Cinema… again

I remember when Netflix began to really hit its strides gathering up tens of millions of new users every time it hit a new region. And then when Amazon Prime launched doing much the same. And then Apple TV+ and Disney+ more recently.

But it didn’t kill cinema at all.

In fact, cinemas have continued to be the best place to go to see a new release. And that’s because of the event itself of going to the movies. To go to the cinema is an outing in the best sense of the word.

It gets you up and out of the house. Sometimes socially with others. Maybe you go to dinner before or after. Perhaps the pub as well. It becomes a much bigger exercise than just going to the cinema.

You get ridiculously expensive popcorn and then almost always get the size-too-big because it’s like 20p more than the micro-size bag.

This is what we love about the cinema. The event, the grandeur of it, the smells, the sight itself of a mega-screen and the sound is unrivalled at home.

Streaming services won’t be the death of cinema. But Covid-19 might be.

At least if we continue to be restricted from our freedoms and liberties, it will be.

If this time next year nothing has changed in what we can do and where we can go, then yep, it’s probably a fair call to think cinema will be dead. At least this current iteration of it will be dead.

At some point down the track when we’re all free, then maybe it will resurrect itself. Still, if nothing changes, then nothing changes, and a company like Cineworld is a dead duck in the water.

However, my take is this isn’t the end of cinema. And I don’t think this is the end of a company like Cineworld.

The best contrarian play of the year?

There are a few key things to consider here.

The question is, will its US and UK operations ever return?

The answer to that question then makes the next question highly important. And it’s a simple question. Should you buy Cineworld stock right now?

Here’s the dilemma: if you think restrictions will continue long term and nothing will change over the next 12 to 18 months, then you’ve got to naturally think this could be the end of Cineworld.

If you like the long-term idea of cinema being the same market it has been over the last few years… well this might be the ultimate contrarian play.

In intraday trading on 17 March this year, Cineworld’s stock price hit 18.29p. That was the absolute low of the first market crash.

On Monday the new low bar was set with the stock touching 15.64 in intraday trading. Cineworld’s stock has never traded this low in its history of being a listed company.

The punt here is simple. If you think Cineworld will survive these lockdowns and cinema isn’t dead, then you should seriously consider this stock. Look at its latest reports, understand the risks of utter and complete failure, do your due diligence.

But if you think this is the real death of cinema… well the answer there explains itself.

Cineworld might be the best stock to buy right now, or the worst. It just depends on your view and stance on the cinema industry long term. A view that only you know the answer to. 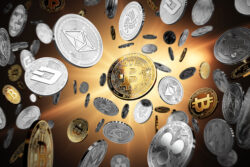