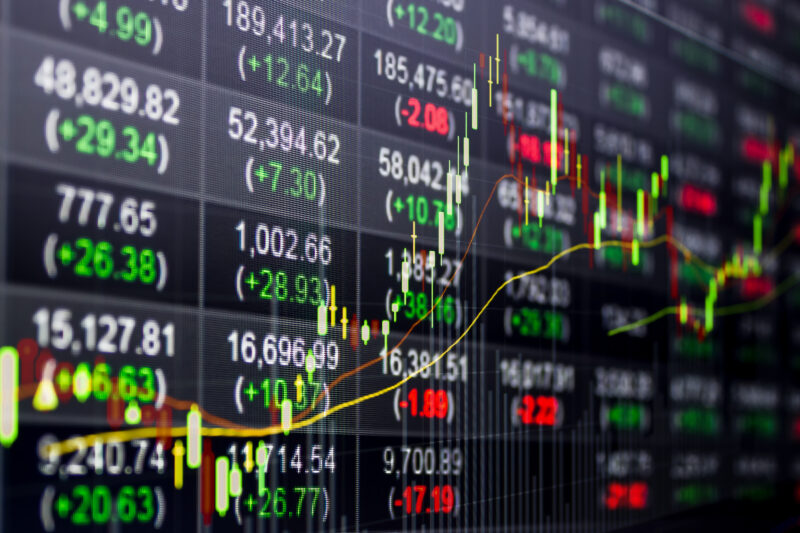 Stock market bears have much to talk about in today’s stock markets.

We have record valuations in terms of things like the Buffett indicator which measures the market capitalisation of the stock market against the GDP of the United States. Or the CAPE, which is Robert Schiller’s price to ten-year earnings metric. Both are at – or way beyond – all-time highs.

We also have a stock market that has soared as the global economy has suffered in the wake of the Covid-19 pandemic..

But on the other side, there are some powerful reasons to hold firm. Put another way, the bulls have some arguments on their side.

Firstly, we are coming out of a recession and seem to be starting a new economic cycle, with jobs being added and economies growing. Better still, productivity seems to have improved through some of the changes in working habits brought on by the pandemic. The economic upswing has further to run.

This can be seen in the fact that US unemployment is much higher than it was before the virus arrived, but GDP has returned to its previous level.

Put another way, the FRED data that is published by the Federal Reserve Bank of St Louis shows that total value added in the United States is at an all-time high, but is being achieved with about 5% fewer workers than were needed prior to the arrival of the pandemic.

Further, while bond yields and interest rates stay very low, it’s acceptable to pay more for stocks (which means a lower expected return) because relative to bonds, they are still attractive.

Those are the main arguments from the bears and the bulls – the two ancient groups of heroes who are  battling it out for the long-term allocation of your capital.

As ever, there are wildcards which cannot be ignored. Regardless of geopolitical issues, China is a threat to markets at the moment – with the government’s crackdown on tech companies, and the collapse of its second largest property company, Evergrande.

As the heading of this section of Exponential Investor indicates, now is a time for caution, in my view.

There are two really big risks that threaten the bulls’ case.

Risk number one is, of course, rising interest rates – in all probability due to rising inflation.

If the US and global economies keep booming, that is likely to fuel inflation further. We have already seen consumer price index (CPI) inflation in the United States, and multi-decade inflation records being broken in Europe and elsewhere too.

That could force central banks to raise rates to temper that inflation, as some have already started doing across the world.

Risk number two is that the economic growth that everyone is currently expecting just fizzles out.

The economic rebound we’ve all been seeing this year could be highly “transitory”. The pandemic isn’t over: it could send us into lockdowns again. The recent data coming out of Israel is particularly concerning in this regard, where a highly vaccinated population is seeing pre-vaccination levels of surging cases.

The instant conclusion, which will need verification, is that vaccines are actually not lifelong immunisers, but rather Covid-19 deterrents with 4-6 months’ validity – which is why we’ve started calling them “jabs”.

Vaccine shortcomings, or new variants, could yet derail the economic rebound and boom that the bulls are hoping for.

Suddenly, it wouldn’t be inflation we’re worried about, and central banks would revert to more, rather than less stimulus, in the form of quantitative easing (QE – the creation of money, essentially out of thin air, to buy government bonds and other securities).

In that instance, rates would stay lower, which justify high multiples, but earnings growth wouldn’t be quite so high.

So, a key question here is the direction of interest rates, one which remains unresolved, and for now, unresolvable.

It makes sense to stay in the market, as timing entries and exits is forever impossible, but acting with a fair degree of caution.

As noted, inflation is key to answering the direction of rates. And here again, you can find strong, opposing arguments.

Inflation is one of those annoying things for which there is no ubiquitous measure, for a start.

Do you measure the price increase of each individual good and then take an average of the percentage gains?

Or to you take the total spent on all goods?

In the former, you fail to take account of substitution – if apples go up in price very quickly, some people will switch to oranges.

In the latter, by starting with the total spent on goods at the end of the period, inflation is understated because it presupposes that all the changes in consumption (the substitutions mentioned above) had already taken place at the start of the period.

There is a third major measurement, which takes an average of the two.

Never mind that the price of a phone in 2011 relative to 2021 is a false comparison, because the phones of today can do incomparably more things, and at lightning speed.

Basically, inflation is a deeply personal thing. National, broad, inflation metrics are at best a helpful guideline for the lived experience of some or most inhabitants. But there will be a broad spread around that figure for each person, family, business, area, or group of people.

If you have a sick relative, or children going through school, or need to buy a lot of food or vehicles for your business or lifestyle, then a single sector can massively impact your annual costs.

Healthcare and education costs have risen rapidly, for example, so the idea the inflation between 2010 and 2020 was very low would seem laughable to those who needed a lot of care.

But the broad brushes of inflation are as follows:

And, over the longer term, we have:

The result on rates will be mixed in the short term, and potentially significant in the long term.

Anyone with an investment horizon of more than, say, 18 months should bear this in mind.

The last year or so has been a golden period for the bulls.

Rates have been very low. Newly created money has flowed in huge quantities into the global economy and financial markets. Activity has been growing and corporate profits have been rising.

At some stage, though, interest rates will rise again.

Before or after that time, economic activity may stutter or splutter.

The golden period can only last for so long.