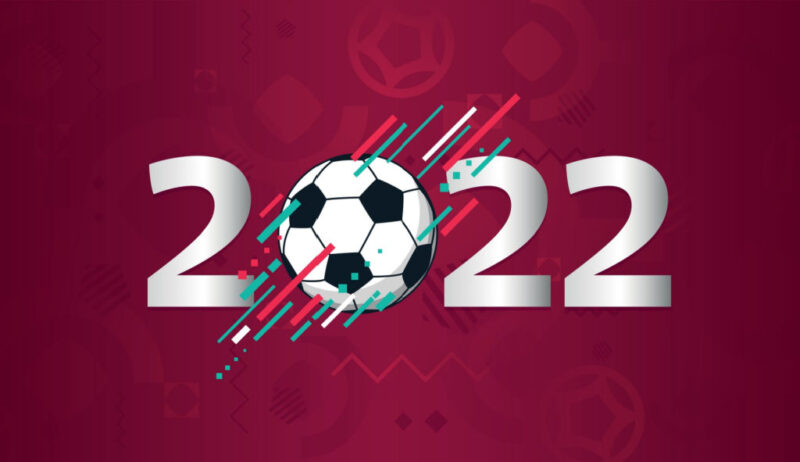 The World Cup kicked off yesterday. It is the World Cup that perhaps should never have been.

Or at least should never have been in Qatar.

Now you could find a whole host of other reasons why the World Cup shouldn’t be in Qatar. If you’re keen on learning about a few of those, I’d highly suggest watching FIFA Uncovered, on Netflix. It’s a real eye-opener.

Nonetheless, before kick-off even took place, a bombshell was dropped on some of the major sponsors of the World Cup.

In particular you’ll find that Budweiser was blindsided late in the week when Qatar decided to ban alcohol sales around the World Cup stadiums.

Of course you will have seen the news about this if you’ve paid any attention to the World Cup lead-up at all.

We don’t have much to add to the coverage you’ll find in the mainstream media on that one. It just adds to the craziness of holding a World Cup in a place where alcohol consumption in public is illegal along with other things like, for example, same-sex relationships.

Anyway, Qatari laws aside, the fact that you can’t go to a World Cup and have a beer at a game is on the higher side of ridiculous.

For a company like Budweiser, who has tipped in millions of dollars for sponsorship rights, it’s really a kick to the guts.

Budweiser is one of the brands under the Anheuser-Busch InBev (AB InBev) company. Other beers under the umbrella include Stella Artois, Beck’s, Corona (outside the US) and Jupiler.

Now initially you might think that banning alcohol at World Cup stadiums might have a knock-on effect for AB InBev’s stock price. It might be a catalyst to take a negative view of the stock.

However, negative news isn’t actually all that bad. At least not when it comes to the World Cup.

In 2018, the British Beer and Pub Association estimated that during the England vs. Colombia last 16 World Cup game, British drinkers would buy an extra six million pints.

And that the subsequent match against Croatia would result in an extra eight million pints.

Goodness knows how many extra pints they’d have shifted if England made (and won) the final!

My guess would be in excess of 10 million extra pints.

So you can see that even if the World Cup exists on foreign soil, which is typically does, the actual benefit is far reaching for the “World Game”.

That means that, even if the Qataris are banning booze at stadiums in Qatar, it’s certainly not going to slow down the punters here in the UK… or anywhere else in the world.

FIFA audits from the 2018 World Cup (in Russia) show that 3.572 billion people tuned in to watch. It’s fair to conclude we’ll probably see in excess of 3.5 billion people watching this one too.

It’s pretty clear why companies like Budweiser want to get their brand all over the tournament – 3.5 billion sets of eyes is quite the audience to appeal to (even if, at the actual games, you can’t consume the beer).

When you look at the sheer numbers of people watching, think about the volumes of people going out to watch games, drinking, eating, buying, spending… it’s actually quite positive momentum for the kinds of companies that make this event so much fun to watch.

When we put on our investment ideas hat, that also makes us think, which companies then are set for a World Cup Boost?

Stocks to look at for a World Cup Boost

For us, there are a clear set of stocks that could see a handy bump in revenues and fortunes simply because of this being a World Cup year.

Even though the economy is struggling and the cost of living is rising, we still think that pubs are going to get a much-needed boost over the next few weeks.

That means that some of the big pub companies in the UK, Mitchells & Butlers, Marston’s and the City Pub Group could see greater footfall and spending in their venues.

Furthermore, we anticipate that even with increased traffic, there will also be a huge cohort of people that choose to watch at home as well. That means extra spending on food and drink at the supermarket. Of course, this also leads into the Christmas period in fairly short order…

Beneficiaries of this could also be the supermarkets, Sainsbury’s and Tesco.

But don’t neglect the drinks companies either. AB InBev may look a little silly sponsoring what’s almost a “Dry” World Cup: however, you can be guaranteed that the United States won’t stop drinking beer. Neither will the UK or Europe, or anywhere else that has no issues with the amber (or other coloured) liquid.

AB InBev and Diageo are always going to shift a lot more product in the weeks during a World Cup.

So, if you’re thinking about investment opportunities during a World Cup, these are all fine starting points to dig a little deeper into.

There is one final thing I should add: a lot of the success that could come the way of the British pubs and drinks companies is predicated on the success of the English team.

The same goes for the United States and European teams. Ideally what you’d want is for the national team to go as far as they can into the tournament. My guess is that these companies are hoping that the UK and United States finish first and second in the group stages… and then meet in the final.

That outcome is unlikely. But it is still a possibility, so you never know!