Should you fix your mortgage? And for how long? Two, three, five or ten years? 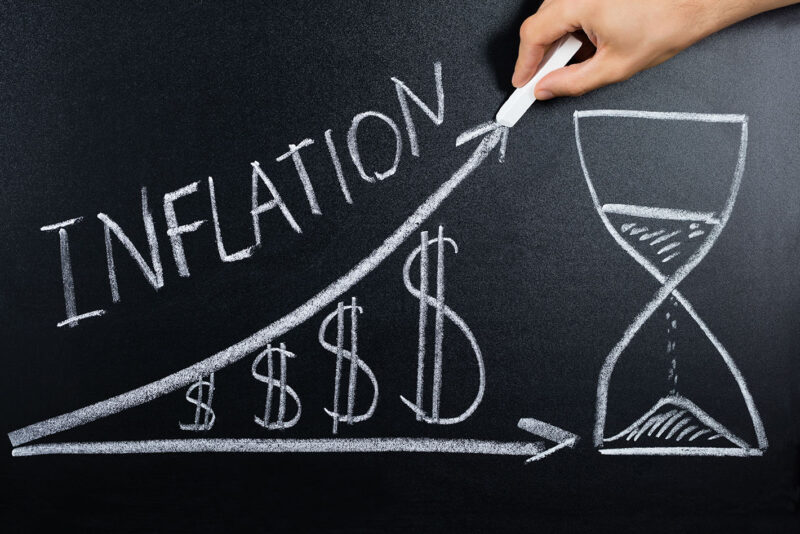 Nothing raises fear amongst homeowners than the thought of paying hundreds… make that thousands more in mortgage payments.

For a long time now money has been cheap, mortgage rates have been cheap and people have pushed the boundaries of leverage.

But as the world deleverages, what does that mean for you if you’ve got a mortgage?

Already you will have seen that mortgage rates are on the up. What was cheap money before, is still cheap, but just not as cheap as this time last year.

Furthermore, what will you do if money gets expensive?

According to Finder.com around this time last year the average two-year fixed mortgage was 1.52%.

Make no mistake, that’s cheap. In an era where Bank Rate – the key policy rate that is set by the Monetary Policy Committee of the Bank of England – has been under 1% for the better part of 13 years, it’s no wonder people have got used to cheap money.

The big question is, what do you do? What should you do if you’re buying your first home, or about to remortgage your existing loan?

Well here’s what you need to consider…

What is the norm?

Andrew Bailey, governor of the Bank of England, says:

“We have raised the official rate four times so far and have made clear that in order to bring inflation down to target we are prepared to do so again based on the assessment at each of our meetings.”

That was at a time when the world’s stock markets were in full capitulation mode and there was a real risk of complete failure of the entire global financial system.

It was also one month after the genesis block of bitcoin went live.

But thanks to the interventions of the global central banks during the 2008 and 2009 banking crisis, the “new norm” has been cheap, dirt-cheap money.

However, there’s nothing “norm” about it. The last 13 years of cheap money is an anomaly. The reality is that normal rates that are set by central banks are and should be much higher.

My view is that that’s exactly where they need to and will be heading.

I expect that for some kind of stability to return to the traditional global financial system, Bank Rate will need to be around 6%.

Take some time to think about if Bank Rate goes to 6% – what does you mortgage look like in that situation? Or if you’re thinking about buying a home, can you afford that?

Bank Rate shows where the Monetary Policy Committee believes that interest rates in general should be. The retail banks, where you actually get the mortgages from, have higher rates than that so that mortgage lending is a profitable business for them.

If Bank Rate is 6%, then expect mortgage rates to be about 7%.

Let’s look at some raw numbers as to just how much hurt that brings.

Mortgage rates had been around 1.7% for something like a two-year fixed rate.

Today, however, you’re already looking at rates that have started to creep higher in line with the Bank of England lifting rates.

Here’s what I found on MoneySupermarket entering in the same figures, £300,000 over 25 years principal and interest repayments…

Now that’s a bump up from this time last year. But it’s still really cheap money.

Now let’s take a look at what kind of repayment you’re looking at if the mortgage rates are,

I can guarantee you those kinds of rates would push a lot of people into mortgage stress (assuming they weren’t there already).

First-home buyers would find an even bigger chunk of their take-home pay allocated to the mortgage. It would seize up the housing market. Defaults on mortgages would likely soar.

The big questions to answer I think are relatively simple.

First off, what do you think the Bank of England’s Monetary Policy Committee is going to do with rates?

With inflation out of control, the Committee really only has one option: to lift rates higher. As noted, that’s exactly what it plans to do.

That means the retail banks will lift their mortgage rates, passing that on to the customer – in other words, you.

So if rates are on the up, how high will they go? How long will they stay there? These are the trickier ones to answer.

In one scenario, the Monetary Policy Committee rapidly lifts Bank Rate to 6% or 7%. Inflation is stamped out, but at the cost of a serious recession for the UK.

After that, Bank Rate comes down again. But, even then, do you really think that Bank Rate would be cut back to 0.1%?

The second scenario is that rates stay up around 6% or 7% for a long time and that level, once again, becomes the norm.

If that’s the case, wouldn’t you want to be on the cheapest fixed rate that’s available for as long as possible?

And finally, let’s assume that Bank Rate does not move much higher than 1%: in his case, the Monetary Policy Committee is confident that just talking about higher rates is enough to solve the problem of rampant inflation. Suppose, in this instance, that you’ve locked in a 2.5% rate before the mortgage rate slips back to 1.7%. Would this really matter to you?

But… if Bank Rate and other rates go a lot higher, the impact could be massive. We may be at the end of cheap money. If we are, you need to seriously think about what you can afford and what looks good now.