Should you invest in quantum computing? 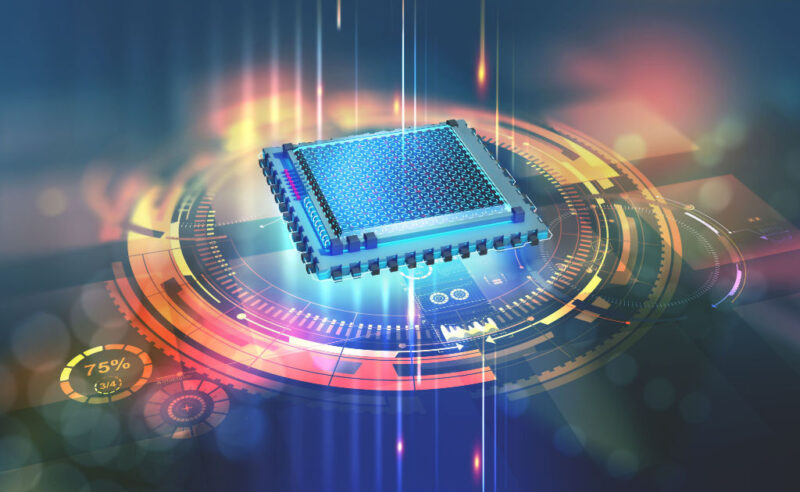 What is quantum computing?

Quantum computing sounds like something that belongs in a mad scientist’s laboratory.

However, in a few years, it will likely be a staple of several industries, including automotive, healthcare and banking.

It’s a complex topic, which takes some understanding. However, it might turn out to be one of the hottest investment trends of the century.

Traditional computing systems comprise binary bits, and bits are a sequence of “ones” and “zeros” that computers use to process information. Each bit is subject to one defined state: zero or one.

This binary system has proven extremely efficient over the years.

But what if there was a better system? A non-binary system that could factor in everything else that exists between zero and one?

This is the theory behind quantum computing.

Quantum-computing systems use qubits. Qubits are made up of charged particles called ions.

Unlike bits, qubits can take on multiple states simultaneously. They’re not restricted to zero or one in their makeup, like binary systems.

They can process zero, one and the infinite possibilities that exist between those states.

Increasing the qubit count by one boosts processing power exponentially.

In fact, a 275-qubit quantum computer can consider more states than there are atoms in the universe.

These things are powerful.

Quantum computers have a different use case to traditional computers, and are not something you jump on to surf the internet.

Rather, they are used to simulate real-world scenarios and help businesses make decisions.

For example, in electric vehicle (EV) batteries, quantum computers can simulate the behaviour of lithium-oxide ions.

This helps identify improvements that can be made in battery capacity and durability.

As a result, EV manufacturers can save huge amounts of time and money, as they don’t have to invest in experimental R&D processes that may turn out to be unsuccessful.

They can use data from quantum simulations and avoid wasting valuable resources.

Where did quantum computing originate?

Until 1998, the binary computing system was all the world knew.

Charles Babbage, the father of computing, invented the first computer in 1822.

It was steam driven, weighed roughly three tonnes and was called the “analytical engine”.

Of course, technology has advanced since then, and presented us with some ground-breaking computing innovations.

What’s little known is that the quantum-computing trend has been around for some 24 years.

During the computer and internet mania of the dotcom bubble, American innovators Isaac Chung, Neil Gershenfeld and Mark Kubinec quietly went about developing the next generation of computers.

Although the binary system is very efficient, it can’t solve problems that quantum computers can, which was the driving force behind Chung, Gershenfeld and Kubinec’s invention.

They were determined to develop a computer with unbound potential.

What industries could it disrupt?

For example, in drug discovery, ions in quantum-computing systems can simulate molecular reactions. This means pharmaceutical companies don’t have to spend millions on R&D practices that could prove unsuccessful.

In logistics, quantum computers can use ions to simulate possible routing options. Operators could then choose the most efficient options, helping to save time and maximise profits.

In finance, quantum computing could be used to process an exponential number of outcomes for client portfolios.

As a result, fund managers could manage risk more effectively and help their customers to maximise returns.

What are the benefits of investing in quantum computing?

The quantum-computing industry is still in its early stages.

In our view, investing in it now leaves a lot of upside potential, especially when you consider the projections of the industry, which is expected to grow from $486.1 million in 2021 to $3.18 billion in 2028.

What are the risks of investing in quantum computing?

The quantum-computing trend is at an early stage. The technology is some way from full-blown commercial deployment. In part, this is due to the complexity of the technology.

To function, quantum computers require “extreme” conditions, to ensure the ions behave properly. In particular, a quantum vacuum state is needed to ensure there is no incoherence.

Incoherence is when an ion’s energy dissipates as it interacts with the surrounding environment. For example, through noise vibrations and temperature changes.

Developing a commercially viable quantum solution is difficult, and takes time. So, the trend may take a while to really catch on. Investing in it certainly won’t be a “get-rich-quick” scheme.

For example, there is a misconception that it poses a cybersecurity threat due to its processing power, which could be capable of breaking the encryption techniques used today.

Yet there’s no rational evidence to support this. If anything, quantum computing will help to boost cybersecurity.

For instance, quantum encryption (born out of the quantum-computing trend) is used to protect government security systems in space.

Quantum encryption company Arqit Quantum (NASDAQ: ARQQ) is an example. You can learn more about it here.

Should you invest in quantum computing?

Quantum computing is an exciting trend that breaks the boundaries of science and technology. It’s becoming a part of world-changing global trends, including EVs, healthcare and finance. This shows the credibility behind it.

It will deliver huge value to the world, helping drive efficiency and reduce business costs. As shown by the industry projections, money is pouring into the quantum computing space.

With this in mind, we believe quantum computing provides a strong investment case.

There are two ways you can invest in the quantum computing trend.

Firstly, through tech giants that are starting to move into the industry.

In addition, Microsoft (NASDAQ: MSFT) has its own Azure Quantum platform that offers quantum computing solutions through its cloud infrastructure.

Alternatively, you can invest in specialist or “pure-play” quantum computing stocks if you prefer.

IonQ (NYSE: IONQ) has so far achieved 32 qubits. The company has commercial partnerships with Microsoft and Hyundai.

Another example is Rigetti Computing (NASDAQ: RGTI). Rigetti’s 80-qubit quantum processors put it at the front of the queue in terms of qubit processing power among pure-play quantum computing stocks.

Rigetti is hoping to release a 336-qubit processor by the end of 2023.