Our guide to SPAC investments 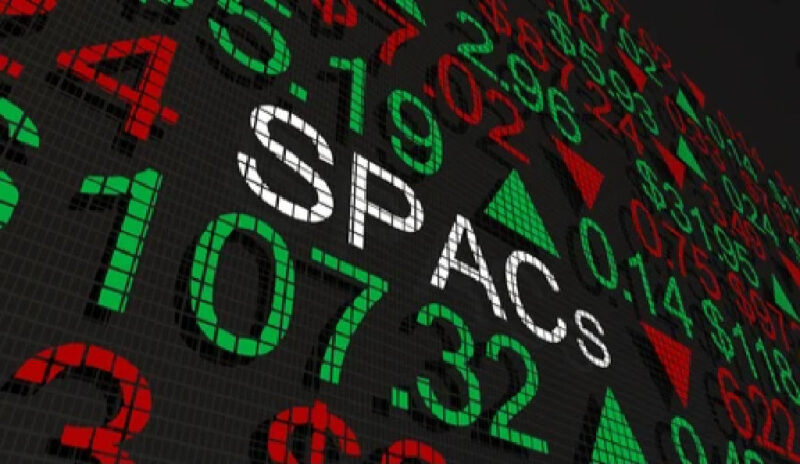 What is a SPAC?

SPACs are “blank cheque” companies, the only asset on their balance sheet being cash.

Think of them as a cash vehicle. Cash is contributed by retail investors and the management team, known as sponsors.

This time last year, stock markets were gripped by SPAC mania. More than 3,000 SPACs listed on public exchanges, with a combined value of $2.7 trillion.

This caught the stock market’s imagination, and provided some healthy returns for investors.

However, like the rest of the market, positive sentiment has drained out of the SPAC market against a backdrop of macroeconomic uncertainty.

To say the “bubble has burst” might be a stretch, as there are still plenty of SPAC opportunities to be had out there.

How does a SPAC work?

SPACs use the cash contributed by sponsors to acquire an unlisted and typically fast-growing private company, before listing on the public stock exchanges. In doing so, the traditional initial public offering (IPO) process is avoided.

Typically, SPACs have between 12 and 24 months to find a deal before liquidating and returning the cash proceeds to investors.

You can buy SPAC shares through your broker.

SPACs typically issue shares at a price of $10 each, which usually underpins the true value of the SPAC.

SPACs are known as “Phase One” SPACs when they are yet to agree a deal. Once a deal is found, the SPAC moves into “Phase Two”. The final stage, “Phase Three”, is reached when the company completes the merger agreement and lists on the public exchanges – usually under the name of the company that has been acquired.

What’s the difference between SPAC and an IPO?

The real sex appeal with SPACs is that they allow companies to avoid the bureaucratic and arduous IPO process.

Because SPACs have very little in the way of assets and operations, the disclosure process for their listing is very efficient. This also makes the listing process a lot cheaper.

However, finding a private company to merge with can pose difficulties. With so many stakeholder interests needing to be aligned, and with a merger “vote” from investors needing to be secured, finding the right deal target isn’t easy.

In addition, the 2021 hype around SPACs has left a huge imbalance between the number of SPACs and private companies to take public.

For example, it is estimated that around 586 SPACs are currently seeking merger deals. What’s more, because the SPAC process doesn’t require the rigorous due diligence of an IPO, SPACs are more prone to misdemeanours and incorrect valuations.

For instance, the number of SPAC lawsuits reached 30 last year, an annual record.

A recent high-profile SPAC lawsuit concerned EV company Lordstown Motors. In trying to raise funds for its SPAC merger, Lordstown misled investors about the number of pre-orders it had for its electric pickup truck.

The stock plummeted by around 14%, which deterred new investors from buying shares in its SPAC.

In this sense, SPAC investments can be riskier than companies that go through the traditional IPO process, although this isn’t always the case.

Right now, you have the choice of investing in more than 700 active SPACs.

Stock Market MBA provides an up-to-date list of all the SPACs currently available. You can take a look here.

As an example, we can see that Infinite Acquisition Corporation (NYSE: NFNT) shares are selling for $9.95 each. We can also see that it doesn’t have a merger target yet.

Taking a closer look, its website shows that it is seeking a merger with a technology-biased platform that focuses on either sports, wellness, health, commerce or culture.

Early investors can speculate that it will find a deal, and invest accordingly. Stand by for the Phase One SPAC investing guide below.

In addition, we can see that some SPACs have a pre-merger agreement.

In particular, Mount Rainier Acquisition Corporation (NASDAQ: RNER) has agreed to a SPAC merger with Israeli cybersecurity company Hub Cyber Security. The business combination is valued at $1.28 billion, and the merger is set to be completed in Q3 2022.

Phase Three SPACs provide a more mainstream way of investing in SPACs. These are the SPACs that have completed their mergers, listed as a new entity on the public exchanges and have caught the public eye.

How to invest in SPAC stocks?

SPACs are generally publicly listed companies. You can buy them from your broker even before any merger deal is announced.

In fact, investing during Phase One can give the largest upside gains.

With SPAC investing, it’s easy to get caught up in the hype train. After completing the merger, the market may dump the shares after some profit taking, or if it doesn’t like the deal. So, the share price could sink to well below the $10 price that you got in for.

There’s the speculation to deal with, too.

Phase One SPACs are fuelled by rumour. Investors don’t really know for certain what company the SPAC will acquire.

As it happens, the SPAC could end up merging with a bogus or high-risk company, which deters investors.

That said, Phase One SPACs don’t really bring a great element of risk.

The value of a Phase One SPAC is underpinned by the value of the cash held on its balance sheet, meaning it’s less likely to be overvalued in the way that a Phase Three SPAC can be.

In addition, proceeds are returned to investors at a specified redemption rate if a deal is not agreed. Again, this is usually around the $10 mark, which could of course mean a small loss if you bought in at a time where the SPAC price rose above $10 (which can occasionally happen).

On top of this, the only other costs are the opportunity cost of not investing the funds elsewhere, and a small broker transaction fee.

When investing in SPACs, consider which stage it’s at in the merger process.

Once you know this, you can align your expectations and capital management to this.