The $1.7 trillion question to be answered in the coming months 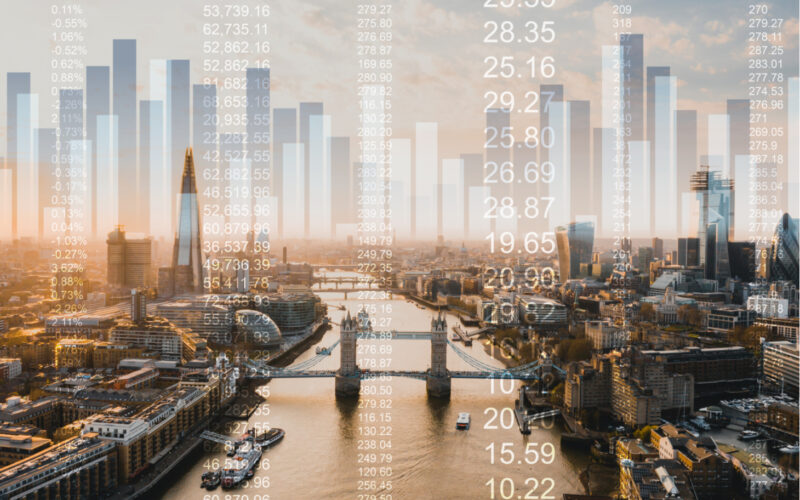 Maybe I should have studied psychology as well as finance… after all, I’ve spent many hours over the last year trying to discern the motives of one mercurial man.

His name is Joe Manchin, the Democratic senator from West Virginia who made global headlines in December after putting the kibosh on President Joe Biden’s $1.7 trillion spending bill… at least, for now.

On 19 December, Manchin announced he would not vote for the Build Back Better Act, which among other provisions contained hundreds of billions of dollars in funding to promote clean energy development. The decision dooms the bill in an evenly divided, 50/50 Senate – if Manchin sticks to it.

I have to confess that I was shocked by the news. I had always expected Manchin to drag things out for a few months, and kick his feet to signal his independence from the national Democratic Party. But I thought he would fall in line long before now.

That said, I still think Manchin will get on board with some version of Build Back Better. That’s because, as big of a headache as he is for Biden and his fellow Democrats, he’s much closer to them ideologically then he is to Senate Republicans.

To give you an idea of where this man who holds the key to a $1.7 trillion spending bill stands… In 2017, Trump suggested Manchin could be a crossover ally for his agenda. After all, he had won Manchin’s state, West Virginia, handily.

But Republican leader of the Senate Mitch McConnell dismissed the idea that Manchin would ever vote with Republicans when it really mattered. In the next election, he vowed, they would “crush him like a grape.”

Trump headlined three events for Manchin’s Republican opponent, asking voters in the state to fire their senator. But although West Virginia had given Trump 68% of the vote in 2016, Manchin prevailed in the 2018 midterm election by just over 3%.

Manchin’s survival in the 2018 elections was momentous… without it, Republicans would have a 51/49 majority in the US Senate, and Build Back Better wouldn’t even be a possibility.

And obviously, the US Senate is a very different place from Parliament, where Boris Johnson can expel 21 MPs who displease him. Manchin won’t face voters until 2024, and the septuagenarian may decide to retire then and not face them at all.

But despite the near-total lack of leverage that Biden and Democrats have on Manchin, I think his vote will materialise for them. Personal and party ties shouldn’t be underestimated in Washington D.C.

Manchin is personally friends with not just Biden but also his fellow Democratic senators, some of whom have partied with him on his houseboat in Washington D.C. These are co-workers he has lunch and dinner with, and many are close friends who are urgently lobbying him behind the scenes.

Manchin is also facing renewed pressure to back the bill in West Virginia. The United Mine Workers of America, a labour union representing West Virginia coal miners, has already put out a statement asking Manchin to reconsider his opposition to Build Back Better.

And finally – Manchin was tantalisingly close to announcing support for a massive climate bill in December. Days before his Sunday interview on Fox, Manchin had offered Biden a $1.8 trillion spending bill, which would have included hundreds of billions of dollars in clean energy investments.

The senator blames White House staff for the breakdown in talks. If true, that’s good news. What one faux pas or perceived slight from the White House does, an apology and possibly a political favour can – usually – undo.

We’ll soon see if Manchin is gettable for Democrats or not… The US Senate typically goes into recess in summer, and November’s congressional elections loom soon after that. So any progress on Build Back Better will need to be realised well before then.

The Nasdaq Clean Edge Energy Index (QCLN) dropped over 4% in the first trading session since Manchin’s Sunday interview. A turnaround from him could boost clean energy stocks just as quickly.

We’re barely two weeks in 2022, but January has already been a rough month for the Nasdaq, which is down nearly 6% since New Year’s Day.

The selloff reminds me of the market action in January and February of 2016, when markets were also selling off sharply. The Dow pulled back by 55, while the Nasdaq saw a more than 11% decline, leading to comparisons between the selloff and the beginning of the infamous technology, media and telecommunications (TMT or dotcom) collapse of 1999-2000.

But of course, January 2016 wasn’t the beginning of the end… instead, it was a great buying opportunity. The Nasdaq has more than tripled since that turbulent stretch.

Could this be another buying opportunity? Maybe – thanks to one key similarity between today and six years ago. In January 2016, the Federal Reserve was already rumoured to be on its way to raising interest rates – though it would only do so, by 25 basis points, in December.

With Jerome Powell now signalling rate hikes in 2022 and beyond, the lesson from 2016 is that rate hikes don’t quash bull markets as many people assume.

But they can cause turbulence in the short term – and opportunity for far-sighted investors.

Omicron on the downswing, and three “Covid-19 ‘Aftershock’ Trades”

The latest numbers from the Omicron wave show some unambiguous good news. In the UK, recorded cases fell to their lowest level in a month on Sunday. The recent decline has been precipitous, with new cases half in number of what they were a week ago.

It’s not as clear whether hospitalisations have peaked yet – however, tens of thousands fewer Britons are hospitalised with Covid-19 today than in January 2021 when Delta was the dominant variant.

And of course, Pfizer’s pill to treat Covid-19 will be widely available in the UK and elsewhere in the coming months, with Mexico being the latest country to approve it for emergency use. The pill was shown in trials to be 90% effective in preventing hospitalisation and death in infected patients.

Pfizer’s pill will be a major and likely game-changing weapon in the fight against Covid-19, as it could radically reduce hospitalisations and provide tremendous relief to healthcare systems around the world.

But as anyone who paid attention to the details of what has happened since March 2020 can tell you… what’s good for humanity isn’t necessarily fuel for markets. The containment of Covid-19 could end justifications for stimulus and quantitative easing (QE – the creation of money by central banks out of thin air in order to buy bonds). That, in turn, could spook that major markets around the world, triggering the opposite of a “relief rally”.

Our top biotech expert, Gerard Pontonnier, has been watching the situation closely. In this presentation, he reveals some details on three “Covid-19 ‘Aftershock’ Trades” that have the potential to return as much as 500% in the coming years. For the last two years, vaccine makers like Moderna have dominated the biotech scene.

But Gerard is sensing a shift in biotech – and while he and co-editor James Allen recommended vaccine manufacturers in 2021, their top three recommendations going into 2022 are in another field entirely. You can see more details on what they’ve uncovered here.