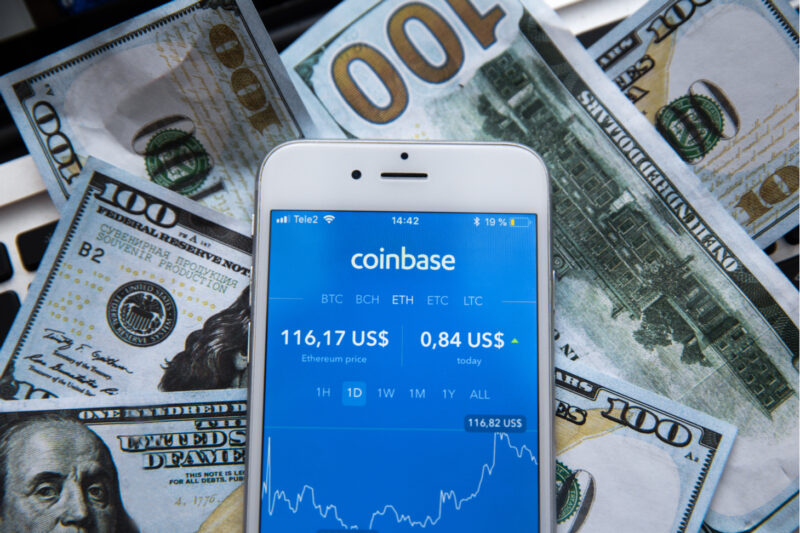 Deliveroo is about to launch an initial public offering (IPO) for the British market.

The talk is we’re looking at an £8 billion offering.

Deliveroo is also going about it in the right way. By that I mean it’s opening up its offering to its most important backers… its customers.

It’s believed that £50 million will be available to its Deliveroo customers, a “community offering”.

Added to this it will also set aside allocations of funds to its busiest and best riders.

In short, they’re doing a little bit in the way of rewarding those who’ve helped it grow to what it is today.

£8 billion is a lot of money for a company that’s about eight years old. It will be huge for the London market. It will get a lot of attention. It will probably get a lot of hype behind it.

Well, I’m not sure right now. But I’ll be taking a look and let you know what I think in the coming weeks.

However, as big as Deliveroo is going to be, it’s not even close to the biggest new listing this year. In fact, it’s comparatively tiny compared to what I think will be the biggest most anticipated listing of all time.

It’s a listing that you should get to know, it’s a listing you will most certainly hear about (if you already haven’t) in the mainstream. It is the $100 billion listing.

Coinbase is one of the biggest, most reputable cryptocurrency exchanges in the world.

Of course to call it just an “exchange” is somewhat of a disservice to the crypto-behemoth.

Coinbase has been around the crypto world for about nine years now, which makes it a touch older than Deliveroo. But with an upcoming direct listing on the US markets, the expectation is Coinbase will be worth around $100 billion.

That will make it roughly nine-times bigger than the Deliveroo listing.

The comparisons between the two start and end there. They’re clearly very different companies, but they’re both what we’d consider to be “mega listings” ready to capture investors’ imaginations.

The imaginations we speak of are simply investors trying to figure out if these listings will make them packets of money.

When you look at the fundamentals of these companies, there’s one very clear similarity. They both have very large, very engaged customer bases.

The expectation is with the growth in the wider crypto assets world and greater mainstream acceptance of crypto like bitcoin, those numbers are set to grow.

But at a guide of around $100 billion on listing, just how big can Coinbase grow based on those numbers and based on the fact the company only made a profit of $332 million in 2020?

Does it become a trillion-dollar crypto mega-cap? Can it possibly go 10x from here minting a whole bunch of cash for “early” investors?

Well one thing that’s worth noting is that when Coinbase lists on the US market, new investors at that point will be anything but early to the party.

In fact, investing in Coinbase at its listing on the public markets will make you late to the party.

You see, the problem I’ve got with the Coinbase listing, isn’t about its valuation (although it is eye-wateringly high). It’s not about whether it could 10x from here or if it will dive to a lower price on listing.

My problem is there’s currently no indication Coinbase is going to “do a Deliveroo” and open up its offering to its most important asset… its customers.

Out with the old in with… the old?

If you wanted to make serious money in Coinbase, then you wanted to have invested in 2013 and 2014 when they were raising its early seed and growth funds.

Of course, back then you didn’t know about them and even if you did unless you were a venture capital fund, you weren’t getting near it.

In the years since, it’s been the same story. As more and more customers joined the platform, they’ve continued to raise money with a ballooning valuation and the only people that have got near it, the VC and institutional investment funds.

The irony of it all is that cryptocurrency at its core is about access to a financial system for anyone. Everyone has easy access into something that in the “traditional system” they’re usually shut out to.

In this weird irony, Coinbase is exactly like the incumbents it’s trying to disrupt in global finance. For it is has an important place in the crypto ecosystem and it behaves exactly how it shouldn’t.

Sure the platform is good, but the organisation itself, is somewhat, “anti-crypto”.

It’s a weird dynamic which straddles the old and the new, but seemingly at its core is still part of the old set of business. I think that’s a shame.

And I think there’s a good chance that it may just alienate the very people that made it hugely successful in the first place.

I believe even the simplest gesture of looking out for its community would go a huge way towards its future success. But in a space that’s wildly heating up with competitors from both the crypto world, and the traditional financial world, Coinbase may be fighting bigger headwinds than the hype might suggest.

PS There’s something you need to see. Click this link.

It’s not related to IPOs or cryptos.

But as a reader of Exponential Investor, you might be interested to know more about what’s happening at Southbank Investment Research, the company that publishes this newsletter.