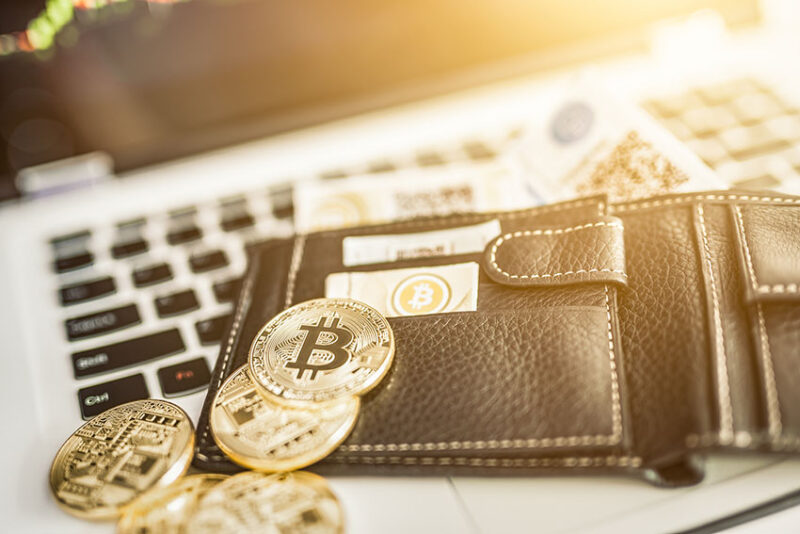 Terra, with it’s “LUNA” token, was a protocol underpinning a stablecoin called TerraUSD (UST) and a yield platform known as Anchor Protocol.

The only problem is, the whole thing is now a failed network/platform/project. Its value is zero, its blockchain has been halted. You can’t trade it; you can’t transact it. It is, by all accounts at this point, dead.

The chart is something to behold…

This also meant that the UST “stablecoin” went from a pegged value of US$1 to about 13 cents last week, too.

So much for “stable”.

All of this, against a backdrop of lunging crypto prices, sent the mainstream into a frenzy.

On Thursday, as everything looked like it was in full capitulation mode, my wife knocked on my office door.

She popped her head in and said, “What’s going on in crypto? It’s everywhere.”

Over the last decade, she has probably only done this three or four times. Most of the time she doesn’t bother about it, as she knows I’m OK with things.

But she remarked that it was all over her feeds, all over the news, and that friends had even messaged her about it.

There was indeed an abnormal amount of coverage.

I had a look at the Daily Mail website… and it all made sense. I was presented with:

Not long afterwards, I received a WhatsApp message from our Publisher, Paolo, which read:

Crypto on BBC radio this morning “as addictive as gambling” and “bad for vulnerable people”.

What’s interesting about all this is that I’m suffering an uncanny case of déjà vu.

Back in 2014, all of this was taking place for more or less the first time, during a period that saw several new crypto emerge outside of bitcoin.

This altcoin market had peaked and crashed quite violently.

That’s when the Financial Times said: “We’re going to stick our neck out at this stage and call this the end of Bitcoin…”.

That same year, I was in a packed conference hall at the Grand Hyatt hotel in Melbourne, Australia.

I was presenting on a range of breakthrough technologies and innovations. When I got to my section on FinTech and the emergence of the crypto revolution, I called bitcoin, “the most disruptive innovation in the history of finance”.

That same year, I was on US TV on several occasions talking about how important bitcoin would be as an alternative financial system. Several times I was actively laughed at and mocked for my views.

Bitcoin was worth about $500 then. Ethereum didn’t even exist.

Fast-forward to March of 2020, when markets were tanking as a result of the pandemic.

Having assessed the depths of the market and, again, the mainstream sounding the death knell of bitcoin, I made one of my boldest calls ever, and advised my followers to halt trading on every recommendation across my portfolios except one position: BTC.

I said: “As a priority… you should hold action on all our existing crypto recommendations and continue to… add to your bitcoin holdings.”

Later that year, as bitcoin was heading towards $20,000, the media took aim at me directly. I was telling Nigel Farage about the direction the market would continue to head and the FT, in all its infinite wisdom, in writing about our discussion, said of me, “we’ve never heard of him”.

Good. I’d rather I wasn’t a talking point in the FT corridors. I frankly don’t give a stuff what it thinks.

I care about understanding these markets and telling you what I think, so you can act on what you think, and make a killing in this market.

Understand one thing, however. The market is wild right now, so you’d better be prepared for wild swings up and down. But if you’ve got some extra risk capital available, money you can stomach riding lower and higher, money you can gamble on in a high-risk market for the long term, then I say right now…

Right now I believe the worst thing you can do in the crypto market is to be out of it.

Much of the market is at fire-sale prices when there is no fire.

For me, it provides an incredible opportunity to load up on amazing crypto at crazy values with huge potential to skyrocket in the coming years.

Arguably, it’s the best time to do this since March 2020 as the pandemic took hold of global markets.

For me, at present, the market is a punter’s paradise. A little risk capital staked in this market now could turn into a small fortune in the next mega crypto market boom.

I believe that’s an imminent outcome off the back of all the shenanigans we’ve seen in the last couple of weeks.

This has shaken the market out and, in my view, it’s going to be the springboard to stronger, steeper highs.

So, fear not, do not buy into the lamestream media’s nonsense. The BBC wouldn’t know its behind from its elbow in this market. And if you’ve got the coconuts for it, get into this market now.