The demise of Big Oil (part 2): how to achieve “petrodomination”

Today I’m continuing on from yesterday’s essay about “Big Oil”. We’re entering a new phase of global energy power – and I don’t mean in the “what charges your phone” sense.

I mean “power” in the sense of who controls the future energy of the world controls a big chunk of the global economic landscape too. The fact that through the last century Big Oil has been tightly wound in with political power is no surprise.

And the fact now we’re witnessing the potential end of Big Oil and the transition to “Big Green” is a truly transformational event taking place right now.

I’m really just scratching the surface with what I’ve been writing yesterday and today. But I believe this understanding of the origins of Big Oil are crucial to understanding how its demise is taking place.

There is so much more to this story, that you could and should spend a big chunk of time understanding it all. And you need access to the right kinds of information about it.

That’s why editor of Exponential Energy Fortunes James Allen put together his special six-day event, “Beyond Oil: The Birth of Big Green”. It’s designed to show you and explain to you, with some of the finest minds in the energy world, what’s taking place right now.

But for now, I want to continue on from where I left off yesterday as Britain and France had carved up the Middle East all in the pursuit of securing energy dominance over what they considered the most valuable energy source in the world… oil.

When the family doesn’t get along

After the “San Remo Agreement” in 1920, the British got a decent supply of oil from Iraq. They also made sure to look after the French. The US, however, got nothing. This didn’t go down well.

According to Walter Reid in his book Empire of the Sand: How Britain Made the Middle East,

The United States were fiercely hostile. While they did not want any political responsibility for the Middle East, they very much did want to exploit the economic opportunities.

By the implementation of the Treaty of Sèvres and the subsequent Treaty of Lausanne, the Ottoman Empire was divided up for the British and the French.

At the time, the US had good reason to not want political responsibility. It formed a view that it was far more powerful to establish economic reliance.

If countries were reliant on the US for economic prosperity, the US would have the upper hand.

It would get its oil, but in a different way.

Meanwhile, the German economy was is a desperate state after WWI. It had to replay billions in repatriation money. But it couldn’t. Hyperinflation beset the country, and the seeds for WWII began to take shape.

The Dawes Plan enabled loans to Germany. This was so it could repay its European and American debts. The loans came, of course, from the US.

The German economy became extremely reliant on the US economy.

At the time, the US had no choice but to call in all its loans. It stuffed an already stuffed Germany and Europe.

This period of horrific economic times enabled the Nazi Party to grow in strength. Then WWII happened…

What to do when the well runs dry

By this stage every military force in the world was dependent on oil. It was the energy for tanks, planes, trucks and boats. It was the lifeblood of the war machine.

In Michael Klare’s book Blood and Oil: The Dangers and Consequences of America’s Growing Dependency on Imported Petroleum he writes,

With such reliance on oil, the US had a problem. It was by now the largest oil producer in the world. It also had substantial reserves. But if the well ran dry, it needed a backup plan.

It was draining supplies at an alarming rate. Therefore, in much the same way as the British did in 1914, the US decided to investigate its own supply of oil and possible strategies to sure it up.

The outcome of its investigation was, it was in trouble. Its focus now was to secure supplies. Its focus was now the Middle East.

The US had been involved in the region prior to WWII. The Standard Oil Company of California (SOCAL) obtained a 60-year lease in 1933. By 1939 it was producing oil from the region.

Today you’ll know SOCAL as Chevron (NYSE:CVX), still one of the biggest oil companies in the world.

CASOC went through ownership by Texaco and ExxonMobil (NYSE:XOM) (at the time, separate companies). But today you’ll know it as the fully Saudi owned, £1.5 trillion company, Saudi Aramco (SR:2222).

Vital to the defence of the US

However, with domestic supply at threat during WWII, the US took far greater interest in the Saudi area.

In 1943 the US established an embassy in Saudi Arabia.

The American Mission to Saudi Arabia began as a legation in Jeddah in 1943. Full diplomatic relations commenced in 1948 and the U.S Mission, located in a traditional house in the old city center, was upgraded to the status of an Embassy.

The US wasn’t keen on political intervention. But it was happy to establish an embassy and provide economic benefit. It was also around this period President Roosevelt said, “the defense of Saudi Arabia is vital to the defence of the United States.”

This allowed the US to give support to the Saudis via the Lend-Lease Act of 1941.

This act allowed the US to provide extensive military provision to the British, Soviets, and other Allies, during WWII. The Lend-Lease Act itself was “An Act to Promote the Defense of the United States.”

And the US State Department on 11 April 1944 published the “Foreign Petroleum Policy of the United States”.

Facilitation, by international agreement and otherwise, of substantial and orderly expansion of production in Eastern Hemisphere sources of supply, principally in the Middle East, to meet increasing requirements of post-war markets.

This Government should endeavor to assure maximum economic benefits to the foreign areas in which petroleum is located.

This my friends, is… petrodomination.

The tie-up between the US and the Saudis through the 30s, 40s and 50s was economically huge. It set up some of the world’s most powerful companies. Most of them oil companies. It set up Big Oil right through until today.

It entrenched the US in the Middle East. It had a strong economic and strategic position.

British colonialism was dwindling. With their withdrawal in the “East of Suez”, the British left a gaping hole. The US happily stepped in.

Oil became the single most important commodity on earth. The US was in pole position to exploit it.

The importance of the US intervention in the Middle East is common through the 20th century. “Petrodomination” has been the cornerstone of US global power.

The protection of “assets” in the Middle East one of the most strategically important policies of US global diplomacy.

Remember in the 80s that the US supported Iraq and Saddam Hussein in the Iran-Iraq war. Hussein was adamant on nationalism (including vital oil reserves). This didn’t sit well with the US.

So when in 1990 Iraq decided to invade Kuwait, this became an opportunity for the US. It could protect its oil assets from nationalisation. It could also dethrone a madman. It was a good reason for the US to “promote the defence of the United States.”

You can trace almost every US intervention since back to economic interests. Most of the time this comes down to oil.

However, since the turn of the century, things in the energy markets have also started to turn.

What the developments of the last 20 years indicate is that the reliance on oil isn’t as threatening to economic powers as it once was. Sure, it’s still a huge requirement to power the war machine.

But if the war isn’t so visceral and is fought online and through the stockmarkets, then the need to dominate the world’s oil supplies might not be as demanding as it once was. The world is also now more aware of the abuses, the pollution and the poor practices that have been employed by Big Oil and those willing to exploit it over the last century.

Couple this with incredible advances in renewable energies and the explosion of the electrification of powertrains, and you see that the future (even of the war machine) is electrified and other “cleaner and greener” energy sources.

No empire lasts forever, and it appears that Big Oil’s empire is crumbling around it. If that plays out how we expect, then the next century of energy domination is going to be about “Big Green” and how can get their hands on the most effective, efficient and powerful green tech.

It’s no coincidence that here we are in the 20s of the 2000s and we’re again talking about the energy that’s going to drive the next century. The only difference being, it’s not Big Oil any more, it’s Big Green. 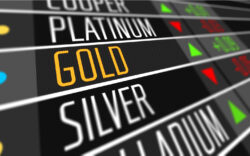 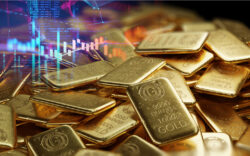 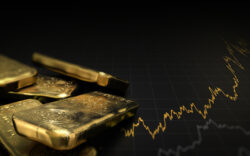