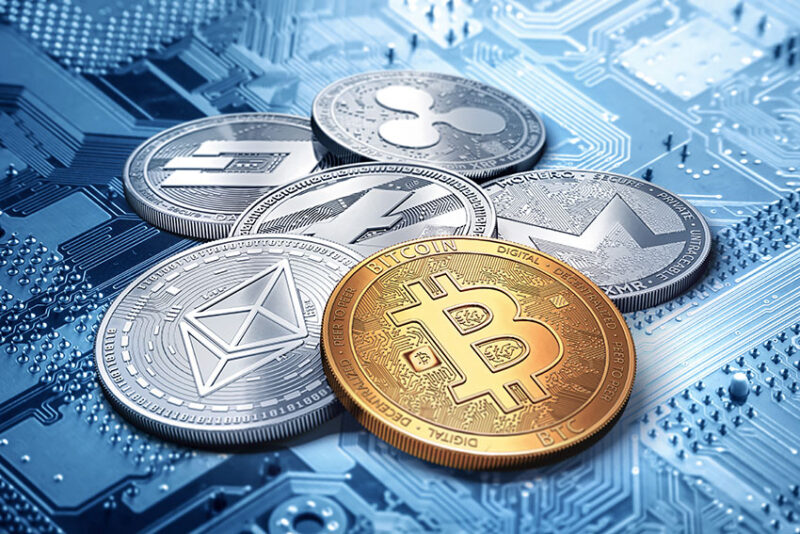 If you haven’t already signed up to our exclusive broadcast – New Money, New Rules: The Truth About Crypto – you need to hurry! We go live today from 2pm sharp. There’s still time to claim your free viewing pass, but not much. Don’t miss Sam Volkering’s sit-down with Nigel Farage on what could be the next big phase of the crypto story. If Sam is right, we could see an epochal and divisive shift in the financial world – and a very exciting opportunity for those who move ahead. Find out more – and book your free spot while you can! Click here now.

Australia is only Down Under if you live in the UK or continental Europe.

A more useful nickname, dating from the 1960s, is The Lucky Country.

This moniker reflects a number of things – including the super-abundance of gold, silver, base metals, natural gas and much else in terms of natural resources.

Unsurprisingly, Australian analysts (including me) and the financial media often get excited about what is, or could be, happening to commodities.

Most recently, though, the journos – as we call them – have been excited about something else…

The Australian Securities Exchange (ASX) is about to list its first bitcoin exchange-traded fund (ETF) and demand for this product is tipped to be hot.

Bitcoin goes mainstream in the Lucky Country (and elsewhere)

The writer Paul Theroux pointed out that it’s always last year in Australia (and next week in Japan).  It’s therefore something of a  surprise that Australia is going to get to a bitcoin ETF before the UK does.

Coverage of this important event has been, well, breathless.

Financial regulators have greenlit Australia’s first Bitcoin (BTC) exchange-traded fund (ETF) to begin trading on April 27, and the Australian Financial Review reports it could see up to $1 billion in inflows.

Cosmos Asset Management beat out local contenders VanEck, BetaShares and EFT Securities to issue Australia’s first Bitcoin ETF. Each firm has been in the running to close out regulatory approvals since at least March, according to the Sydney Morning Herald.

Australia certainly isn’t the first place to host a crypto-related ETF. There are 18 around the world and most are listed in the United States and Canada, so the concept is not new. In fact, when one launched in November last year, it saw a massive US$10 million of money rush into it in the first ten minutes.

However, not everyone in the Lucky Country have been happy about the new ETF.

One person over the at the Australian Financial Review wrote that bitcoin based ETFs would “leave Satoshi Nakamoto rolling in his grave”.

Personally, I think he’s missed the point. I very much doubt that Satoshi Nakamoto – the pseudonymous inventor of bitcoin – is rolling in his grave, assuming that he (or possibly she or they) is/are actually dead.

Crypto-linked ETFs are about to shake up the markets for the better. You only have to look at what happened to gold once it went mainstream…

We’ve seen this before

Back in 2003 Australia’s biggest gold and silver refinery was in a spin.

There was a new financial product in town and the refiners of precious metal bars and coins were scared.

What if this new fandangled investment tool meant no one wanted gold bars any more? Would the refinery have to downsize to only providing kilo bars for jewellers and London Bullion Market Association (LBMA) accredited bars? (There’s almost no margin in those products, but we’ll have to delve into these details another day.)

In 2003 the world’s first gold-backed ETF launched and refineries around the world were terrified that they would steal the demand for physical bullion.

At the end of 2003 when that first gold-backed ETF was launched, there was US$191,000 under management. Today there are 83 global gold related ETFs and together they are worth US$235 billion, with a whopping 3,880 tonnes of gold under management.

Instead of putting refineries out of business, gold-backed ETFs became a critical cog in how gold markets function. Buying gold was as simple as buying a share on the stock exchange. Yet people still flocked to coins and bars.

Gold ETFs are now so important, their inflows are leading indicators of market sentiment on gold. Often referred to as “slow money”, watching gold under management increase or decrease for gold ETFs provides analysts with a contrast to the “fast money”. The latter is the futures market and it is generally driven by professional traders.

What these gold-backed ETFs did was to increase interest in what had previously been a fringe investment – gold. Suddenly a whole new audience had access to a metal that was previously only available for Wall Street suits, bullion banks and governments.

Not only did having exposure to gold become more accessible for the average investor, it allowed financial planners and other investment advisory firms to recommend exposure to gold, to which local legislation had previously prevented access, through an ETF.

Financial engineering for the retail investor

Not everyone is comfortable owning physical gold. I mean, there are many roadblocks to getting your hands on the yellow metal. Plus, once you’ve bought some, you’ve got to work out where to store it. And don’t get me started on how much effort is required to sell some back if you want to cash in your gold for fiat currency…

The many types of gold ETFs available today overcome most of the objections people have when buying physical precious metals.

It’s a similar story for crypto-based ETFs. Suggesting that Satoshi would be horrified at the advent of bitcoin-related ETFs is similar to the argument dyed-in-the wool gold bugs have used in the past: “If you don’t hold it, you don’t own it.” Those kind of snippets ignore the fact that not everyone has the same investing profile.

In fact, many people have been put off by investing in crypto. It could be that the technology scares them or they don’t where to start. A crypto-related ETF gives them the chance to dip their toes into the water of what is a volatile asset.

In saying that, there are drawbacks to crypto ETFs. For starters you’re reliant on the fund managers purchasing (or, under some circumstances, selling) the underlying asset. This means that you don’t have as much as control as you would if you took charge yourself.

Of course, if you’re like me and you like the idea of managing your investments yourself, click over here and Sam will show you how can create your own crypto portfolio. Then you aren’t at the beck and call of ETF managers.