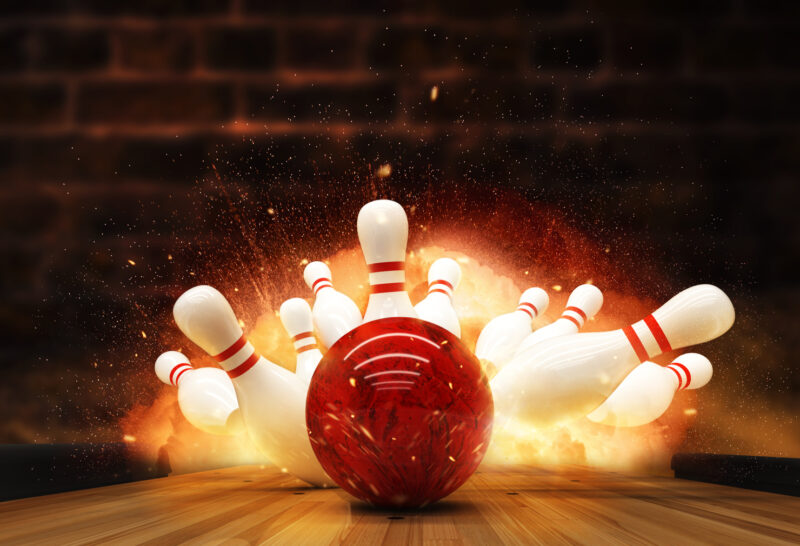 Yesterday I wrote to you and said,

Therein lies opportunity. Therein lies what you should do even if the markets are in the midst of a mini-repeat of March 2020.

My view is the stocks you’ll want to avoid most right now are the “Zoom Stocks” that boomed to unsustainable highs last year.

The stocks you’ll want to embrace are all the stocks that include and enhance real-world human interaction and connection. Those stocks are the ones that will surge in 2021, those are the positions you should be looking at.

And in tomorrow’s Exponential Investor, we’ll take a hard look at three of them that could be the best successes of 2021.

Well let’s do exactly that.

Birthdays across the generations

When I was a kid there were two things I wanted to do for my birthday.

One: have a birthday party at McDonald’s. In particular I was keen on getting the ice cream cakes it does so well.

Two: in absence of a McDonald’s party, I wanted to go bowling.

I don’t know what it was about bowling. But as a kid there’s not much more fun that rolling a big heavy ball down a polished timber runway to knock over (or at least try to knock over) ten “pins” down the other end.

There’s a competitive element to it. There’s also a community element to it. Also most bowling alleys were pumping with music, arcade games, and of course the kind of food and drink that you never get at home.

Bowling is and will be one of the most fun things we can do as a recreational activity.

As it stands, over the last 12 months bowling alleys haven’t exactly been on the list of key industries to keep open. They’ve suffered as people have simply not gone bowling.

The biggest bowling group in the UK, Hollywood Bowl Group (LSE:BOWL), operates over 60 locations and in the last year has been hit by the lockdowns.

But that’s going to change.

This year we once again will be allowed to bowl!

I even said to my wife just a couple of days ago, “I can’t wait for Max’s (my son) next birthday because we might be able to go bowling, or in absence of that, can we just go anyway?”

I would genuinely just like to get a group of mates together and go bowling. Have a few drinks and enjoy each other’s social company again.

While Hollywood Bowl may be the biggest, it’s not the only bowling group in town.

Ten Entertainment typically operates its facilities from retail and leisure parks stretching from all the way down in Devon, right up through England and into Scotland.

It’s the same story. Ten Entertainment has suffered from the abhorrent restrictions we’ve all been placed under over the last year.

But with the economy and the ability to do things coming at us fast, the second half of 2021 could be a boom time for the company. Add to the mix there’s an expectation that people will be holidaying domestically in great numbers this summer and for all the pain of 2020, a company like Ten Entertainment could make it all up again.

It too is one to keep a close watch on as a potential beneficiary of the desire and need to people to reconnect socially and experience entertainment with others.

Finally, there’s one thing more than anything that we all really want to do.

It’s not anything we can’t do at home. But we’ll do it because we crave the human connection when we’re doing it.

It’s going out for a meal and a drink.

We all want to do it, we all will do it, when we’ve got the chance. This might seem bleedingly obvious, but to many people it’s the obvious thing that often gets ignored.

You can take the benefits of “connectivity” networks like 5G, or you can ride the massive wave of change that’s taking place due to the Great Money Reset.

A winner, maybe another?

That’s why last year I recommended a pub stock that I thought was going to benefit from the move out of the Covid-19 restrictions. It caused a great deal of controversy amongst my readers, but we just tapped out of it for a 56.98% gain in less than four months.

It was an obvious play to me. And it was right.

Another similar stock I think is worth running the ruler over is Loungers Plc (LSE:LGRS). The company operates cafes, bars and restaurants across England and Wales.

Similar to the other two, it has been ravaged by restrictions and lockdowns. The potential to have perhaps a record-setting second half of 2021 is there.

It will be challenging, there will be a lot of issues to navigate. There will be a lot of risk that no one can predict or anticipate. But if things head in the right direction, just like Hollywood Bowl and Ten Entertainment, Loungers could see a fast-track run to success if the country properly opens up again.

There you go, three companies to watch this year because they’re all centred around one thing – human to human (H2H) connection.

But you shouldn’t neglect the power and the potential of H2H connection both in your personal life and your investment life.