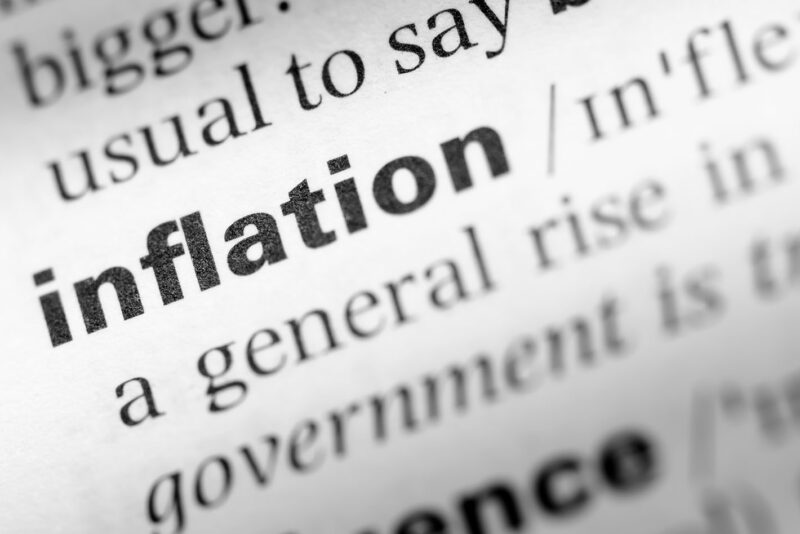 For over a year, central banks have been undertaking stimulus programmes at an unprecedented scale.

By lowering interest rates to record low and expanding quantitative easing programmes (QE – the creation of money to buy government treasury bonds and other securities, also referred to as “money printing”), central banks sought to lessen the economic blow of the pandemic.

Since then, one topic has been on the mind of investors across the world: inflation.

But money printing is not the only factor determining future price inflation.

A study of previous inflation cycles – the major ones being Germany in 1921 and the United States in the 1970s – shows that an increase in the supply of money – printed by central banks – plays a key role in any long-term periods of high inflation.

Money printing isn’t the only thing that could drive up inflation, however. Investors soon clocked that the pandemic would wreak havoc on a fragile global economy. A system meticulously created to produce and deliver things “just in time” was suddenly struck by closures, delays and, subsequently, supply shortages.

As is often the case, geopolitics made the situation worse.

The extent of the United States’ reliance on Chinese supply chains quickly became clear, which worried Washington given its difficult relations with Beijing.

Economic disruption and money printing on an unprecedented scale… the textbooks tell us that this can only lead to one thing: inflation.

And as economies have begun to reopen, it’s finally arrived.

Today, consumers are spending money on shopping and services much like they did pre-pandemic. Demand is back to normal or near-normal levels. And with an energy and semi-conductor shortage to boot, it’s no surprise that inflation readings across the world are surging..

Now, the key question for investors is whether inflation is here to stay.

If so, central banks would have to slow the incredible pace of money printing, threatening liquidity and valuations for both stocks and bonds.

If inflation is high, bonds lose value very quickly. And because low interest rates on bonds (particularly government bonds in the United States) have supported higher equity prices, falling bonds could cause equities to fall too.

This could put the traditional 60/40 portfolio (in which 60% of a portfolio is invested in bonds and 40% invested in equity) at real risk of major declines.

Bonds may no longer buffer portfolios against a downturn in equity markets – in fact, they could be the cause of a sell-off.

But if print money is causing the problem… central banks may find themselves in a bind.

Up, up and away

So what are some of the key metrics showing inflation right now?

The core PCE price index is the US central bank’s (the Fed) preferred inflation measure for its flexible 2% target. The central bank recently upgraded its core PCE inflation projection for this year to 3.7%, up from 3.0% back in June.

And this month, the PCE rose again (above expectations) to a 3.6% year-over-year rise.

Finally, many people believe that inflation can be driven higher when people expect more inflation, because they’re inclined to buy sooner rather than later (that is, before prices rise further). If that’s the case then perhaps we have reason to expect inflation to be broadly higher in the coming years than it has been since the financial crisis in 2008.

According to the Federal Reserve of St. Louis, the price of inflation-linked bonds indicates the highest level of 10-year inflation since 2012. The market is pricing in around 2.5% inflation over the next decade, suggesting we will overshoot the Fed’s 2% target.

Consumers meanwhile, expect more inflation at least in the short.

The one- and three-year expectations for inflation were at 5.2% and 4.0% in the recent consumer surveys in the United States.

All told, in many places across the world inflation is as high as it has been for a decade or more, and markets and consumers expect that to continue.

So things are playing out as expected… but what’s next?

I still believe inflation will lead to major declines in both equity and bond markets.

Of course, inflation could recede and prices could stabilise.

The year following the onset of the pandemic was always going to be tumultuous, and the deflation of 2020 was going to make year-on-year inflation figures look relatively high.

The Fed believes these “base effects” (low comparative figures from 2020) mean that inflation will be transitory.

And I agree that inflation will not go up in a straight line and that as base effects wash out going forwards, some inflation figures will come down.

But I also believe that the seeds have been sown, for more persistent inflationary pressures going forwards.

A financial market crash will cause widespread deflation, but ironically could be caused by inflation.

But at a more granular level, I expect both variety and volatility in inflation.

Broad inflation figures are a shorthand, and nothing more, for the lived experience of people.

Some people spend a lot on farm equipment. Others splash the cash on food and drink. And many spend above average on transport, school or hospital fees.

Some countries might face short-term pressures around energy, or food, while others face no such issues.

We’re used to seeing inflation presented as a single figure. But that’s a gross oversimplification.

The price of different goods and services inflate at different rates.

Regardless, across different sectors, age groups, and people, inflation is unlikely to be as subdued as it has over the past forty years.

So, don’t just expect inflation to rise broadly and equally across the world. Keep an eye on a range of sectors and assets – inflation will likely bubble up in different places and at different times.

Inflation is not often uniform. Certain goods and services suffer more than others.

That’s why investors should be wary of any grand conclusions from individual pieces of data.

Finally, in other news, it seems the UK has committed to producing 100% of its energy supply from renewables and nuclear power by 2035, based on.

This is great news!

Transitioning away from fossil fuels is much easier said than done. And in order to produce electricity solely from renewables, the UK has some pretty serious challenges to overcome.

And that’s what we’re all about at Southbank Investment Research, so stay tuned…