What happens when property, inflation and assets all boom at once? 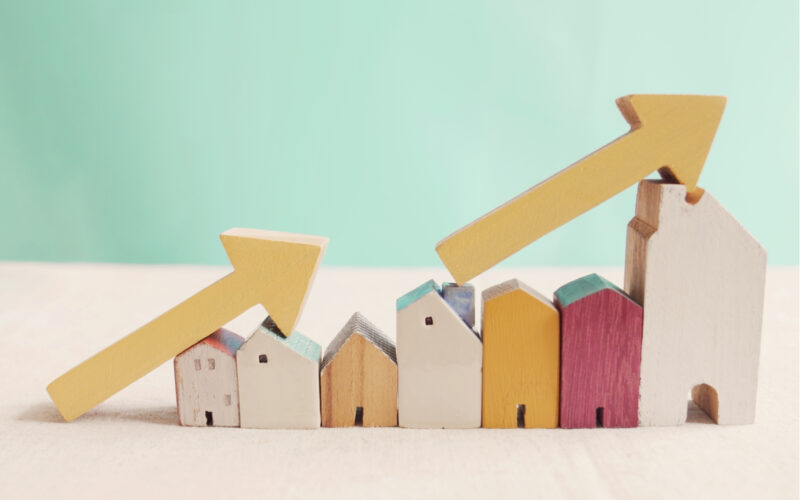 A couple of years ago I got gazumped.

At the time I wasn’t familiar with the term. But I quickly discovered it’s the most insidious practice in the property market.

Gazumping is when a sale is agreed for a property, but before contracts are officially exchanged another buyer comes in with an offer that is accepted by the seller.

Thereby the original purchaser is effectively knocked out of the process. This can be after considerable time, money and emotional commitment is made. And the buyer has absolutely no recourse.

The decision is ultimately at the discretion of the seller and their own moral compass.

I was unfamiliar of gazumping because in Australia, you can’t do it. When a sale is agreed, that’s it. Not only that but the seller then has a set period of time to move out (typically 60, 90 or 120 days as agreed at the sale).

Therefore gazumping doesn’t exist, property “chains” don’t exist either. There is an element of certainty about the whole process.

Here in the UK not only is gazumping allowed, but it’s likely to get worse as the UK market is “on fire” according to the Bank of England.

But can it stay white hot for much longer? Or is something big about to hit all markets that will slam the brakes on everything?

When governments recklessly pump money into an economy it takes on multiple roles. This monetary stimulation is designed to boost economic activity. But it depends on where the money flows and who it flows too.

The idea of helicopter money to people is nice but does little in the way of economic activity stimulation. People end up paying down debt, saving or simply using it for existing bills they are already struggling with.

People don’t tend to use such money for holidays, for shopping or for much economic stimulation. Furthermore, a lot of the money ends up flowing back through financial institutions who adhere to asset purchasing programmes which has an effect of boosting asset prices.

Either way it’s not a huge coincidence that over the last decade as monetary policy has loosened and weakened, money printing has increased, and markets have boomed.

This is reflected in the stock market and more recently in the property market.

But now we’re also starting to see the real impact of endless money printing, a boom in prices.

Already in the US the CPI rate (a measure of consumer inflation) has jumped to 5%. This is a level not seen since 2008… which interestingly is when this run of central bank economic manipulation really kicked in as the global financial crisis kicked off.

It’s not just the US though.

In Germany they’re expecting inflation to hit 4.2% by November, levels not seen since the early 1990s. And let’s not forget that was a time fresh off the back of the fall of the Berlin Wall and Germany’s reunification.

It seems that inflation tends to follow periods of great uncertainty, disruption and crisis…

Well don’t expect the UK to be left out of the boom in prices either. While it’s clear inflation is setting in across the world, in a time when you’d think central banks would want to bring it under control, what is the Bank of England (BoE) doing?

In fact, BoE governor Andrew Bailey believes forces on inflation will be temporary. Except not all of the bankers at the BoE agree.

“In my view this is the most ­dangerous moment for monetary policy since inflation-targeting was first introduced into the UK in 1992 after the European Exchange Rate Mechanism debacle.”

There’s a very good chance that inflation will be more than the BoE forecasts and it will last longer than it expects.

And if you’re in any doubt about increasing prices, just look at the property market. That’s inflation, just like how your rates, utilities, food and grocery bill are all rising too.

So, what happens next then?

When prices get hot, when property gets hot, when assets are hot, when everything is white hot and increasing, the central bank has but one weapon up its sleeve.

The only way to cool prices is to lift rates. To disincentivise spending. To make property affordability harder. To encourage savers and to douse the fire with a bucket of ice.

Only problem is that usually when everything is white hot and rising, it’s also in tandem with sensational economic growth.

Downside is, right now, that growth isn’t happening. Thanks to the obscene measures taken in the last 18 months by government and central bankers, collectively they’ve stifled economic growth and lit the fire under inflation and asset price inflation.

All this while interest rates are at level of next to nothing (and sometimes nothing).

So they can’t cut rates any more to stimulate growth to grow out of inflation. They can’t lift rates to cool inflation because that would crush the economy even more.

So what can they do?

Well they have no choice in my view but to lift rates. I even expect they’ll need to do it before the year is out. That’s going to certainly cool the property market a touch. And it may dampen inflation and also the stock market.

But it will also bleed the economy a little more too.

What this means is that as an investor, you need to exercise patience. These measures, this outcome if it eventuates, will be temporary. It may only last a year to regains some form of economic control.

It means that while the stock market is ripe with excellent stocks, the payback period on these will suit the long-term investors rather than the short-term trader.

There will undoubtedly be great buying opportunities and value stocks will again become flavour of the month. The strong will survive, the weak will be cut from the pack.

The short-term outlook is still very uncertain. Rising inflation does make life look a little grim. But patience, understanding and conviction in the outcome being better than the current situation is key.

The best thing to do right now is just maintain the assets you’ve got, reduce any bad debts that linger (as much as you can) and patiently wait for the buying opportunities to unwind and then be ready to move and act.

PS Have you registered for the Beyond Oil Summit yet?

You’ll learn more about the energy transition, what could be the mega-trend of the decade.

During the summit, you’ll discover: