What if bitcoin is worth $100 million? 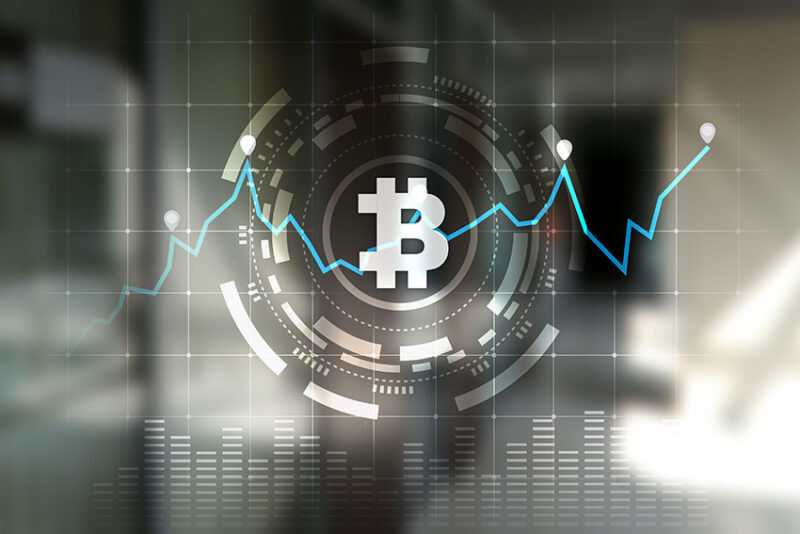 Here at Exponential Investor we sometimes get accused of being too optimistic.

It’s said that sometimes we might even have a little bit of the “crazies” about us.

That’s fine with us.

In fact, if we don’t have a little bit of the “crazies” about us, then it becomes hard to see what the next big breakthroughs and game-changing technologies will deliver.

We sit out there on the edges of the bell curve, with our fringe ideas, challenging the mainstream thinking. We have investment theories that break the shackles of the status quo.

And sometimes people just think we’re stupid for it.

Most of the time people think our views and coverage of cryptocurrency is akin to financial heresy. The sheer idea of a digital currency network having any value at all, sends shivers through the bulk of mainstream investors.

And our views on crypto have led us to be called crazy charlatans – and the one we love most, snake oil salesmen.

Accustomed to the insults

But after a decade of such, we’re pretty used to it. And frankly we’re sad that people still think the crypto markets are “tulip bulbs” and “like the South Sea bubble”. Of note, none of the people that say as much were around during either of those, so… you know… whatever.

Nonetheless, more recently we’ve copped a bit of flak for our bold predictions that bitcoin is on a race to $1 million.

That’s right, we’ve been saying publicly that bitcoin (currently around $52,000) has all the potential to go to $1 million per bitcoin.

Think we’re crazy? Probably because you don’t own bitcoin. Or maybe you do but can’t fathom that kind of rise.

But let me explain how. Also, let me prove to you, we’re not crazy, in fact we might be underestimating how high it could really go…

Right now bitcoin is going through a phase where it’s shifting from the realm of individuals to the realm of corporations… and even governments.

For example, El Salvador is the first (publicly announced) government in the world to purchase bitcoin for its treasury. It has added 400 BTC this week already and no doubt will add more.

MicroStrategy (NASDAQ:MSTR), a Nasdaq-listed software company, now holds around $5.6 billion worth of BTC on its balance sheet.

You see, the really big money is moving in. And more of it is coming.

So what happens when it does?

According to investment management firm ARK Invest, if all the companies in the S&P 500 moved 10% of their cash into bitcoin, it would add $400,000 to the bitcoin price.

But remember, the S&P 500, by and large only includes companies within the United States.

It would add another $575k to the bitcoin price.

So, there’s your million, right there. Easily done.

But here’s the crazy thing.

That figure only considers 879 of the 41,000 publicly listed companies in the world.

Nor does it include the millions of private companies in the world, either.

And to add to that, it doesn’t include the wave of everyday investors that stampede into bitcoin as they see the price march higher.

That’s where the numbers could get really eye-watering.

Let’s say only half of the people in the world put just 10% of their wealth into bitcoin.

Very quickly we’re looking at well over $2 million per bitcoin.

Now you might think we’re still crazy for even suggesting that this is possible. Maybe you still think we’re snake oil salesmen. But do you think one of the world’s largest money managers is crazy too?

Don’t believe us… what about them?

Well then, perhaps you’ve heard of Fidelity, the giant global asset manager. It has 38 million individual investors, processing more than 2.6 million trades per day with over $11.1 trillion in total customer assets under management.

Fidelity also has a digital assets arm, Fidelity Digital Assets. It is a part of the business dedicated to research and products in the crypto space.

In a recent webinar the team from Fidelity Digital Assets demonstrated how it was quite possible to see the rise in value of bitcoin head to $1 million by the end of the decade.

However, it didn’t stop there.

Fidelity extrapolated its forecast, showing how bitcoin could eventually head to $100 million by 2035.

Do you want to be sat on the side-lines if that forecast plays out to be true?

Or do you want to have a stake in it, even a small, punt stake, money-you-can-afford-to-lose stake, in the possibility that forecast plays out to be true?

It might not of course. Fidelity, and us, may be waaaaay off the mark.

But are you prepared to run that gauntlet?

Also, if bitcoin heads in that direction, what do you think will happen to the rest of the crypto market in that outcome?

Our view is it’s a pretty simple decision to make. But of course, it’s not for everyone.

Still, we think armed with the right information, and when you understand what’s really the driving force behind all this, then you’ll make the right decision for you.