What tips the UK into a recession? 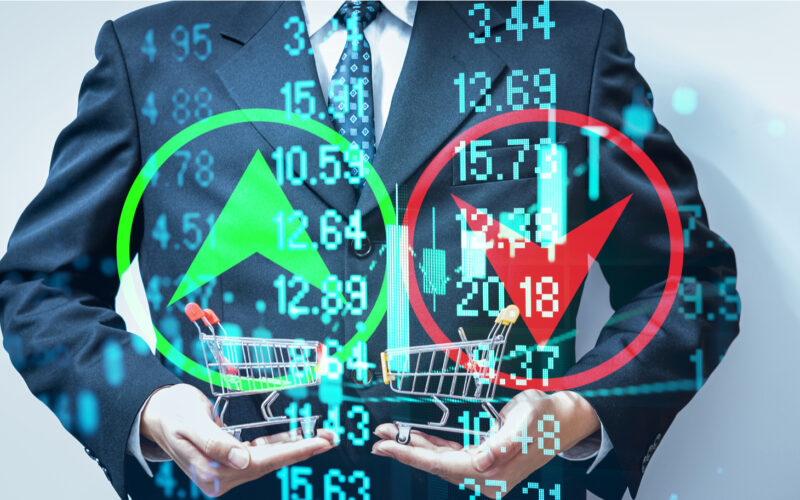 The United Kingdom was hit with a recession in the first two quarters of 2020.

That second quarter was the biggest fall in growth for three months since the 1700s.

The historic recession that never was

But was it really a recession?

Or was it an artificial recession?

Technically speaking, yes, the country experienced a period of negative growth. But that is because the government in its… infinite wisdom… decided to shut down the entire country.

How can an economy grow when you can’t even leave your home (unless you’re a politician, then the rules don’t apply)?

Nonetheless, while technically the UK’s last recession was 2020, my take is that’s not really the case. It was an imposed recession, not one that naturally occurred.

To find the last real naturally occurring recession, you’ve got to wind the clock back to 2009 off the back of the global financial crisis, or global debt crisis, or whatever you want to call the massive crash of 2008-09.

That period of time crushed the UK stock market and many economies around the world. It also set the scene for monetary and fiscal policy for the subsequent 13 years.

The policy decisions have determined the situation in which the economy finds itself in now.

That position is on the edge of a full-blown, natural recession.

For what it’s worth, I’m of the view that the UK will dip into a recession likely in the fourth quarter this year, the first quarter of next year and possibly all of 2023.

The reasons have been discussed in previous editions of Exponential Investor and in other publications of Southbank Investment Research. High costs for food, energy and a lot of other things are crimping household budgets here in the UK (and in other places). The latest statement (or if you prefer, mini-budget) from Chancellor of the Exchequer Rishi Sunak has not boosted most households’ incomes.

Meanwhile, in the United States, the two- to 10-year yield curve in the Treasury bond market has become inverted. This is a situation where the yield on the shorter-dated bond is higher than that on the longer-dated bond and is a very reliable indicator that a recession is coming to the world’s largest economy.

So, what does a looming recession mean, in practice, for you as an investor?

Putting down a lame nag

A country that is experiencing negative growth doesn’t always mean a country on the brink of disaster. It just means that perhaps adjustments are taking place in the free market that return a period of irrational exuberance to a more balanced situation.

By that I mean, the pandemic and the artificial recession slammed the brakes on everything. In the meantime, there was pent-up energy in the economy and with consumers buying and buying while everyone was stuck at home.

This was with a backdrop of entire sectors like the airline industry and hospitality industry getting destroyed virtually overnight.

So, it’s clear that once those government opened the gates, the consumption horse was ready to bolt.

But the horse went too hard too soon and is about to turn lame. And pretty soon, the metaphorical vets are going to slide out the big green curtains, pull out the shotgun and put the old nag out of its misery.

As noted above, that’s because we’re facing a cost-of-living crisis on the back of loose monetary policy from the central bank and fiscal stimulus from the government.

The Office for Budget Responsibility suggests inflation may climb to 8.7% for the final quarter of this year. These projected numbers from government channels are almost always under the odds.

You know the reality because you live it. It will be the reality until something – typically unwanted by governments and central banks – stops the inflation.

That something is a recession.

The worse of two bad outcomes

To borrow a line from Australia’s Treasurer (translation: Chancellor of the Exchequer) in 1990 (and later Prime Minister) Paul Keating, this will be the recession we have to have.

To do that needs the central bank interest rate to be higher. A lot higher.

As in it needs to effectively crash its own economy to take all the heat out of inflation and the out-of-control cost of living crisis. That means unemployment will rise, inflation will get vapourised and we will see debt-laden businesses ultimately fail.

The markets will tumble and investors will get spooked out of the game.

The bad outcome is that policy-makers continue to do, well, nothing. And inflation, spiralling costs of living and consumers doing their own “tapering” of activity push the country into negative growth without the help of the central bank or government.

That’s worse because it leaves the controllers with no tools to do anything at all. And it means that the recession lasts deeper and longer. That, in turn, implies extended unemployment, extended trouble in the market, falling property prices, widening income inequality… just more trouble for longer.

No one wants to have the hard discussion that quite frankly the country needs a real recession to sort all this mess out.

If that’s the case, and recession is imminent, how do you invest? Do you flee to cash? To “hard” assets? Do you ensure you’ve got some money to move into the market as this happens? Or do you position your portfolio now into “recession-friendly” stocks that can weather such a storm, or in some cases even perform during a recession?

In the near future, we’ll look at exactly what those stocks look like.

At a time that we have gone from being in an artificial recession to the brink of a real one, it is an important question.