Why is an image on a computer selling for $69 million? 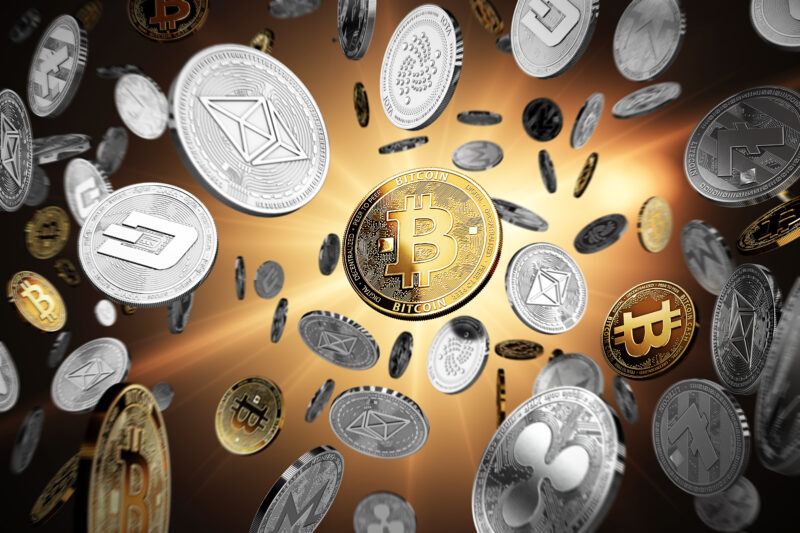 Last week an email went round the company…

The subject line was…

And inside was an extraordinary feat.

My colleague and Sam Volkering had taken a gain of well over 2,000%.

On something I’d never heard of.

Doing something I don’t understand.

“Records are there to be broken… this week Sam V took a gain of nearly 2,500%. I make that the single biggest gain in our history!”

Extraordinary stuff, but what exactly is it.

Well, I can’t reveal the company of course, that’s for subscribers’ eyes only (yawn, sorry), but today I want to take a look at the technology driving the biggest boom in markets today.

It has now punched through US$0.12 and past 2,200% from our initial recommendation. I have no doubt that’s because of its close ties to the non-fungible token (NFT) space and the sheer mania that’s surrounding NFTs right now.

As outlined in his original report almost two years ago,

We see a huge growth area in the idea of digitally scare assets. For blockchains that can utilise this technology, we think there’s huge appeal to mass market adoption.

Well, I wonder if even Sam thought that within a year or two, these so-called NFTs would be the hottest properties on the open market.

If you don’t believe me by the way, then perhaps you missed that at a recent art auction, an NFT of some digital art sold for $69 million.

But some of you are probably still wondering – what is an NFT?

Remember how one of the challenges faced by early cryptographers was trying to prevent “double-spend” when digital cash could simply be copied and pasted?

Well, the technology behind bitcoin, you may remember, solved that thorny issue through “hashing” (codifying) all the data in each block into a complex code which could be “solved” by the users of the system.

Essentially it records every transaction ever so you can see if someone has spent the same money twice.

Thus, every transaction could be logged, and double spend would be spotted and blocked by the network of users.

Well, NFTs are a way of creating “ownership” of digital assets.

There are many images of the Mona Lisa, but only one Mona Lisa.

A print is less valuable than the original, and the artist’s signature is key.

Well as I understand it (i.e., at the most basic level) NFTs are a way to create a similar system for non-physical artworks, images, video clips, or other things.

Sam puts it much more eloquently than I can:

You see a problem with gaming is your experience is closely mirrored by the experience of another. That doesn’t make it particularly special or unique.

In the real world this is also true. Except for the “human element” which I define as the ability to have an experience that no one else on earth can have.

Like walking a beach on the Great Barrier Reef and finding a beautiful, tiny seashell. It’s one of a kind, something no person has ever touched before. You’ll slip it into your pocket as a little keepsake. And forever that seashell will remind you of that experience.

Or think about taking a trip to the Masters golf championship. On a long par 5 a Tiger Woods drive hits you on the arm. He gives you a signed glove as an apology… and a selfie. A one-of-a-kind experience and keepsake for your massive bruise!

Note: that kind of thing really does happen at golf tournaments.

This is why when people travel, they keep mementos and take photos. This grounds our memories and experiences to a tangible item. But those kinds of experiences and items used to be hard to replicate in a virtual world.

Not only that, it was hard to prove that an item was a one-off. There was no way to really know if what you had wasn’t just repeated thousands of times over for other players.

Except now there are one-of-a-kind digital assets.

And through blockchain technology we can prove it.

There’s a lot I don’t understand about crypto beyond bitcoin.

And if you’re in the same boat, I doubt this article has helped an enormous amount.

However, when we start seeing gains of a couple thousand per cent, digital artwork selling for $69 million and bitcoin breaking out to all-time highs…

Sam’s the man to follow – lucky for you, you’re already signed up to his free e-letter. But if your interested in finding out more about Sam’s work on crypto, then you can find out more here.