Why time horizons, anchoring and psychological biases matter now more than ever 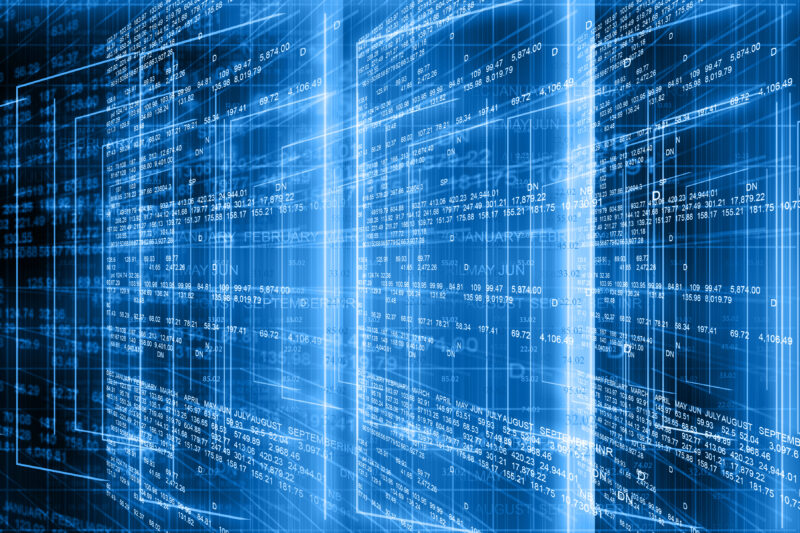 Watching green and clean technology suffer in recent weeks has felt, I imagine, a lot like seeing your child fail at exams, miss a penalty in football or fluff their lines in the school play.

You’re so proud of everything they’ve achieved up to that point, and you know there’s so many great things lying ahead for them.

Sadly, that cannot dull the pain you feel right now – the burning anguish of seeing something you love tripping up – however short-lived that pain may turn out to be.

Alongside James Allen, editor of Exponential Energy Fortunes, I have been one of the keenest advocates of investing in clean tech and green energy these past couple of years.

I’d like to take a look at some perspectives on what’s happening and how investors with a portion of capital invested in the energy transition can think about how to move forward.

Firstly, we must seek to find where we stand today.

I will use the WilderHill Clean Energy Index as a proxy for performance in the sector.

Its success has been driven by the popularity, since March, of small cap stocks and growth stocks which aren’t yet profitable.

It’s actually up 5% on a three-month basis.

So that’s the first important point – to keep some perspective.

Anchoring is a powerful psychological bias which tethers our brains to the last major number we saw or heard.

It works in investing by “anchoring” our price expectations on the last time we looked at the stock and saw its price at 120… 150… 180!

When we see that higher number, we are happy and that jolt of emotion is strong enough that we remember the number associated with it.

That’s even when a stock has gone up tenfold in a year, we somehow deem its now price to now be “the” price (if such a thing even exists).

Then, if it falls 30%, we imagine that we have somehow lost money.

When really, we have gained 700% in the last year.

But the “loss” stings regardless – loss aversion is another classic human bias – and starts clouding our judgement of the stock’s performance.

We start falling into the gambler’s fallacy – thinking we’ll just wait for it to regain its old high and then sell, so at least we haven’t “lost” anything.

Anyway, the first point is this.

Clean energy investors should be nothing but delighted at the one- or two-year performance. They’ve been involved in one of the greatest wealth-creating runs I’ve ever seen. Very few people can sell out at the top (unless they luckily just moved house or got divorced and had to sell), so don’t waste any brainpower wishing you had.

Not that it definitely is a top. Anyway – tops might only be transitory, and new highs could be right around the corner. This leads me on to my second point.

That we are at the very beginning of a multi-decade transition.

Crucially, this is as true today as it has been for the last few years.

The reason that the energy transition is a great place to invest is because a lot of companies which are very small and new could become very large in due course.

As Jeremy Grantham said, while warning of a gargantuan bubble in financial markets, the growth rates of energy transition-related companies are going to dwarf those in the rest of the economy.

Naturally, not all will be. But that’s why it’s worth having James by your side – to find the ones that will.

The point is that a long-term view has always been crucial in this space, and remains so.

It has been an incredible ride and incredible gains have been seen, enjoyed, and cashed in I hope.

It was never going to be a straight line up, and all we have to do is zoom out – to have some perspective on past performance, and to keep our focus on the long term.

If these companies didn’t have stock prices, no one would know that anything was amiss in the sector.

The news continues to be incredibly positive – from hydrogen strategies, to net zero targets and new technological breakthroughs.

So in a sense, we must simply remember that this volatility is the price we pay for great returns.

Some profit taking is of course warranted, and has been for the last six months.

That’s how James recently banked gains up to 250% on Ballard Power, which was bravely recommended on 27 March last year – within days of the market’s Covid low.

Or how he locked in 550% on British solid-state battery pioneer Ilika, or over 800% on UK hydrogen electrolyser company ITM Power.

Banking those profits allows us to maintain our focus on the underlying companies and keep focused on the long term, during these difficult moments.

Tesla is the posterchild for the sector, in most people’s eyes. Not mine though.

I have some very particular views about Elon Musk which have prevented me from ever wanting to buy a car or the stock. The cars are awesome though, and the achievement of the company has been incredible and will be lasting.

The global car market has changed forever, and Tesla drove that almost single-handedly.

Its only (brief) profits have come from selling carbon credits not cars.

And more recently, from buying bitcoin.

But since buying bitcoin, ironically, Tesla has fallen by more than 30%.

And as a leading constituent in many exchange-traded funds (ETFs) including the WilderHill Index above, it is the best example of how flows matter and how size matters.

And how ETFs can be just as dangerous on the way down as they are brilliant on the way up.

Tesla is now leading the charge down for both its knowing and unknowing investors.

You see, it’s a major part of hundreds of ETFs which track US, tech, or growth markets.

And because it’s grown so much and ETFs do not trim risk or size, they simply allocate according to flows of capital into the fund… Tesla is now a beached whale, dragging whole funds down with it.

Take this recent stat, from Bloomberg, “At one point on Friday, every one of the 54 U.S.-based ETFs that have assets under management exceeding $1 billion and more than 1% invested in Tesla had fallen.”

Tesla only jawboned its way into the primary US stock market late last year, and it was bid up so far in anticipation of that fact that it went into the S&P 500 as its sixth biggest company.

Now, this led to every single person who holds shares in an ETF tracking the S&P to buy Tesla.

But not at the cheap prices of yesteryear.

At the very priciest it has ever been.

In fact, at some of the priciest levels any stock has ever been upon entry to the S&P.

Hundreds of thousands of investors were thus forced into the stock at record, crazy, all-time high valuations.

They were forced to buy a single, unprofitable car company when they could have bought shares in all of the ten biggest car companies for less.

Tesla falling also has a psychological impact. People get scared and sell out of related things too.

This reflexivity of falling prices begetting falling prices can be seen in Tesla’s effect on ETFs, but the Innovation ETF (ARKK) of Cathie Wood’s ARK Invest is another example.

It grew so large… until recently.

Now, redemptions from the fund are heavy – a lot of people are selling.

And when money leaves the fund, because people ask for their money back, the funds might have to sell assets in order to meet those redemptions.

The risk is that people sell when things go down. Which forces the fund to sell more of its holdings, which pushes prices down further, and so on.

And in the last two weeks, it has fallen sharply. And seen record outflows.

She is a massive Tesla bull and owns a large number of shares, which won’t have helped.

What’s more, investors who are attuned to this powerful reflexive force are likely to start shorting the individual stocks she owns in anticipation of further flows out of her funds.

I.e. they can pounce on the fund’s weakness and in doing so, exacerbate it.

That’s one potential factor behind the incredible force of the recent sell-off in small cap technology shares, including some clean energy names.

It’s a more subtle one than things like profit-taking or stretched valuations in the short term.

But it could be an important factor in exacerbating the force of a correction or bear market.

But for me, the bottom line is this.

Clean energy has rightly been a fantastic sector to be involved with and will continue to be so for years, or decades, in my view.

But the reason it was always prudent to diversify into other corners of the market like cash, precious metals and value stocks, was that it was unlikely to be a smooth ride to the moon.

However, with a balanced and diversified portfolio, I believe that energy transition investors can be the calmest heads in the technology room.

It’s the most promising growth sector out there, and with patience (and especially with James on your side!), investors will surely be rewarded in the years and decades to come.