You won’t believe how much cash I have! 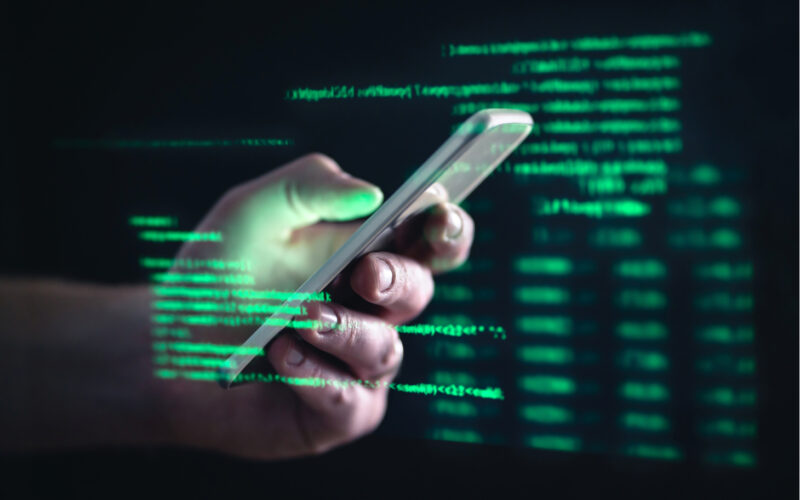 I tell you what, whoever says to me next, “cash is king”, I think I might punch them in the face.

A couple of decades ago, sure, there would be a good reason to use that phrase.

When the cash rate is that high, then yes, cash can be king.

You can jam it in a bank account and probably get a few per cent above the inflation rate with the cash rate at those levels. Your cash is worth more year after year.

If there were term deposits around, you could even lock in your cash for a fixed period, 12 months, 18 months, two years and get close to 10% per annum on your cash.

That is a world where cash is king, because in volatile markets you can still earn a great big chunk of change over time by having zero capital risk.

Perhaps you remember what it was like to not just retain the purchasing power of your cash, but to grow your wealth by simply holding cash.

For a very, very long time this was how the traditional financial (TradFi) system worked. You would have a well-constructed portfolio with cash for that “rainy day”. Or maybe that cash was your income stream as you left the investments long term in the market to do their things.

Cash was king back then.

But for the last 14 years cash has been progressively getting, shall we say, less noble.

It’s gone from king to prince to a lord to a knight to a peasant and today it’s the decrepit donkey on its last legs in the stable about to get the heavy shovel to the head.

There is one thing and one thing only that cash is good for.

That’s the ability to be easily transacted in the world. That’s it. That’s all its good for.

It’s the most established, legacy form of transacting we have on earth. And, yes, it’s still the easiest.

It is unquestionably still a medium of exchange.

But no longer is it king. Every single day your cash gets you less and less when you transact with it. It gets you less milk, less petrol, less energy.

The number of your cash doesn’t change. For example, £10 today is £10 tomorrow. And in a year’s time it will still be £10. However, your purchasing power of that £10 will decrease. What you can get for your cash will be less, so in a literal sense, you cash is stable in value, but practically it continues to erode in value.

This is the inevitable impact of inflation.

If you hold cash long term thinking it’s safe, well, it’s not. By their very own intentions, the central banks will erode your cash long term.

But sometimes, that inflation rate gets out of hand. Often, it’s because the central banks have tried to do something that clearly isn’t going to work as intended… like flooding the economy with so much money that it inflates everything from asset prices to the food on your table and the power that keeps your lights on.

They will try to tell you that it’s the fault of some unknown, third party, a nefarious dictator from a far-away land. But don’t listen to that. The reason there is runaway, rampant inflation in the economy is because of loose, ineffective monetary policy from the central bank.

When the cash rate is so low… close to zero and for a long time, actually zero and then you pump trillions into economies, then you are almost guaranteed to get serious inflation.

This all means three things…

One, your cash no longer gets inflation beating returns that you might remember from the good old days.

Two, your cash you do have is eroded in value faster than you might have ever experienced. While they say the inflation rate is now 5.5%, the reality is much higher – quite possibly closer to 10% when you factor in price rises across your day-to-day expenses.

Three, if rates are stuck at very low levels, and inflation is higher, your cash continues to be worth less and less… yet for some reason this fallacy of “cash is king” has not left the psyche of investors and the general public.

Let me just say it one more time.

Cash is not king. Not any more. If you think it is, you are wrong.

And I can prove it.

The new and divine cash

In the headline today I explained that you wouldn’t believe how much cash I have. Well, you will be surprised. You see I barely have any cash. At least, barely any cash in the traditional sense.

I’m smart enough to know that if I’m holding cash, I’m holding an asset that is constantly worth less and less every day and the government and central bank use the system as their own little plaything.

Sure, I have enough at hand to cover the bills that require it. And I have a month-to-month float for the unexpected. I’m not so naïve to think I don’t need any cash.

Now I say cash “in the traditional sense” for a good reason.

My “divine cash” is easily accessible to me: I need only take a couple of straightforward steps and I can have it at my disposal. It’s easier to access than any term deposit I used to have in the traditional system, that’s for sure.

Most people when I tell them about my “divine cash” are astounded that it’s so easy, simple and that I can get the inflation-busting mega yields on it. It’s still cash, still prone to the inherent inflation that pervade our economies… except the return I’m getting on my “divine cash” is so high that I’m beating inflation and growing its purchasing power.

They’re happy to trust the government and central bank to do what’s right. Well, how’s that working out?

Look it’s a very simple equation for me, I’m earning “divine cash” because I know I can and I know how to do it. I want to share that with everyone I can. And on Thursday at 2pm I’m going to share with you three ways that you too can earn “divine cash”.

All you have to do is just get your name down here for my investor presentation that’s completely free and accessible to Exponential Investor subscribers. I will tell you first hand three ways to earn “divine cash” but also two other explosive ways to generate “MegaYields” that you will think is impossible… until you learn how… and then you’ll probably wish you’d been doing it for the last few years (which you could have). This isn’t without risk. As you probably know by now, the crypto market is high-risk and unregulated.

But if you’re willing to embrace this risk it’s not too late – get your name down for my broadcast this Thursday at 2pm to learn all about earning “divine cash” and MegaYields in the new, alternative financial system.