Why the energy market is ripe for exponential disruption 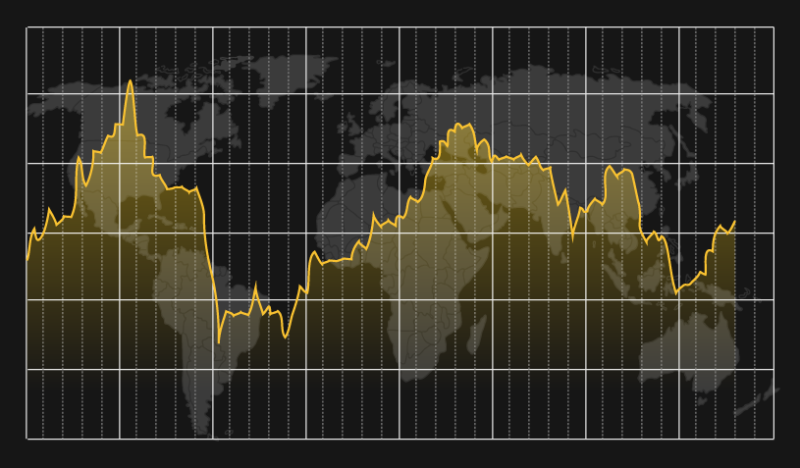 Over a century ago pioneers like Thomas Edison and Nikola Tesla helped create the modern energy system – and it’s barely changed since. The current industry is old, outdated and inefficient…

Which makes it RIPE for disruption – driven by new, smart and fearless technology firms launching an all-out assault on the industry.

If I asked you all what is the greatest technological transformational change you have lived through, I’m guessing most of you would answer, “The internet.” And you wouldn’t be wrong. The internet has fundamentally altered how society operates and how we communicate with each other.

But what about if I also included the changes that your parents, grandparents or great- grandparents have lived through?

The answer wouldn’t be the internet, not by a long stretch.

In fact, in terms of transformational change, the World Wide Web would fall some way behind a technological innovation from a little over 125 years ago.

Then, around the late 1800s and early 1900s, a few inventors on either side of the Atlantic figured out how to harness electricity as a serious source of power in a very short period of time, in just 10 or 15 years.

In the space of the lifetime of your teenage child, a reliable system of electricity generation, transmission and conversion was created: that literally brought the world out of darkness, in turn fuelling and driving creativity and unprecedented business growth.

No other technical innovation has had such a far-reaching impact on modern civilisation as the dawn of the electricity age.

Although a British scientist by the name of Michael Faraday discovered the basic principles of electricity generation, American inventor Thomas Edison wears the laurels of the “Father of Electrification”.

In 1882, at the Holborn Viaduct in London, Edison demonstrated that electricity could be distributed from a centrally located generator through a series of wires and tubes, or conduits to use the more technical term. Simultaneously, he focused on improving the generation of electricity, developing a coal-fired facility called the Pearl Street Station in New York City, which was the world’s first permanent centralised power plant.

Edison’s breakthrough designs at the Pearl Street plant allowed humans to reproduce the lightning of the sky and use it for melting, heating, lighting, precision machining, and a great many other uses. Electric lights meant workers could see better and therefore make more precise drawings and fittings.

Electricity allowed steel producers to operate their furnaces with greater precision, which led to advances in metallurgy. Electric power allowed factories to operate drills and other precision equipment at speeds unimaginable on the old pulley-driven systems, which relied on waterwheels on steal power.

As Henry Ford wrote in 1930, without electricity “there could be nothing of what we call modern history.” Electricity, he said, “emancipated industry from the leather belt and the line shaft.”

In fact, by 1890, just eight years after Edison launched the Pearl Street station, there were a thousand central power stations in the US alone.

I say this not to bore you or give you an unnecessary history lesson, but to highlight how the same system is essentially still in operation today.

Despite fundamental changes in society, technology and even the sources of energy fed into the grid, the power system model is virtually unchanged since Edison’s Pearl Street Station.

Indeed, they say that if Alexander Graham Bell returned to the land of the living today, he wouldn’t be able to comprehend the progress in telecommunications over the last 125 years.

But if Edison also leapt from his final resting place, not only would he recognise our electricity system of today, he would probably be able to fix it to boot.

Most electricity service is still delivered from large, centralised power plants out to individual homes and businesses over an interconnected grid, a hub-and-spoke model with power flowing only in one direction.

Just like in Edison’s day, utilities still form the backbone of the electrical grid, selling electricity that’s mostly derived from burning fossil fuels in centralised stations before being distributed over a network of power lines.

But that’s all changing. Or it’s about to. The companies bringing about that change are all part of the explosive trend I’ve been researching, and will be bringing to you in the pages of Exponential Energy Fortunes.

This is premium stuff! To read the remainder of this report and all our other reports, enter your email address below.

You will also receive our free daily newsletter, Exponential Investor. But don’t worry, we will never spam you and you can unsubscribe at any time!