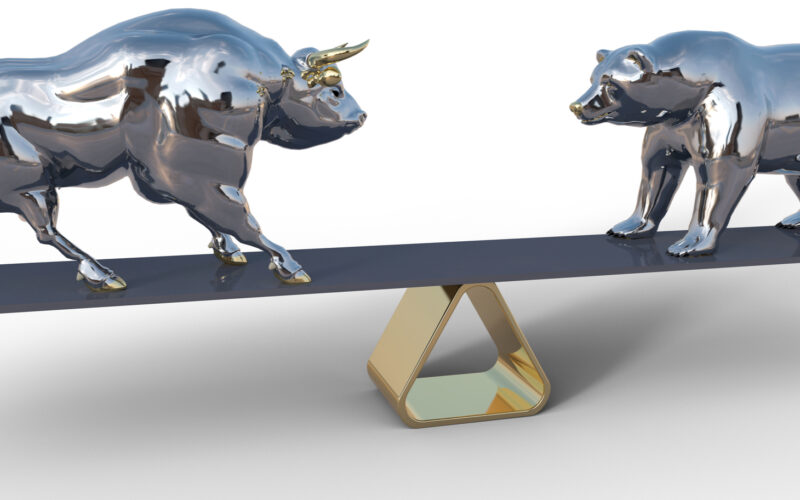 Today, we are going to get a little Australia-centric. Only because China is out to pick a fight with the commodity markets…

… and China criticising free-market policies is a knife in the heart of Adam Smith and his Wealth of Nations free-market ideology.

More importantly, Beijing’s proposal would set the tone for its other trading partners down the line.

It doesn’t help that Australia is easy to pick on. Sure, we’re a developed country. But our economy is so small no one cares particularly about what we get up to.

Yet China’s latest moves could have global consequences.

Don’t forget, your prime minister and our prime minister made a pinky promise with US President Joe Biden to help Australia get its hands on nuclear submarines in an attempt to counter a rising China in the Asia Pacific ocean.

So, while our economic clout is half that of the UK, think of China’s arm wrestling with Australia as a litmus test for bigger, more important countries…

Everything that was once underground in Australia is literally holding up the modern buildings in China. Australia’s red rocks from the Pilbara have spent 20 years going up the guts of the South China Sea into the skyscrapers and ghost cities.

You see, China isn’t happy with the price of iron ore. The Beijing government reckons it’s getting jibbed on the price. That perhaps its collective bargaining power is being ignored, with the Financial Times writing…

China is moving to consolidate the country’s iron ore imports through a new centrally controlled group by the end of this year, as Xi Jinping’s administration seeks to increase Beijing’s pricing power over the industry.

China is the world’s biggest consumer of iron ore with its 1bn-tonne-a-year steel industry absorbing about 70 per cent of global production, most of it supplied by Australia. Any move to gain control over prices will probably alarm Canberra given iron ore’s status as the country’s top export.

Canberra is Australia’s capital city, where we store all our federal politicians. And I can assure you, it’s the least important part of today’s tale.

What does matter, however, is Big Xi’s agenda and move to consolidate “iron ore imports through a new centrally controlled group” and “organise bigger investments in overseas mines”.

Let’s start with the former.

This isn’t the first time China has kicked up a stink about iron ore prices. Though, rumour has it, it has been cranky about “index-priced” contracts since former BHP chief executive Marius Kloppers convinced the country to ditch annual contract negotiations, which more fairly represents iron ore price supply and demand dynamics.

Fresh on the heels of the financial crisis in 2010, the Reserve Bank of Australia noted, “The decentralised structure of the industry and the physical dispersion of steel production have raised concerns among Chinese policy-makers that the industry’s lack of consolidation may be hampering its ability to exploit economies of scale”.

Which is rather ironic. The insane rise in iron ore prices from 2002 to 2010 was directly due to China’s stimulus after the markets crashed in 2009…

… and unsurprisingly, the near £9.3 trillion in Chinese stimulus over 2020-2021 had a similar impact on the iron ore price as the country stockpiled steel and built more infrastructure.

More to the point – and like rare earths – China subsidises the local steel-making industry and, generally speaking, produces more steel than needed.

In other words, the country’s actions are the very cause of the high prices it’s so miffed about. Which brings us to the second part of its problem…

… China doesn’t like who it has to buy iron ore from.

Australia’s big three – Rio Tinto, BHP and Fortescue Metals – supply China with about 60% of its iron ore. Another 15% comes from the Brazil-owned Vale mine. Meaning that China gets 75% of its 1.08 billion metric tonnes of iron ore from just two countries.

Don’t get me wrong, China has its own iron ore mines. But they are inefficient, the iron ore is of a low quality, and the mines are marginal business (oddly, all things that push up the iron ore price). But this roughly 200 million tonnes doesn’t feed the beast that is China’s insatiable steel mills.

Of course, further maddening the Middle Kingdom is the unreliability of Vale’s mine, which has seen a deadly tailings collapse, production targets continually reduced and a fire at an iron ore shipping port.

To boot, there’s the iron ore hub China spent billions on in Guinea to expand its future iron ore base. While it’s likely to be a high-quality type of iron ore, there simply won’t be enough in the ground to meet the country’s demand.

So, you can see why China would like to leverage its collective might to secure a better deal. Particularly when its foreign investment in Australia is down by 70% in the last 12 months as Aussie diplomatic tensions ratchet up.

China can’t buy the mines with the iron ore it needs, so, surely, as the biggest power, it should be able to set the price. One of the many attempts Beijing has made to jawbone the iron ore price down has been accusing ferrous-metal traders of market manipulation. The rumours didn’t stick, and the price still went up. Because, well, China kept buying.

This tale of price fixing is less about communal bargaining power and absolutely about sulking because China’s former best buddy won’t let it just buy all the mines it needs.

Of course, this might all sound like an Australian problem. Not something for our friends in the UK to worry about.

But worry you should.

A government authority dominating in its own country is one thing, but to force itself upon the free markets that operate within another is problematic.

Beijing seeking to exert its autocratic power on publicly listed companies in other parts of the world in an attempt to smooth out price variations in commodities it desperately needs for its future is nothing short of tyrannical.

Don’t get me wrong, markets are flawed. Commodity markets are meant to reflect global trade and remain intervention free. I highly doubt Beijing will be successful in managing a set price for all its iron ore needs. However, the push for it sets an alarm precedent where countries with corrupt leaders might be enticed to fix prices.