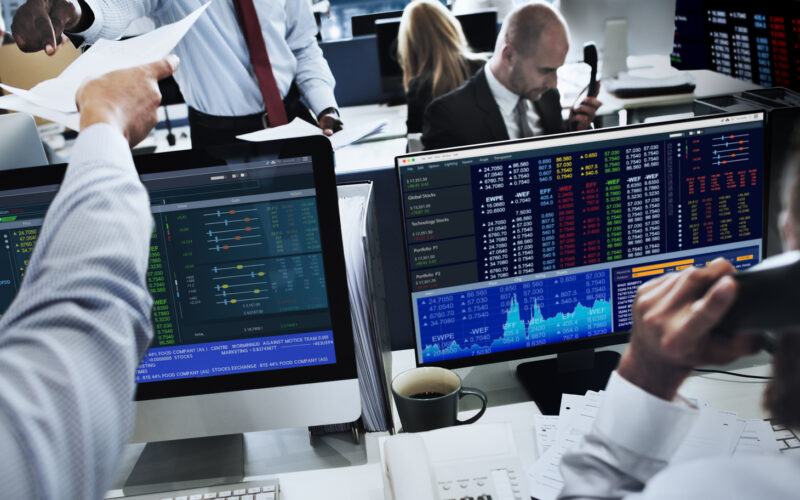 Every good story needs a villain and a hero.

In the modern story of traditional finance (TradFi) versus decentralised finance (DeFi), it is clear that there are very distinct villains.

The bad guys are the central banks, Wall Street and the Big Tech players of TradFi.

The heroes of DeFi are a little more complex, mysterious and, indeed, anonymous. Satoshi Nakamoto, arguably the biggest hero of them all, is unknown, and may forever be so.

Bitcoin is also a hero, albeit an intangible one. It is very much the “oxygen” we all need in a room with the oxygen sucked out of it.

Who are the other good guys?

There are also a are a few public-facing heroes of DeFi. These are the advocates of the potential for bitcoin to be a global reserve currency, and a way out of the shackles of the TradFi controllers.

One of the biggest names in that realm is Michael Saylor, the CEO of data firm MicroStrategy.

He’s one of the most vocal and broadcast believers in bitcoin and its future. Not even Elon Musk gets as much airtime on bitcoin as Saylor does.

To many, Saylor is a hero of the move to a bitcoin standard. However, there may be other heroes that are even more important.

Jack be nimble… Jack be quick

What is forgotten by the conspiracy theorists is that recently, on average, around 1,600 CEOS resign from their posts every year. Going on the averages well before Maxwell’s trial, that’s about 4.38 per day.

When the CEOs of companies like Walmart, Disney and Twitter resign in the space of about a day, it’s actually under the trend.

Nonetheless, there is some significance to the resignations of one of those CEOs.

In this context, we’re talking about the (now former) CEO and founder of Twitter, Jack Dorsey.

I encourage you to go and read Charlie’s piece on ByteTree here.

What really took my attention though was the incredible volume of bitcoin that Cash App (owned by Dorsey’s other company, Square inc. (NYSE:SQ)) processes.

According to ByteTree’s data, Charlie estimates that, “… Square has purchased 625,514 BTC on behalf of customers, which is 5x as much as MicroStrategy (MSTR).”

Interestingly I came across a video recently that was recorded a little while ago. It was Dorsey saying that if he wasn’t CEO of Twitter and Square, he’d be working on bitcoin.

Well… he’s off Twitter now, and Square is going pretty hard into bitcoin. I can’t see that trend slowing down. Maybe, Dorsey will stay with Square and use its massive resources to build the hero company that we all need to see bitcoin become a global reserve currency.

Or, alternatively, he ditches Square too and does work on bitcoin with his own massive resources.

Either way, Saylor’s a more obvious hero, but like Charlie rightfully points out, perhaps it’s really Dorsey that’s the one we should all give the nod to.

The corporates keep rolling in

Now if you think that Dorsey’s involvement might just be some fanciful thinking by someone who has already made a fortune in technology, then consider some of the other recent developments that suggest this is all going to stick around a lot longer than the sceptics might think.

Adidas, the massive apparel and shoemaker, is getting into the metaverse – and, more specifically, the crypto metaverse.

Adidas made two big announcements over the last couple of weeks.

First, the company had bought a bunch of land in the Sandbox metaverse crypto game/world. What exactly does it plan to do in there? We don’t really know yet, but I reckon it’s going to involve lots of non-fungible tokens (NFTs).

Secondly, Adidas announced that it would partner with Coinbase. Adidas may well be looking to integrate Coinbase as a payment rail for using crypto to buy Adidas products.

Shortly after that announcement, Coinbase launched a “We Accept Crypto” campaign about supporting small business to help them accept and interact with crypto with their customers.

Now, if Coinbase is going to do this with small business, you can bet your bottom dollar (or bitcoin) it’ll do it with multinationals too. Just watch this space…

Furthermore, while on the subject of the Sandbox game and the metaverse, legendary rapper and business mogul Snoop Dogg launched his own sale in the Sandbox metaverse. That means people could buy land as part of the Snoop Dogg world within Sandbox.

Finally, brewery giant Budweiser got in on the action, including an Ethereum domain name (ENS) on its Twitter page.

Head to beer.eth on Twitter and you’ll find the Budweiser Twitter page. That means that the company has actively bought (or got themselves) some ETH and bought and registered the beer.eth Ethereum Name Service domain.

This is a global, branded consumer products company that actively getting involved in the Ethereum ecosystem.

Fad, this is not. The future is what we’re seeing happen right in front of our eyes.

PS Just as cryptocurrencies are transforming money, something else is transforming energy production. This simple fuel is the “fuel of the future, set for 50-fold expansion” according to Forbes. To learn more about how it works – and how you can invest in the technology – then click here.