Did Elon Musk pump up the lithium price? 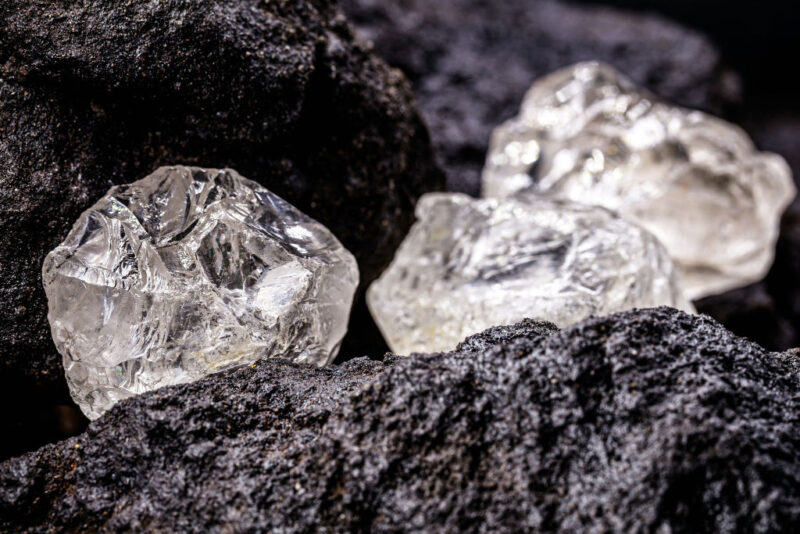 “Can I quote you on that?” I asked late last Friday afternoon.

“Absolutely, I’ll even write it down and email it over,” the voice said.

I furiously typed down some notes, and I promised to get back to him when I had spoken to the others.

This mysterious voice – an Australian geologist who now works for a private equity firm – has not only become a good friend over the years but is perhaps my favourite person to fact check things with. Hopefully I’ll be able to introduce you to him one day.…

But back to his quote. My friend said something highly controversial, something that could be off-putting for a whole bunch of exploration miners…

We’ll get to what he said later.

You see, the purpose for our chat was to discuss potential topics for a mining investment panel I’m moderating at an Australian mining conference next week.

When it comes to hosting these events, over the years I’ve found it’s best to always have a quick chat with the panellists beforehand.

Do you know why? You get better answers if people have been allowed to think about the topic.

Some may think that going for the “shock” question is the way to get the juicy stuff.

However, I’ve rarely found this strategy to work.

For starters, not everyone is comfortable on stage, and a moderator’s job is to showcase a guest’s knowledge. Someone spluttering out their answer doesn’t benefit anyone in the audience. No one learns anything and an expert put on the spot may be reluctant to do it again. Then we all lose the chance to learn.

In saying that, I don’t need to put people on the spot to get that shock value. I’ve found most people in the mining industry have lots of controversial things to say.

Once I know the topic, I can be the one to lead the horse to water…

The experts know they don’t know everything…

I can assure you, with extreme confidence, when anyone says they know everything about the mining sector, they’re wrong (and full of it).

At the Rule Symposium earlier this year, I met a geologist who told me that he is only now starting to feel like he has specialist knowledge on gold deposits in Canada.

The said geologist has been exploring and developing gold projects for 18 years, almost exclusively in Canada. Yet after nearly 20 years’ experience, this expert is only just starting to feel like an authority on the subject.

It was similar with an “oil & gas guy” I met that week.

This former oil and gas geologist has nearly three decades of physical drilling, mapping and exploration experience in the sector.

I thought he’d be the perfect person to ask what I thought were fairly generic questions about the North Sea. “No ma’am,” he told me in his Texan accent, “I’m a North American oil & gas guy, I’ll find you someone who specialises in the North Sea.”

Perhaps this is one of the things I find most refreshing about the mining sector.

Most of the people who are responsible for finding resources, digging them up and getting to market are aware of their knowledge gaps.

Even though a North American oil & gas geologist would know more about North Sea geology than I, he knows each oilfield is like a fingerprint. Sure, there are similarities and familiar patterns, but each oil field’s geology is slightly different and best spoken about by someone who understands those oil and gas traps.

… yet the outsiders think they do

Mining experts understand the intricacies of the science and have chosen to be an expert in their niche field. They don’t want to be generalists.

I was reminded of this when I began my panel pre chat with a former coal analyst, or panellist number two, we shall call him for now.

I threw out my usual, “any topics the industry is overlooking at the moment?” question and he very quickly pointed out the stark difference between the people who find the resources, versus the ones who finance the resources.

“Prices get blown up, or don’t blow up, because everyone is a generalist now,” guest number two told me about equity analyst research.

Investment banks and private equity firms used to have beefy departments and dedicated resources covering the mining sector. Through budget cuts or lack of interest, keen eyes on the money sector have been removed… and the result is that valuations are all wrong.

When I asked if he agrees with me that lithium is still in the “hype cycle”, he couldn’t have agreed quicker. He alluded to the fact that non-specialised research may have overpumped future demand and caused a flurry of money into lithium, which isn’t really needed. He told me that yes, lithium is interesting but anyone with experience in the sector knows it was waste just two decades ago. Do we need lithium? Yes. But there’s no way this metal is worth what the market thinks it is, saying:

“There are far more critical metals investors should be investing in, but capital is too busy chasing something popular.”

And on that note, it brings me back to what my first panellist told me last week:

“You know who needs cheap lithium? Elon Musk. What’s one to way get a lot of it for cheap? Convince the market the world will fall over if we don’t have enough for electric vehicles.”

What are the odds that Elon Musk and analysts who don’t know the mining sector have convinced all of us to park our money in lithium… when it wasn’t that long ago miners had to pay other companies to get rid of it?

Surely Musk couldn’t convince an entire exploration sector to chase lithium all at once, find large deposits all roughly around the same time… ending up with similar production schedules which could crash the price…

That’s two out of three panellists who think lithium isn’t where you should be investing.

So, if we shouldn’t be searching after the same metal as Musk, where should we be looking?

I’ll reveal all on Thursday.