Not enough of this critical metal to go around 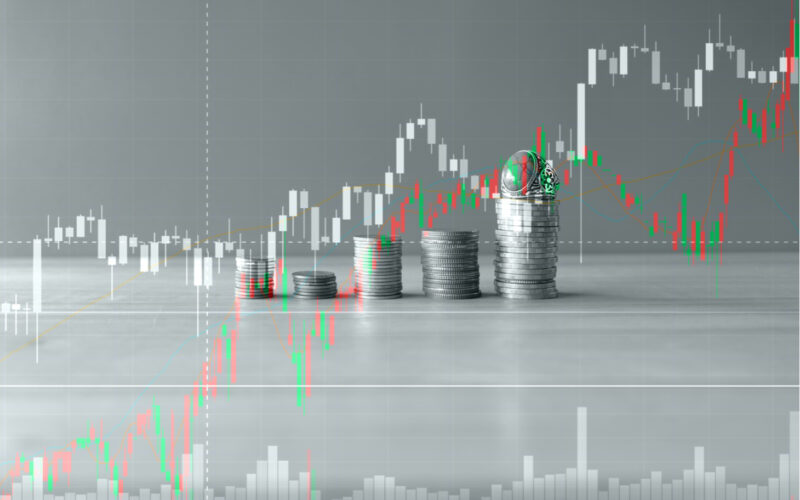 It was around this time last year the precious metals market was still chewing over the “silver squeeze”. For those on the fringes of precious metals, the silver squeeze was a mere curiosity. If you were like me and on the inside of the bullion business at the time, it was all we could talk about…

Fuelled by the success of GameStop — the financial activism that showed up both Wall Street and the US regulator for a couple of days — the punters turned to silver.

If you’ve forgotten the episode already, allow Forbes to do the hard work for me:

There are rumblings of a potential ‘silver squeeze’ ahead as Reddit traders attempt to replicate last week’s GameStop short-squeeze in the silver market…The idea behind the ‘silver squeeze’ thesis is that big banks and hedge funds currently have massive short position in the silver market for the purpose of suppressing the price of the precious metal. According to this theory, if enough small investors buy into the silver market, the big banks and hedge funds will be forced to cover or buy back their short positions, which would send the price of silver soaring.

Did it work? Look, there were a couple of exciting days. Silver futures jumped five dollars an ounce and the iShares Silver Trust was up almost 20% in just three days. But overall, no, it didn’t stick or disrupt the market the way that GameStop had done.

The silver squeeze was never going to have the same impact. GameStop’s then US$1.4 billion market capitalisation was (and is) no match for silver’s near US$1.4 trillion (or, if you prefer, US$1,400 billion) market.

What it did do however, was encourage some fools to part with their money in a speculative rush.

If you’d bought silver at the height of the frenzy, you’re about 18% in the red right now. And that’s if you bought a “paper” silver product like an exchange-traded fund (ETF).

You’re far worse off if you bought physical silver during that time. If you forked out for a one-ounce silver coin during the “squeeze” you would’ve paid the spot price (say US$30 per ounce), plus a premium of about 30% – if you were lucky. The odds are that you’re even worse off now than those ETF buyers.

Basically, all the Reddit groups did was boost up the premiums for physical silver and line the pockets of bullion dealers around the world.

The real question that should’ve been asked is, was there ever really a shortage of silver? The answer, is no.

What the squeeze did reveal though, was the poor understanding of the silver market.

Because there is long-term, structural problems looming in the silver market. And it will have a far bigger impact than any meme could…

Don’t fall for narrative over arithmetic

Around the time the silver squeeze was holding court in precious metal markets, I decided to spend a weekend reading 15 different research papers on silver mining. I came to two conclusions; I need a hobby outside work and that my initial hypothesis was wrong.

Page after page revealed that my opinion needed to change. There was no apocalyptic “peak silver” moment for pure silver miners (a miner whose main commodity is silver).

What’s noteworthy though, is that pure silver mines are seeing their ore grades fall. Now this doesn’t mean that the rocks are yielding fewer precious metals. Miners have a habit of mining the lower grade stuff when prices are consistently higher, and save the higher grade ore bodies when the price falls. This is good practice. It’s a way of maximising the lesser quality rocks while the market is willing to pay more.

Declining grades is mostly a pure silver miner problem, but not for miners where silver is mined as a by-product of another commodity.

But this where the good news starts to peter out, and the structural problems of silver supply creep in.

This distinction matters. Supply of silver is dominated by metals other than silver, meaning that more silver will only come to market as more base metals are mined and consumed.

Here is the problem with the silver supply. Not enough comes from pure silver miners. More to the point, pure silver miners have minimal elasticity: in plain English, they can’t dramatically increase supply in the event that the price soars. In fact, they would require a long and sustained silver bull market to invest the millions of dollars required to develop their reserves further.

The structural decline in silver supply

The world’s silver supply relies on base metals being found, extracted and demand by society. As I explained earlier in the week, the silver market has a small 30 million ounce surplus today. This surplus can be easily knocked with negligible increases in silver consumption.

The beauty of a polymetallic deposit that contains silver, means that it acts as an offset on the cost of production of the other metals like copper, or lead or zinc. The problem though, is these other miners are usually not particularly interested in the silver. It doesn’t matter if the silver price rises, it’s highly unlikely to encourage them to go find more.

We face a similar problem with scrap silver, which often fills the gap in the silver market. At present, scrap silver makes up around 7% of total silver supply. While there is some sensitivity to the price, its industry driven not consumer driven. If the price rises, we are unlikely to rush off and cash in our electronic devices or knives and forks for a few bucks.

The price needs to go higher to find more

The low silver price is a disincentive for miners to go find more, yet the total silver market is in a precarious balance. There’s no room for industrial demand to increase, though it’s highly likely it will.

We use copper in almost all of our electrical items because it’s cheaper, and we tolerate the slightly reduced electrical signal speed for the cheaper product. This is a luxury we may not have in years to come.

Our tech-heavy future will need to transfer information at far more rapid speeds than today. In some industries, silver is being used as a coating for copper cables for nanosecond transfers (which is one billionth of second). Adding a thin layer of silver speeds up the signal and reduces voltage drop.

It’s not the known uses of silver you should be watching, rather it’s the unknown future use that could drive silver higher. Rapid changes in technology could put pressure on supplies – and ideally – nudge the metal’s price upwards.

There is a squeeze coming, just not the way the Redditors thought.