Should you invest in renewable energy stocks in 2023? 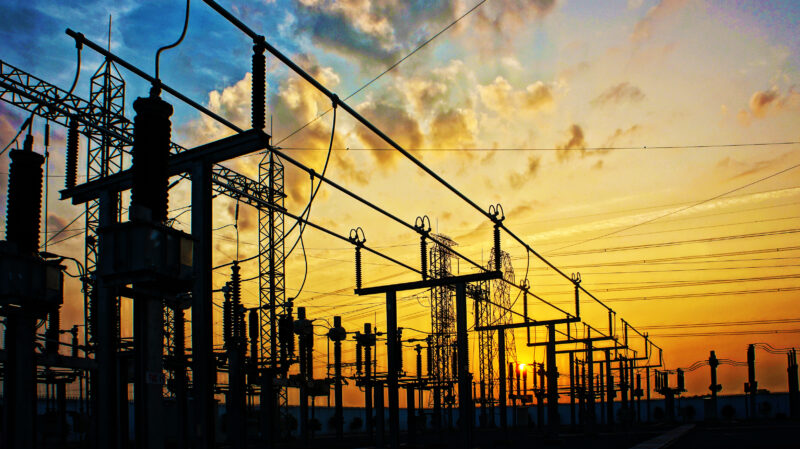 What gets classified as a renewable energy stock?

“Renewable energy” is one of the hottest topics in the financial markets at present.

It finds itself at the top of many policymakers’ agendas, with the world battling to combat the issues of climate change and rising energy prices.

It’s also a broad segment, encapsulating many different energy sources. These include, among others, wind, solar, hydro, geothermal, and biomass.

By definition, renewable energy is “green” energy derived from natural sources that can be constantly replenished. For example, there’s no limit on the amount of wind that blows, or sun that shines. In contrast, there’s only a finite quantity on earth of non-renewables, such as coal.

Renewable energy stocks are those companies that produce and distribute these energies, and also include those that develop the necessary infrastructure and components to obtain renewable energy from its source.

Whether emerging energy trends, such as nuclear and hydrogen, come entirely under “renewable” energy sources is up for some debate.

The ingredient used in nuclear energy generation, uranium oxide, is a compound of finite supply found in the earth’s crust. However, when the nuclear energy is generated, no greenhouse gas emissions are emitted.

With hydrogen, around 95% is created using non-renewable sources, such as coal and oil. However, when burned, hydrogen emits only water vapour and warm air.

A better description for both nuclear and hydrogen could be “low carbon.” Nevertheless, both sources of energy are re-shaping the energy industry of today and tomorrow.

Stand by for an edition of Exponential Investor related to hydrogen within the next week or so.

For this edition of Exponential Investor, we will focus on energy sources that are entirely renewable, as mentioned above.

Are renewable stocks a good investment?

Given the current green energy transition, renewable energy stocks could be a prudent investment. Money is pouringinto the trend at a fast rate.

To give an idea of this investment growth, the annual average growth rate in clean energy investment in the five years after the Paris Climate agreement was 2%.

The Paris Agreement was a global framework set in 2015, which sought to reduce global greenhouse gas emissions.

Since 2020, the annual average growth rate has increased to 12%.

Solar power is currently the most popular renewable energy input, accounting for almost half of new investment in renewable power. In addition, renewables made up 19.8% of electricity generation in 2020. This is expected to rise to 35% by 2030.

Therefore, the hard numbers suggest clean energy adoption is rising, with renewable power set to make up a larger chunk of this.

Stock-market indices also point to a surging renewable energy sector, too. The iShares Global Clean Energy ETF (ICLN) is one of the most well-known metrics for the health of the renewable energy market.

Given this year’s turbulent macroeconomic conditions, one might easily expect ICLN to be in the red.

With clean energy currently outperforming the wider market, now could be an opportune moment to make your portfolio greener.

This begs the question: who’s behind the renewable energy resurgence?

Who invests the most in renewable energy?

In the first half of 2022, China spent a whopping $226 billion on renewable energy. In comparison to the same stage in 2021, the country doubled its wind-power spending to $58 billion and trebled its solar-energy spending to $41 billion. China is also aiming to generate a third of its energy from renewable sources by 2025.

In addition, as part of President Joe Biden’s historic $369 billion Inflation Reduction Act, passed in August, around $10 billion will be allocated to boosting solar and wind power. In fact, President Biden is hopeful of developing 950 million solar panels and 120,000 wind turbines by 2030.

Finally, the UK is also deserving of a mention.

For example, our offshore wind capacity is set to increase from 11GW to 50GW by 2030, with the government allocating £200 million in grants to the sector.

Solar capacity is also set to increase five-fold over the same period, rising from 14GW to 70GW.

This is part of the UK government’s wider net zero strategy, which seeks to unlock £90 billion in investment by 2030 and reach carbon neutrality by 2050.

As you can see, strong policy support is underpinning the adoption of renewable energy. This shows the credibility behind the trend – a trend which is also being fuelled by private investment.

In fact, around 60% of investment in renewables comes from the private sector. Also, in the year to 23 May, private equity investment increased around 144% on the previous year. It currently stands at $11.92 billion.

This shows the nascency of the technology, of which investors should remain wary. With many smaller-scale, private companies orchestrating the renewable energy trend out of the public eye, larger renewable companies with a solid track record are a little harder to come by.

However, this does also mean that there is lots of upside potential to be had in the renewable energy sector. When private companies inevitably reach the public markets, in order to raise further capital and increase exposure, the renewable energy market could grow into something far bigger.

The UN Climate Change Conference (COP27) will take place between 6 and 18 November. COP27 will see leading policymakers from around the world meet to discuss ways to reduce greenhouse gas emissions and tackle the issue of climate change.

The green energy transition was in part fuelled by the landmark COP26 summit last year. So, in our view, COP27 will provide further fuel to the fire of the renewable energy transition, and once again bring it to the forefront of investors’ minds.

Of course, delivering on these targets will largely be down to the private markets. As a result, we believe renewable energy companies could add value for shareholders, even during these turbulent times.

How can you find the hottest renewable energy stocks for the future?

In our view, this can be done using the Financial Times stock screener, a useful tool to quickly identify thematic investment ideas across several jurisdictions. You can view it here.

Select the country you want, and then click on “Energy” under the “Sector and Industry” section.

Then, click on “Alternative Energy” which includes all the publicly listed renewable energy companies worldwide.

To supplement your stock search, the World Economic Forum has some excellent, insightful information on the latest developments in the renewable energy world. You can view this here.

Finally, ETF.com can help you find diversified exposure to the renewable energy trend. ETFs, or exchange-traded funds, track an index based on a basket of stocks that is centered around a thematic investment idea.

You can’t physically buy the ETF on the site. You’d have to do that through your broker.

Select the “Renewable Energy ETF” icon to check out the current renewable energy ETFs on the market. Be aware that some ETFs will contain public companies, private companies, a mixture of both, or more complex financial products.

Be mindful of what you’re actually investing in before you choose to proceed.

Nevertheless, ETFs can provide broader exposure to the renewable energy trend if you prefer.

PS With the current state of the market, perhaps you’re looking for some steadier, alternative ways to grow your wealth right now.

And in that case, our new “Retirement Pot Accelerator” could provide you with a unique opportunity you won’t find anywhere else.

It’s the first of its kind in the UK. And it’s based on a conservative method of wealth-accumulation that aims to turn small, regular gains of just 5-8% into a big retirement pot over time.

This year alone, it made an 89% cumulative gain through backtesting from the start of the year through to August – although not every trade it made along the way was a winner.

And that kind of potential ROI – almost double your money – makes me think you’d struggle to find a much better way to spend tomorrow afternoon, than attending our private webinar and finding out what it could do for you. Click here to get a free pass.