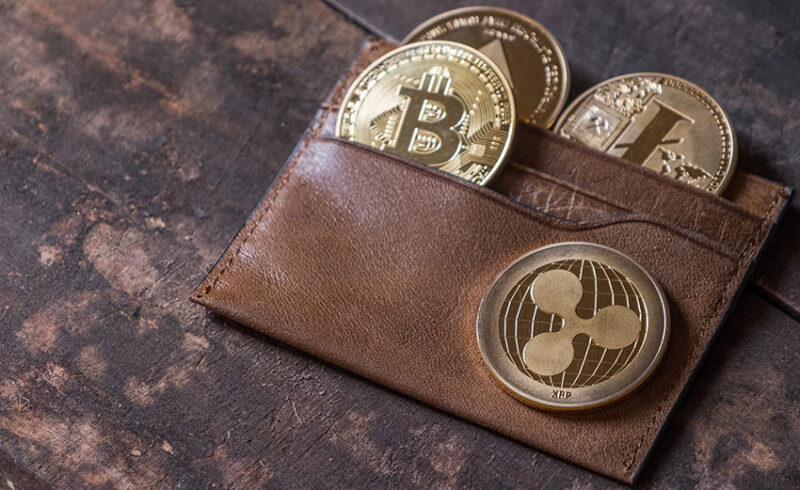 I’ve given up trying to explain to people what crypto is.

At this stage of the game, I’m exhausted from the same old thing for skeptical “nocoiners”.

If you’re still in that camp, I’m sorry that I can’t help you now.

If you’ve already figured out that bitcoin, crypto, decentralized, distributed open-source networks are none of those things, congratulations, you’re going to make it!

I know all those things sound silly to those who’ve decided to learn about how the crypto markets move, but I still hear them all pretty much every day.

This tells me a couple of things.

And it’s point two that I want to focus on because it’s easy for me to say we’re still early, but when bitcoin has just crossed $68,000 for one single bitcoin, it’s hard to think we could still be early in this revolution.

According to Yahoo! Finance ,

“… the Conservative life-peer said that “trading characteristics that are currently associated with crypto assets will become normal patterns of business with conventional assets as they are tokenised.

“This is going to happen, we have probably got to a point where this is unstoppable,” said Lord Hammond.

Now to be honest, I don’t much care for what Lord Hammond thinks.

But he carries a far bit of clout in the world of traditional finance (aka TradFi): those who perhaps hadn’t been taking crypto seriously, may see this and think, “hmm, maybe we are missing a trick here.”

So, it doesn’t come as any great surprise to see that institutions are taking a much greater look at crypto markets.

For example, the Head of Equities at Jefferies Financial Group (NYSE:JEF) a $10 billion market cap global asset manager, has decided to increase that firm’s bitcoin exposure…at the expense of its gold allocations.

That company now carries a 10% allocation to bitcoin.

Jefferies has not gone “all in” but taken a smart, portfolio-savvy approach to exposure to an asset class that can perform spectacularly well – if in a volatile way.

The firm is a little late, sure, but still making the smart move.

This fits in exactly with previous predictions we’ve made right here at Exponential Investor as to how bitcoin’s price could feasible reach $1 million in the coming years.

As major financial institutions start to allocate sizeable weightings of their portfolios and treasuries to bitcoin, it has the potential to create such a demand and supply imbalance that the rush of money into bitcoin, could smash its price higher and higher.

But this move from major “TradFi” organisations is merely the old money looking for a new way to make…old money.

The more important developments happening in bitcoin that TradFi simply doesn’t even know about are coming and it could blow the socks off the bitcoin and crypto markets once again.

There’s an event happening this weekend that I think will change the very fabric of the crypto market.

In fact it’s already started to pump life back into the market and it hasn’t even happened yet.

The good news is this even taking place likely on Sunday is guaranteed to take place. It’s locked in, can’t be changed, and 100% certain.

Those in the TradFi world have no idea about it. They still think they’re responsible for bitcoin’s surging price. They couldn’t be more wrong.

But don’t just take my word for what’s happening…

Zhu Su is one of the most respected voices in crypto. The market and the crypto world takes note when he speaks. And this week he broadcast this to his 325,500 followers on Twitter,

That “soft fork” he talks about is the upgrade to Bitcoin’s code that’s guaranteed to take place this weekend.

It’s been on the cards now for months, but only now is set to activate this weekend. People don’t realise how big this upgrade is, or how important it is to Bitcoin’s future and how it could unlock even more potential in bitcoin’s price…

More importantly, there is a sub-set of crypto that I expect to boom off the back of this upgrade.

It’s why for weeks now you might have heard me banging on about this. It’s why I put together a special broadcast explaining exactly what’s happening, why it’s happening and two crypto that are primed to boom because of it.

The time to move on these kinds of developments Is before they happen. And since I first put together this broadcast bitcoin has pressed on to all time highs.

It topped $68,500 this week, not quite the iconic $69,420 the crypto market really wants to see (for reasons I’ll explain another day), but still a new all-time high.

This I believe is in part to the anticipation of the upgrade happening this weekend.

If you want to know more about it, what you can do about it and the kinds of crypto that could boom from it, then make sure to check out our broadcast here.

By the end of Sunday night, I’m expecting that bitcoin will have crossed into $70,000 range and continue to press onwards towards $100,000.

Longer term, our view that bitcoin could reach $1 million is still very much intact. Those kinds of numbers, the skepticism still amongst TradFi and the continuous momentum from massive institutional money tells me, we’re still very early in this crypto revolution.

Sure, the TradFi newcomers will have their moment, but those who really know about crypto and the revolution taking place are the ones I believe will reap the real rewards.

All you have to do is understand, which I will help you with here.