There shall be no losses

For around three years there’s been a big group of people who have been languishing with a trade they made.

It was January 2018 and crypto markets were in full swing of all-out FOMO and investment euphoria.

At the time it didn’t appear that we were at the latest cycle’s peak.

In fact, with the bigger long-term view of how this ecosystem was set to move forward, it seemed like it was really just the beginning.

But it would prove to be that for the time being January 2018 was the peak of the market for at least that cycle.

Hence there had been a bunch of investors that really only stared to get into crypto in a meaningful way around the end of 2017 and the start of 2018.

Unfortunately for those who were new to it all in 2018, things would head in one direction for some time after that… down.

Notably, when most people were stepping into crypto for the first time back then, it was typically through the two big crypto, bitcoin and Ethereum.

The next three years would be a test that newcomers would need some incredible resilience to withstand.

However, resilience in a technology revolution is sometimes needed in order to realise the full potential of truly game-changing opportunities.

Yesterday, that resilience paid off. However, that’s not the really big part of what you should know today. It’s just the precursor.

That meant that anyone who purchased bitcoin right at the top of the previous cycle that peaked in January 2018 was now in profit. At that very specific time, no one that ever bought bitcoin would be showing a loss had they held on to their bitcoin through 2018, 2019 and 2020.

On Tuesday (yesterday) the same thing applied to Ethereum, the second biggest crypto by (the very average measure) of “market cap”.

On Tuesday Ethereum’s ETH crypto broke just past its previous all-time high from 2018. That meant that everyone that had purchased and held on to their ETH at this very specific time, was also in profit.

Three years of constant wondering if they’d made a crushing and critical mistake buying at “the top” washed away as the ETH fiat-converted price made new highs.

Unfortunately the reality of the situation is only those who held their positions through 2018, 2019 and 2020 have seen their ETH values bounce back.

Those who lost belief in the underlying technology, the underlying potential of a globally distributed layer-1 network, the ones who cut their losses and decided crypto was one big “tulip bubble” are likely ruing that decision now.

It’s easy to understand that position. To be fair, I’ve made plenty of wrong calls in crypto over my time. As I explained yesterday, the biggest has been worth around £27 million to me.

But you only learn from the mistakes you make in the past. You do your best not to repeat them.

It’s also likely I’ll make mistakes going forward in crypto and stocks investing. It’s likely you will too. In fact, I argue it’s impossible not to make a mistake when it comes to investing.

Anyone that says they’ve never made a mistake is probably lying to you and I dare say, not to be trusted.

The thing is, when it comes to your crypto or stock investing, you want to make sure that when you’re right, you’re really right and that more than compensates for any mistakes. Or losses you might catch along the way.

It’s that high/risk, high/reward approach that I like to take and that I think people should take with a part of their wealth that they are prepared to put on the line.

My take is that over the long term, if you aren’t prepared to take some big risks somewhere, you’ll still probably doing ok investing, but the big wealth, that only comes as you ramp up risk.

It means that you need to pre prepared to stomach something like Ethereum going from US$1,400 as it was in January 2018 all the way down to around US$84 as it was by December 2018 and still have the conviction that the big-picture view is something still worth chasing.

I first recommended Ethereum to subscribers back in April 2017 when Ethereum was just $64.50. We rode it all the way to the peak of 2018. We also rode it all the way down to the depths of 2018. It would have been easy to say then, you know what, this is still in profit, let’s take that and move on.

But for me the underling opportunity of something like Ethereum continued to ring true. So we did the hardest thing to do with such massive volatility… we did nothing.

That view has paid off as Ethereum has now gone to edge past its all-time highs this week.

Now the question brings itself back as it once did in 2018 – does that mean now is the ripe time to buy Ethereum?

Well, frankly you need to assess a lot more than just price if you’re now thinking about jumping into something like Ethereum, or any crypto for that matter.

I’m not saying to jump in head first. If anything you need to exercise great caution and consider where your upside is from here. And that quite possibly, Ethereum and bitcoin may not be the only opportunities – there may be others that you need to know and understand to get the most out of investing in the crypto markets.

It’s no surprise that a lot of crypto prices have started to push higher recently. The hard part about it is if you’re seeing some of them shift over 100% in a week, do you move into them, or do you leave them alone?

Also, how do you ensure that you’re actually investing in this space in the right way, with the right approach and the right information? My take is there’s a lot of good information out there that you can try and sift through, trying to avoid and dodge the scams and risks yourself.

Or you can turn to experience, expertise and a long runway of people like us who’ve been in this space for over a decade, who’ve seen peaks, troughs, scams, fraud, but also the incredible developments, the potential this world is building out and how the future of it all might look.

My take is if you’re starting off now, still not sure what to do or how to do it, then you need some hand holding, a guide on how to navigate what is fast becoming the most important financial revolution of the millennium. Perhaps all of history.

I’d suggest to keep tabs on what we write to you here, because soon we’re going to release something about the crypto markets that I think you’ll want to stand up and take notice of. 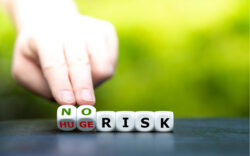