What the mainstream isn’t telling you about the energy crisis 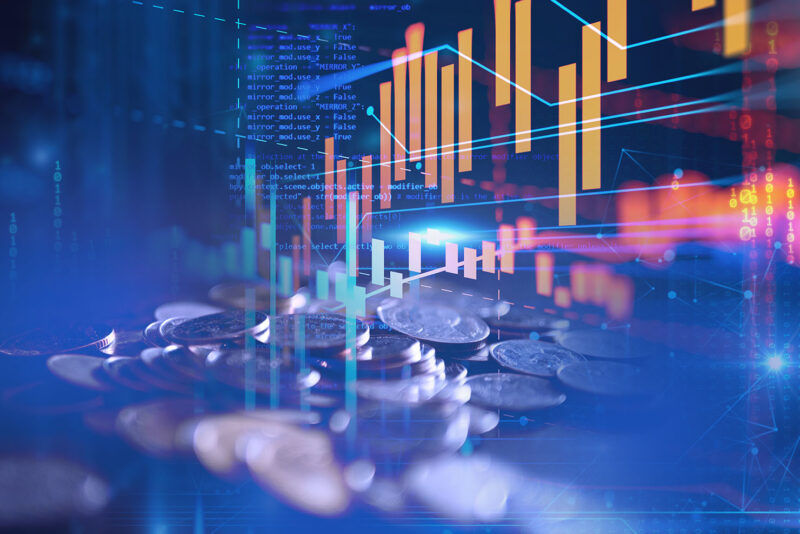 It might be an industry or specific stock that is having a purple patch.

Many investors see this and jump on board the hype train, thinking it’ll be the best way to make a quick buck – if you’ll excuse a mixed metaphor…

A common story involves the average retail investor who jumps on to a story after the best returns have been made, and then lament their decision when it plays out and that they find that they’re late to the party.

But you’re not the average investor… and we’re not the mainstream media.

That’s why we want to open your eyes to the real energy story playing out in markets right now.

As an investor, these are certainly the “sexy” investments of today but where’s the real story and opportunity of tomorrow?

Well, read on to find out.

Oil, it’s not all about you

For those looking to play the current geopolitical crisis, you’d be forgiven for having a dabble in the oil markets. And if you’d had the foresight, over the last couple of years you’d have enjoyed one of the greatest trades in the market.

Consider what has happened to the price of crude oil.

Since the April 2020 lockdown lows, when it was trading at negative prices as low as -$40.32 per barrel (i.e., where incredibly, oil producers paid buyers to take it off their hands), it has soared in the following two years.

Investors are licking their lips at the prospect of further price increases, with crude oil currently sitting at a $110 per barrel – an eight-year high: it looks destined to touch the $150 per barrel mark.

Even before this Russian/Ukraine war kicked off, analysts at Bank of America were looking at a rise to $200 per barrel.

One of the ways to have played this over the last two years would have been something like the WisdomTree WTI Crude Oil 2x Daily Long ETC (LSE:LOIL). On 28 April, the ETC touched a price of $1. This week it traded as high as $23!

Here at Southbank Investment Research, our bet is that a load of investors are piling in now, well after the massive gains have been and gone.

And with the eyes of the market concerned with the next “long” opportunity on oil, and most likely gas too, investors in our view are missing the bigger picture.

That bigger picture is the most important political policy that will come out of this war.

A policy that will reshape opinions and perception and ultimately the market for energy.

The need to be reliant on no one else for energy ongoing except your own country.

No more reliance on the United States, or the Saudis, and certainly not the Russians.

It’s a pathway to making sure all the energy you ever need is generated and supplied within your own borders.

And for so many countries that aren’t sitting on swathes of natural resources to make this happen, in our view there is one massive opportunity that no one is considering that could be about to see a resurgence and a golden period of opportunity.

Nuclear: no longer a dirty word

The way we see it, the most exciting energy opportunity on earth is the potential of nuclear power.

What’s important to understand is there are two kinds of nuclear power. One that is accessible to us today (nuclear fission) and has undergone huge advancement and development over the years. The other is a breakthrough future nuclear power (nuclear fusion) that could solve all the energy issues we face – but which is still very experimental and commercialisation still years away.

While nuclear fusion is breathtakingly exciting and there will be huge opportunity in the years to come, right now it’s not really investable. Which is why our take is that nuclear fission reactors and energy creation is where the real immediate opportunities will come from.

Nuclear fission is when neutrons are blasted towards atoms in a nuclear reactor, causing an isotopic atom (e.g. uranium) to split into two. The split releases vast amounts of energy, which is then used to heat water and create steam. It’s this steam by-product that is then used to spin up a turbine, producing low-carbon electricity with almost no immediate environmental impact.

Nuclear power is actually one of the most clean and green and efficient ways to generate power on earth.

While the uninformed punters might have you believe it’s a radioactive nightmare, imminently about to turn you into some kind of mutant on the threat of an impending “melt-down”, the reality couldn’t be further from this hyperbole filled mainstream narrative.

Currently, around the world, there are 440 nuclear reactors across 32 different countries.

Closer to home, the UK currently has 11 nuclear reactors across five locations, and is due to open its largest ever nuclear power station in 2026. It won’t come cheap, with an estimated cost of £26 billion.

According to the World Nuclear Association,

UK energy policy since the 2008 Energy Act has largely been built around reducing carbon dioxide emissions rather than security of supply or cost.

Our view is that’s about to rapidly change. Energy security and reducing costs is the most important issue of today. And it’s an issue nuclear power can solve.

The most notable indication of this pivot to security and cost reduction will be the new Hinkley Point C nuclear plant in Somerset coming online in mid-2026.

Hinkley Project C will alone account for 7% of the UK’s energy supply when in operation. Currently, around 16% of the UK’s electricity is generated by nuclear power.

There are early ripples of a resurgent nuclear energy movement here and, we think, around the world.

With attitudes towards nuclear energy gradually changing, and the realisation that energy security is of the highest importance, we could be on the cusp of a nuclear boom.

So, whilst investors are pre-occupied with oil, gas and renewables, the smartest play in the market right now might be nuclear.

On another note, our colleagues James Allen and Kit Winder are unravelling the complexities of the energy market for investors just like you. These two experts have recently put together one of the most important investor briefings you’ll see this year.

It’s a five-day long series of interviews, pulling in experts from all over the world to pick apart the energy market right now, what’s happening and where investors can profit from it all. It’s a completely free access briefing for Exponential Investor readers like you, so make sure to get your special access viewing pass here – the briefings go live TODAY and each interview will only be online for 24 hours. Make sure to catch them all and don’t miss a moment of it.