Why aren’t gold stocks keeping up with spot gold? 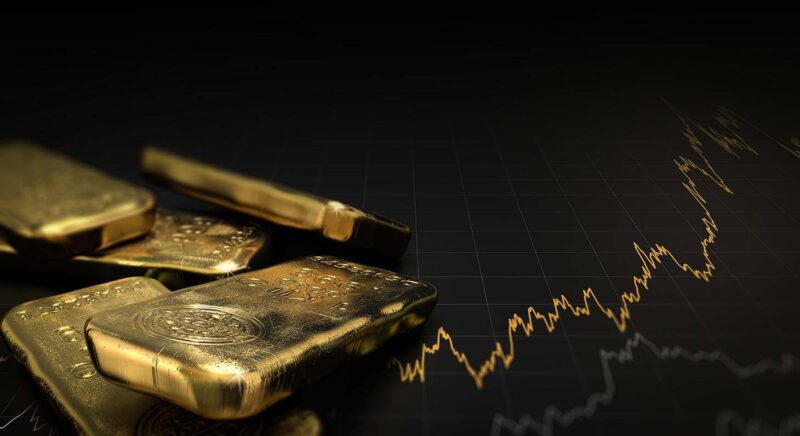 “Nobody grows up wanting to be a gold analyst,” said a friend to me a few years ago.

Even if I had known a previous metals analyst was a proper grown-up job, I’d never have been interested. It didn’t sound cool.

Through my early teen years, I swung between wanting to be an astronomer, a journalist, and a helicopter pilot. These all sounded way cooler than a “gold analyst”.

In spite of good grades in maths, I don’t have the savant gift required for physics. So that ruled out any employment at NASA. At five feet and four inches, my shortness ruled out a gig as an army helicopter pilot. That, and you try telling me what to do, I dare you… so I probably wouldn’t have lasted long anyway in the military.

At no point did I ever think I’d make a name for myself writing about gold.

Which by the way, I learnt from my father through our early morning chats with ciggies and badly made Nescafé coffee in the kitchen in the morning before high school.

And I certainly didn’t think all those years deeply embedded in the Australian gold sector would morph, later in life, into passion for rocks in the ground.

It’s funny how things turn out…

Why aren’t gold stocks keeping up with spot gold?

It has actually been a good time to be in gold.

The yellow metal is well off its March 2022 high when its price measured in US dollars.

But… if you look at gold measured in sterling, it’s less than a hundred pounds of its all-time high.

The yellow metal’s price is down almost 6% from the March 2022 peak of £1,580 per ounce, yet gold is up 12.60% since the start of the year. There are not many other investment assets about which you can say that.

Gold is in a glorious place. The mainstream media has forgotten it existed, but there is still money flowing into the metal, keeping the price high.

In fact, gold-backed exchange-traded funds (ETFs) have had four months of positive net inflows. That means that more people have been buying positions in gold-backed ETFs than selling them. So, even with the recent sell-off, it seems that people are still interested in gold for the long term.

Meanwhile, the story has been rather different when one considers what has happened to the prices of gold mining companies.

That’s important to note, as the prices of gold miners tend to follow what’s happening with the gold price.

GDX aims to replicate the NYSE Arca Gold Miners Index (NYSEArca:GDX), which in turn aims to track the performance of globally-listed gold producers.

The remaining 25.52% is based on gold mining companies located in Brazil, South Africa, and China.

However, you’ll notice that GDX is much more volatile than the physical pound sterling gold price.

This is because GDX is based on gold miners around the world. Essentially, GDX is a mashup of international company share prices plus various currency movements.

What following the GDX does tell you though, is how the market values major gold producers all over the world.

More to the point, you can normally expect some correlation between the two. Both XAUGBP – the price of gold in sterling terms – and GDX tend to follow the same direction, but they don’t necessarily move in lock step.

Come March this year, that correlation broke. And we’ve been left with a major disconnect between the gold price and major gold producers.

At this point in the discussion, it all becomes very simple.

And it has nothing to do with the gold price, believe it or not.

A good rule of thumb is that oil-related costs account for about 10% of their total expenses. A number is a little more for underground miners.

Oil is a key component for many of the goods used on a mine site – like chemicals, for example, or tyres.

However, that’s the not only pressure keeping the profits and share prices of gold miners down. Gold mining is an extremely energy-intensive business. They are facing the double whammy of an increase in non-oil energy costs too.

If you factor in the enormous electrical component of mining (for extraction, crushing, sorting, onsite refining – not to mention all the other forms of machinery like tractors, trucks, cars, industrial tools, water pumps) their energy costs have risen. Without a rising gold price, gold producers’ profit margins will have come under pressure.

With oil and energy costs tipped to remain high for some time, gold miners may continue to underperform the yellow metal itself.

﻿PS. In the near future I expect 1000s of people will be chewing on the same regret at the same time, asking themselves “why didn’t I get in earlier?”. If you want details on which gold stocks could soon burst out of the traps, my colleagues Nick Hubble and Eoin Treacy share their thoughts in this ﻿exclusive gold investing broadcast. ﻿It’s only online for a very short time. Tune in and you will walkaway with Nick’s #1 gold trading idea for right now. ﻿Don’t wait for gold to move – get clued up now.